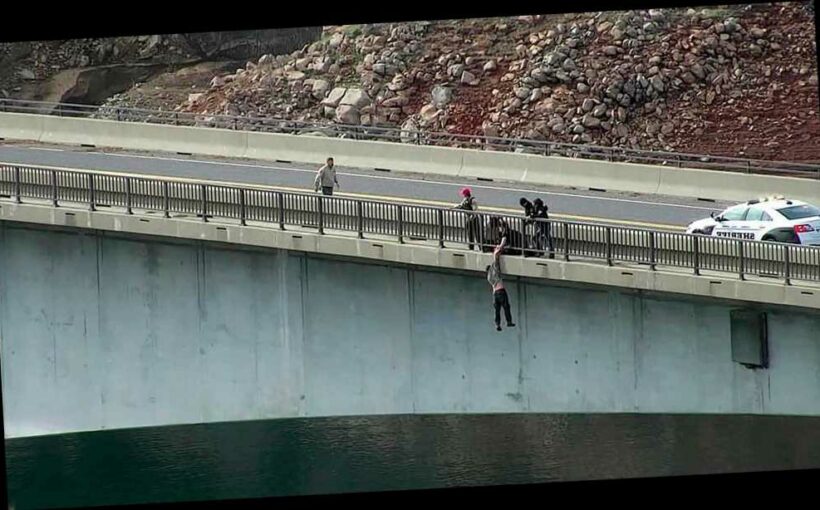 This is the jaw-dropping moment a hero cop saves a man about to jump off a bridge by grabbing his arm.

The shocking images show the man dangling 150ft above the New Melones Lake in California while the sheriff’s deputy is trying to pull him over the railing. 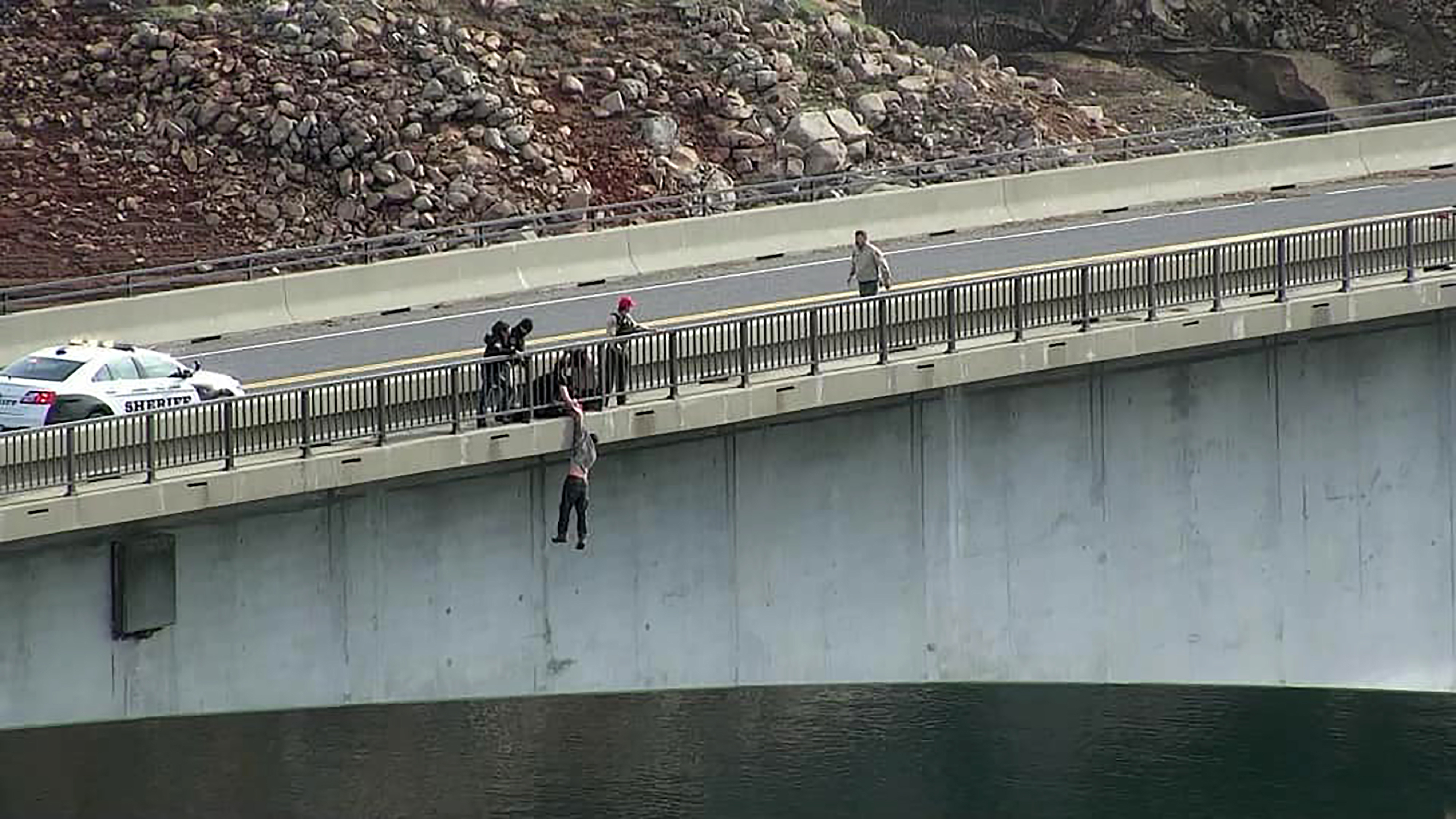 The incident took place in Vallecito, California on Monday, when a suicidal man attempted to jump off the Sierra Nevada bridge but luckily he was pulled to safety.

As the Tuolomne County Sheriff’s Office received a report that a man had threatened to jump off a local bridge, agencies began to scour the area around the two bridges in Sierra Nevada.

During the search, the man's car was located near the Parrotts Ferry bridge.

A few hours later a boat patrol and deputies from Tuolomne and Calaveras County sheriff’s offices began another search.

The man was found standing on the bridge.

The authorities said they talked to him for about ten minutes but then he climbed over the railing and tried to jump. 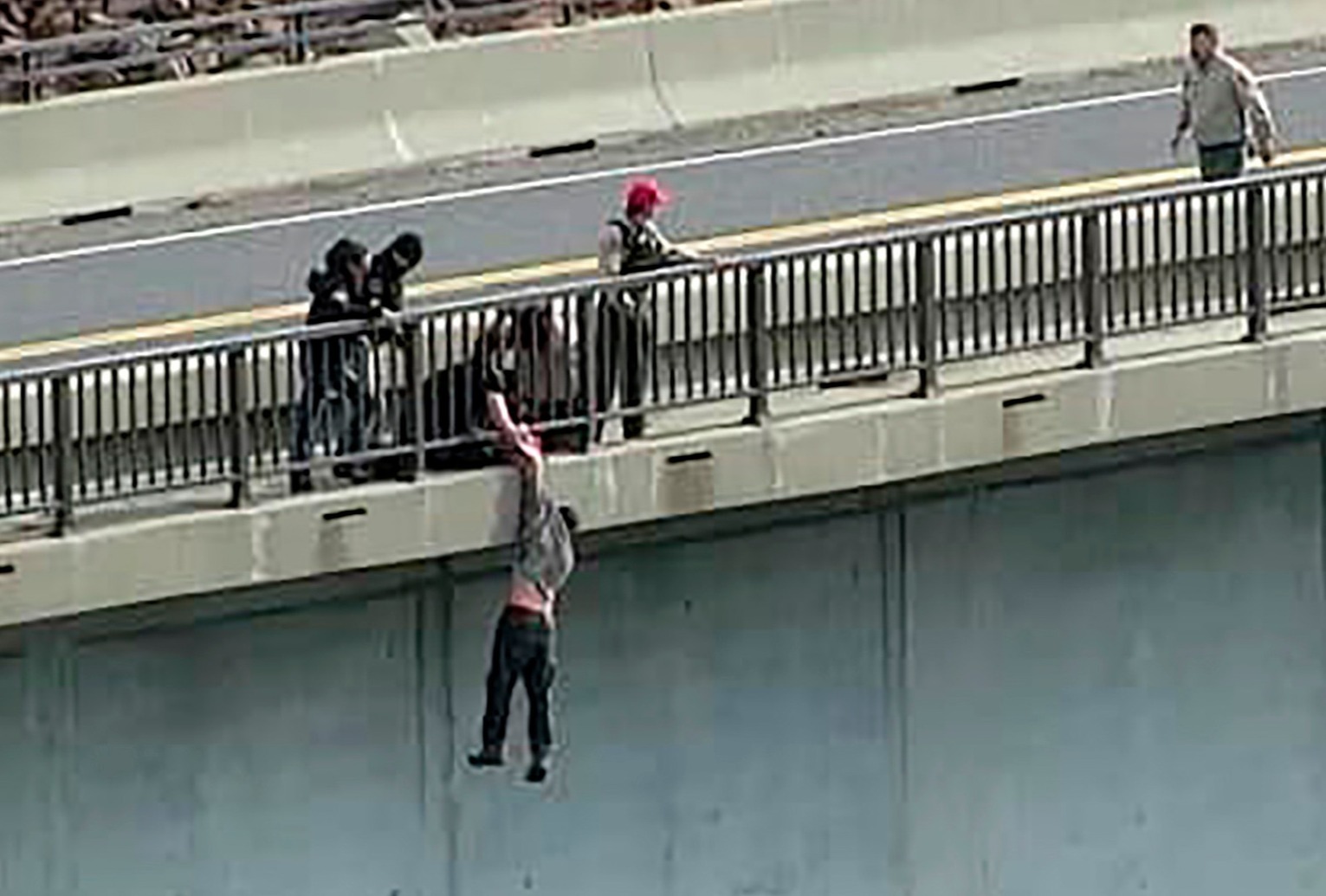 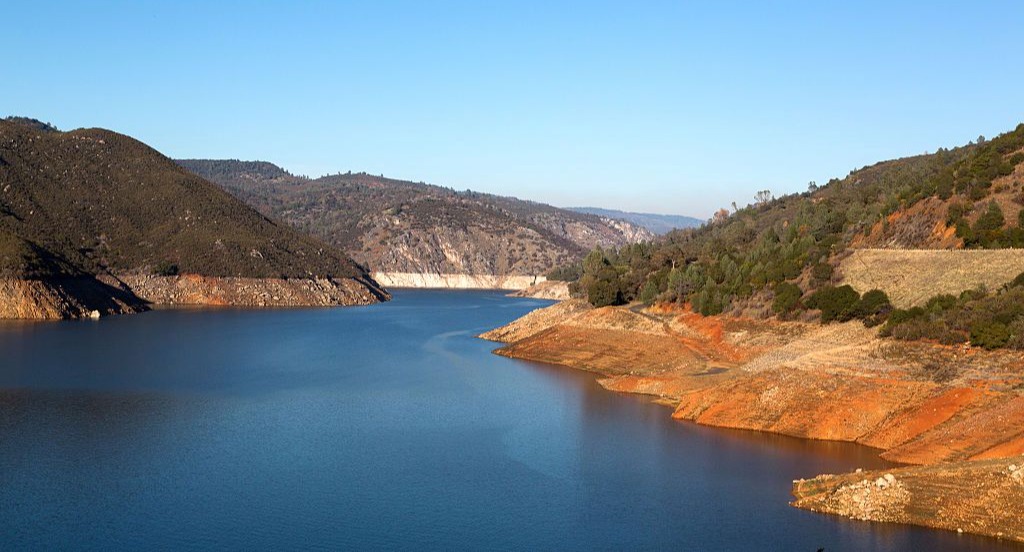 It was then when Tuolomne County sheriff’s Cpl. Andrew Long lunged through the railing and grabbed the man by one arm, holding on for about 30 seconds.

With the help of the other members of the search and rescue team, he was able to pull the man to safety,

The Tuolomne County Sheriff’s Office statement said: “We want to thank all of our allied agencies and the heroic work of all law enforcement personnel today. Your bravery, dedication and persistence saved a life.”

If you are affected by any of the issues raised in this article, please call the Samaritans for free on 116123.

EVERY 90 minutes in the UK a life is lost to suicide.