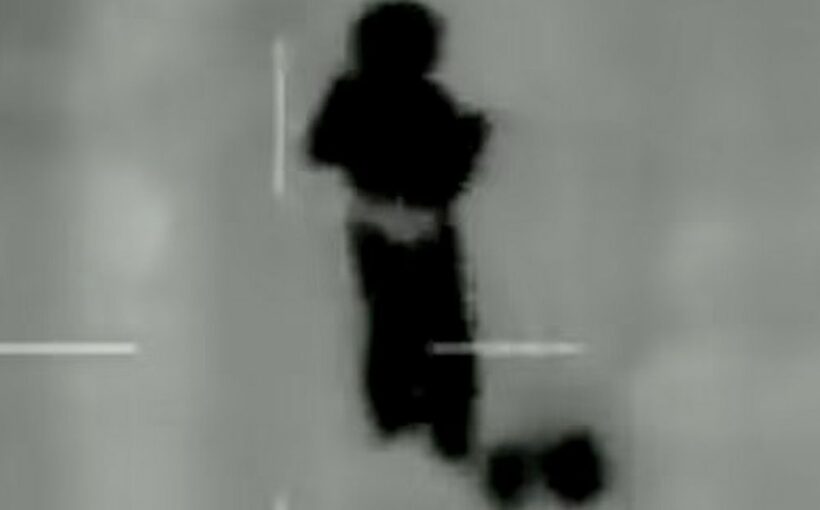 A police helicopter found a six-year-old girl sleeping in a field after she ran away in "every parent's worst nightmare".

In the clip, the countryside in Devon is filmed from above with infra-red as the crew look for dark spots which are signs of heat.

The camera picks up the heat from animals before finding the shape of a figure that turns out to be the little girl cowering by herself in the dark.

National Police Air Service (NPAS) said the child was rescued and reunited with her "terrified" parents on Saturday, August 7, after vanishing at around 9:30 pm.

Writing about the incident on Twitter, the force said: "Here is the moment a police helicopter located a missing 6-year-old child at night after every parents worst nightmare was realised.

"Missing from a farm in a rural setting at night, she was located in the pitch dark by our helicopter crew using their infra-red camera system.

"She was found asleep in a field, over a half a mile away from her home."

The footage was watched more than 22,000 times and many viewers were full of praise for the police and helicopter crew.

One said: "Great job in these circs you are invaluable to the guys and girls on the ground. Well done all involved."

A spokesman for Devon and Cornwall Police said: "Police were called at 9.30 pm on Saturday 7 August after a young girl was reported missing from a rural property in the Umberleigh area.

"Officers attended and carried out an area search along with the police helicopter and a dog unit.

"The child was located safe and well in a field around 10.40 pm by the helicopter working with officers on the ground.

"She was taken to hospital to be checked over a precaution."