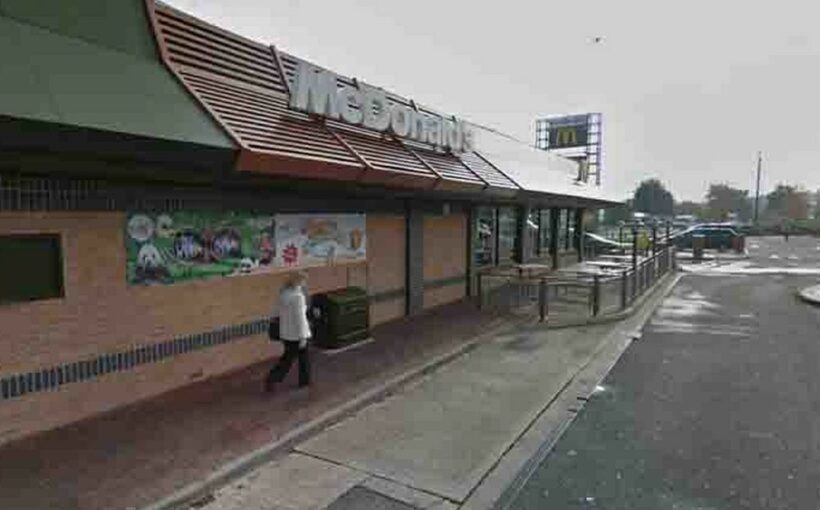 A homeless man was left 'in tears' after a McDonald's employee allegedly threw Coca-Cola over him outside one of the fast-food chain's restaurants.

The incident is alleged to have taken place at The Rock Retail Park in Birkenhead, Merseyside, near a McDonald's drive-through on the morning of Tuesday (September 21).

Tracy Martindale, a 53-year-old bus driver, arrived at the drive-thru at around 11am and saw the homeless man sobbing as he spoke with the restaurant's on-duty manager, according to the Liverpool Echo.

She was understandably "fuming" when she learned what had happened.

She told the Liverpool Echo: "It's so bad.

"You don't do that to another human being, whether they're beggars or not. You just don't.

"I was fuming. I was bouncing."

Tracy added: "I can't see people do that to other people."

After speaking with the homeless man, Tracy went to buy new clothes for him from the other side of the retail park.

Mandy Edwards, who manages Koala Charity Shop Claughton, was kind enough to give the coat, trousers, jumper and top to her for free.

The 52-year-old then said: "I said 'No, it's fine to just take them', because that's awful what they did to him. So we donated the clothes and said, 'just take them, that's fine'.

"They haven't got much dignity anyway. They're trying to keep their dignity, and then someone throws a thing of Coca-Cola all over them.

Speaking of when she returned to the homeless man with fresh clothes, Tracy said: "He was nearly crying. Oh my god, he couldn't believe that somebody was doing that for him.

"It was what he needed at the time."

A spokesperson for McDonald’s told the Liverpool Echo: "We are aware of this allegation and are investigating this as a matter of urgency."