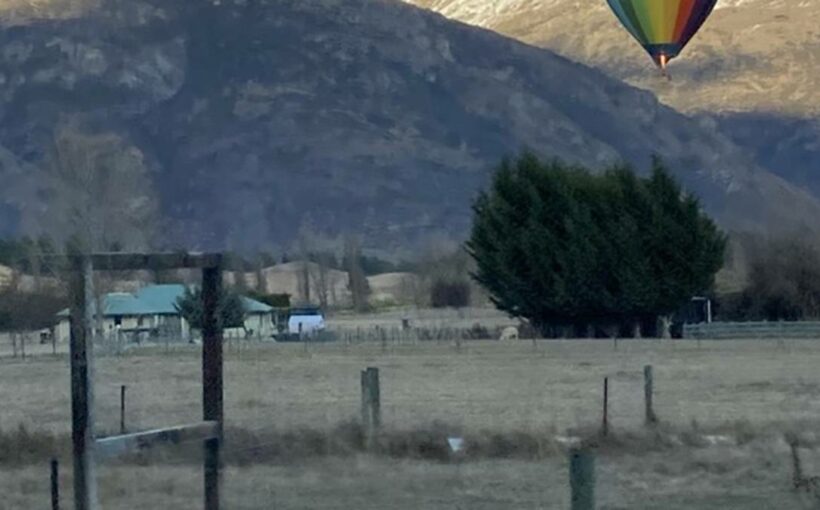 Eleven people have been injured in a hot air balloon crash near Arrowtown.

Emergency services were called to the crash, on Morven Ferry Rd, at about 10am.

A Fire and Emergency NZ spokesman said two crews, one from Arrowtown and one from Frankton are attending.

Photos from the scene show a rescue helicopter has landed in a paddock, flanked by several ambulances. A large semi-deflated balloon can be seen through tree branches. There are numerous power lines visible at the site.

A woman who saw the ill-fated hot air balloon moments before it crashed said it appeared to be coming down too fast and too low.

“I thought, ‘That’s coming down too fast’ and seemed a little bit in distress.”

She said it concerned her that it was so close to the ground in an area where it shouldn’t be.

“Normally I see hot air balloons all the time on a winter morningand as I was coming back home from the school run I noticed the hot air flying quite low and didn’t normally land in the Arrow Junction area. It looked like it was in a bit of trouble.”

Meanwhile, up to 160 homes are without power in the area.

Aurora Energy says – At the request of the emergency services we have turned off the power for the safety of emergency responders and the public as they attend an incident.

Another witness told the Herald: “I can see a coloured balloon just among the trees.”

However, the hot air balloon crash was nowhere near the road, the witness said.

Several ambulance vehicles can be seen at the site and a helicopter.

The man could not see the hot air balloon itself and had not noticed any in the sky early this morning.

Transport Accident Investigation Commission has confirmed it’s aware of the event but has not yet made a decision on an investigation.