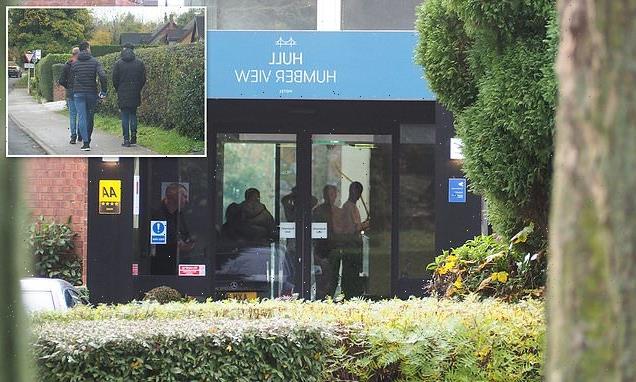 Up to 90 per cent of staff have lost their job at a hotel in Yorkshire following the arrival of asylum seekers and immigration staff, an employee claims.

An employee of the Humber View Hotel in Hull says she is one of up to ’40 employees’ to have lost their job since the arrival of new immigration staff.

She believes that this makes up around 80 to 90 per cent of all staff at the hotel in North Ferriby.

Some staff members had been made redundant while others were told that they would get paid for one week’s notice only, she claimed.

The employee said the general manager had separate meetings with the employees on Wednesday to tell them they were losing their jobs. 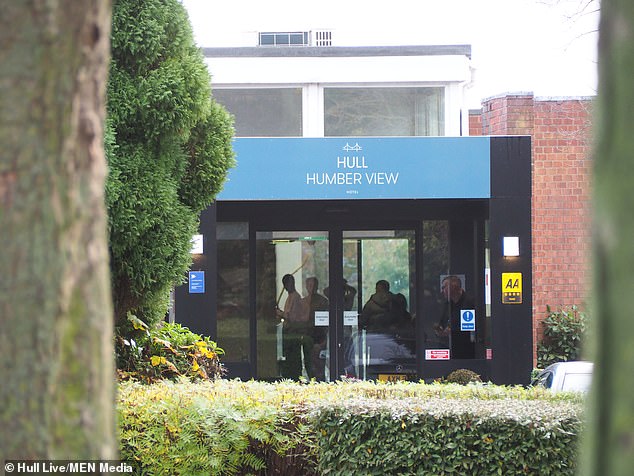 Around 16 immigration officers arrived at the hotel on Tuesday, before asylum seekers began arriving, the employee said. The company that manages the hotel declined to comment when approached by Hull Live.

News of the redundancies emerged as newly arrived asylum seekers described their harrowing journeys from war-torn Syria to North Ferriby.

Speaking to a reporter for Hull Live, one man said he was just happy to have a bed after ‘sleeping on the floor’ at the Manston Migrant Centre in Kent.

The hotel employee was not so happy however, saying: ‘It’s just not fair seeing your colleagues going out crying. It’s just not nice. I’ll be fine financially but there are a couple of people there, single mothers of two kids who are going to struggle.

‘It’s so divided the mood here. I felt like they knew the meeting today was for us to lose our jobs because the HR was there and you can see people walking out with their last belongings out of the hotel, but you can see the immigration [staff] cracking jokes.

‘It’s like, why couldn’t you say maybe let’s all be quiet because today is going to be a rough day for someone else. While we lose our jobs, they don’t.’

The woman added: ‘It was full of employees from the immigration office so it was taken over by them. They could be working in an office on other cases and let us still manage the hotel.’

The hotel employee said a number of senior employees at the hotel had lost their jobs. She claimed several others, including a number of managers and three chefs had been kept on. 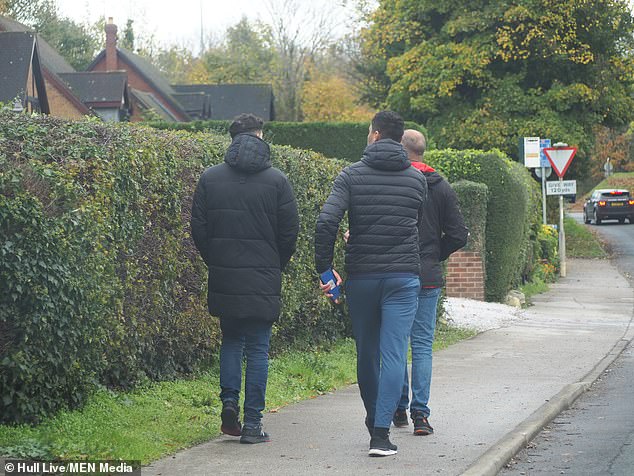 Around 16 immigration officers arrived at the hotel on Tuesday, before asylum seekers began arriving, the employee said

She counted five immigration officers in the meeting room on Wednesday and others scattered around the hotel including ‘five of the general ones in uniform’ and four to six immigration security officers.

She said she believed there were between 70 and 80 asylum seekers who had arrived to stay at the hotel and that all the rooms were full.

She added: ‘The frustration for every employee at the moment is the lack of information, and then when we get some it was that we were made redundant or given one week’s notice and that’s about it. I’ll be fine because I’ve got a husband to support me, but what about other people?

The lesson she had learned, she said, was ‘don’t depend on a job’, as ‘you’re never secure’.

She said she planned to take a break for a week or two before she started job hunting, but she felt sorry for her colleagues who would struggle, including one who asked if she knew anywhere that was hiring because she desperately needed to find a job as soon as possible.

The employee added: ‘I don’t know how I feel because no one is sympathising with us.’

A spokesperson for LGH, who manage the Humber View Hotel, told HullLive that the company did not want to comment.