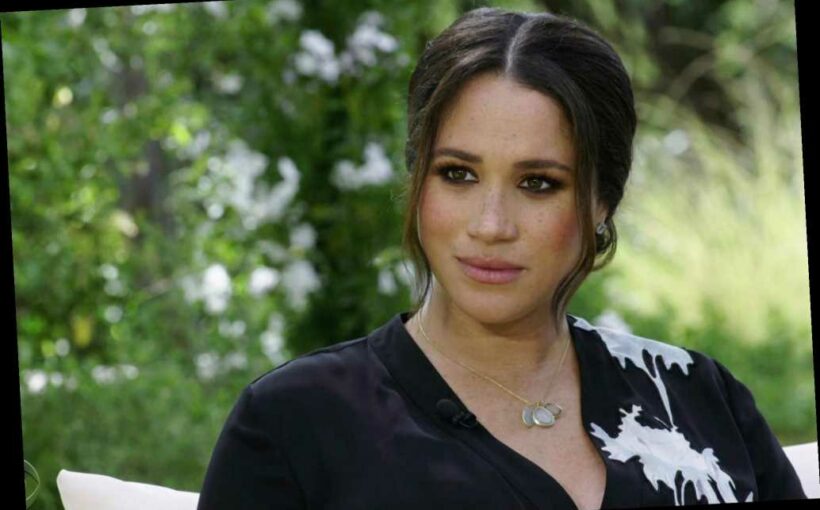 Why Trump wants Meghan Markle to run for president

GoFundMe to pay off Meghan and Harry’s mortgage fails spectacularly

Harry and William will attend Diana memorial together despite royal tensions

After my family and I immigrated to Canada from India in 2004, we faced several obstacles to success. We weren’t acculturated to Western norms and conventions, my mom couldn’t transfer her college credits and we struggled to make ends meet for a long period of time.

On top of the many economic hurdles we faced, I was consistently tormented in elementary school for looking different. I vividly recall my peers mocking me with caricatured Indian accents (despite my own westernized tongue) and telling me to “go back to where you came from.”

The combination of being dark-skinned, an immigrant, economically poor, subject to racist bullying and belonging to a minority religion (Sikhism) ranks highly on current tests for intersectionality, which attempt to “calculate oppression.”

Because of my identity and experiences, I would have been the perfect student for today’s “anti-racist” programs that have become pervasive in schools in the wake of George Floyd’s tragic death last year.

At R.I. Meyerholz Elementary School in California, for example, third-graders are instructed to deconstruct their racial identities and reflect on which identity traits “hold power and privilege” and which do not. Students also learn the “dominant culture” is upheld and perpetuated by “white, middle class, cisgender, educated, able-bodied, Christian, English speaker[s].”

I could have easily adopted a perpetual victimhood mindset and considered myself a member of the “oppressed class,” railing against white supremacy and systemic racism. But a victim outlook was completely antithetical to everything my mom taught me as a child.

From the great sacrifices she made to put food on the table, pay the bills, keep the house in order and never compromise driving my brother and I to our soccer games, she taught us that we are owed nothing from the world. We are the creators of our own destiny and it is our responsibility to overcome barriers and attain success; trivialities such as skin color bear no significance to that responsibility.

Perversely, we now inhabit a culture where victimhood carries more social currency than the excellence and achievement that my mother embodied. Victimhood is no longer conditional on trauma, suffering or some form of grievance. There are no legitimate prerequisites. Instead, all one has to do is identify with an “oppressed group” — women, “people of color,” LBGTQ+ — and victim status is acquired.

This is why Oprah can comfortably decry “white privilege” from her multimillion-dollar mansion or the former Hollywood actress Meghan Markle can credibly condemn the oppression she suffered as part of the royal family.

In many ways, our society is descending into a “victimocracy.” Those who have the greatest associations with grievance now yield the greatest social and cultural power.

The idea that straight white men have the most power in society is now antiquated. The tides have shifted. Minorities now have the upper hand because they can end a person’s career or destroy their reputation with a single accusation of racism — whether it’s legitimate or not.

Take the case of Oumou Kanoute in 2018, a black student at Smith College who claimed that she was confronted by a campus police officer in a dorm lounge for “eating while black.” After posting a viral video of the incident, the reputations of four campus employees were ruined and the university started conducting unconscious bias training in attempts to achieve “reconciliation and healing.” Jodi Shaw, a Smith College employee, later resigned from the university because of a hostile environment where her (white) skin color was stereotyped and she was forced to reconcile with her “white privilege.”

However, as Michael Powell’s recent story in The New York Times revealed, this entire racial victimization narrative was false. In reality, Kanoute was in a building that was closed to students and limited to children attending a summer camp. Yet this one accusation led to an entire moral panic over campus-wide systemic racism.

This whole incident — both Kanoute’s reaction and the university’s absurd response — is a predictable outcome of a retrogressive culture that incentivizes and rewards victimhood. Most troublingly, the claims of victimhood directly lead to adoption of radical, identity-based (and completely ineffective) solutions.

As Megyn Kelly said in a recent appearance on Bill Maher: “We don’t have to lean into victimhood, even when we might be victims … the more you wallow in that mentality, the more you veer toward negativity and attract more of it in your life.”

The future doesn’t bode well. Through our education system, elite institutions and media outlets, we are breeding a whole generation of coddled, privileged “victims.” The growing class of self-anointed martyrs won’t be satisfied until they’ve achieved a full ideological revolution against their imagined oppressors under the seductive mirage of “social justice.”

Rav Arora is a Vancouver-based writer, who specializes in topics of race, criminal justice and culture.