JORDAN Turpin's daring escape from her family's twisted house of horrors where she and her 12 other siblings were abused and held captive has been revealed in never-before-seen police bodycam footage.

Jordan was just 17-years-old when she fled her family home in Perris, California, and dialed 911 to report that her parents, David and Louise Turpin, had been violently abusing and starving their 13 children for years. 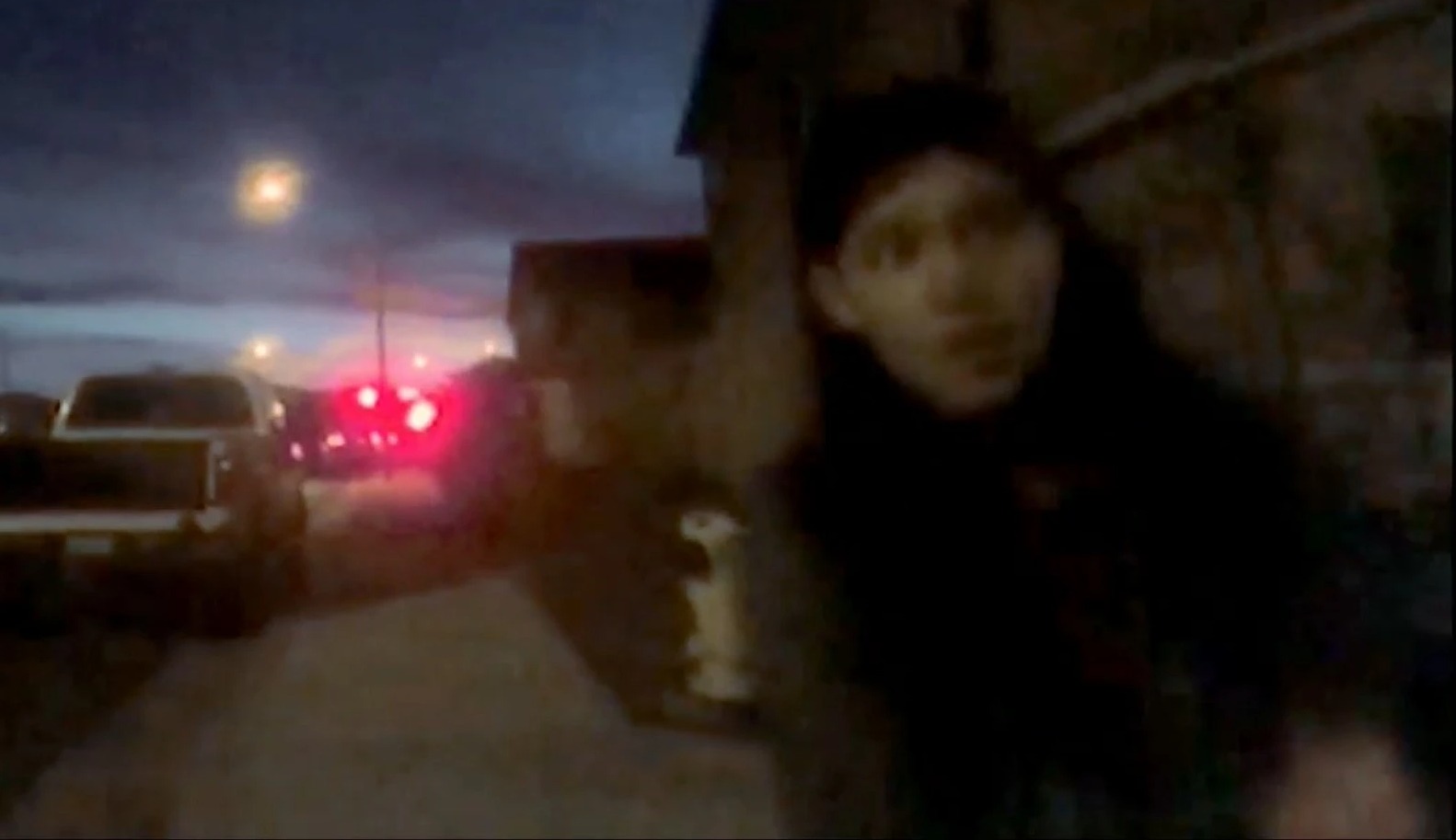 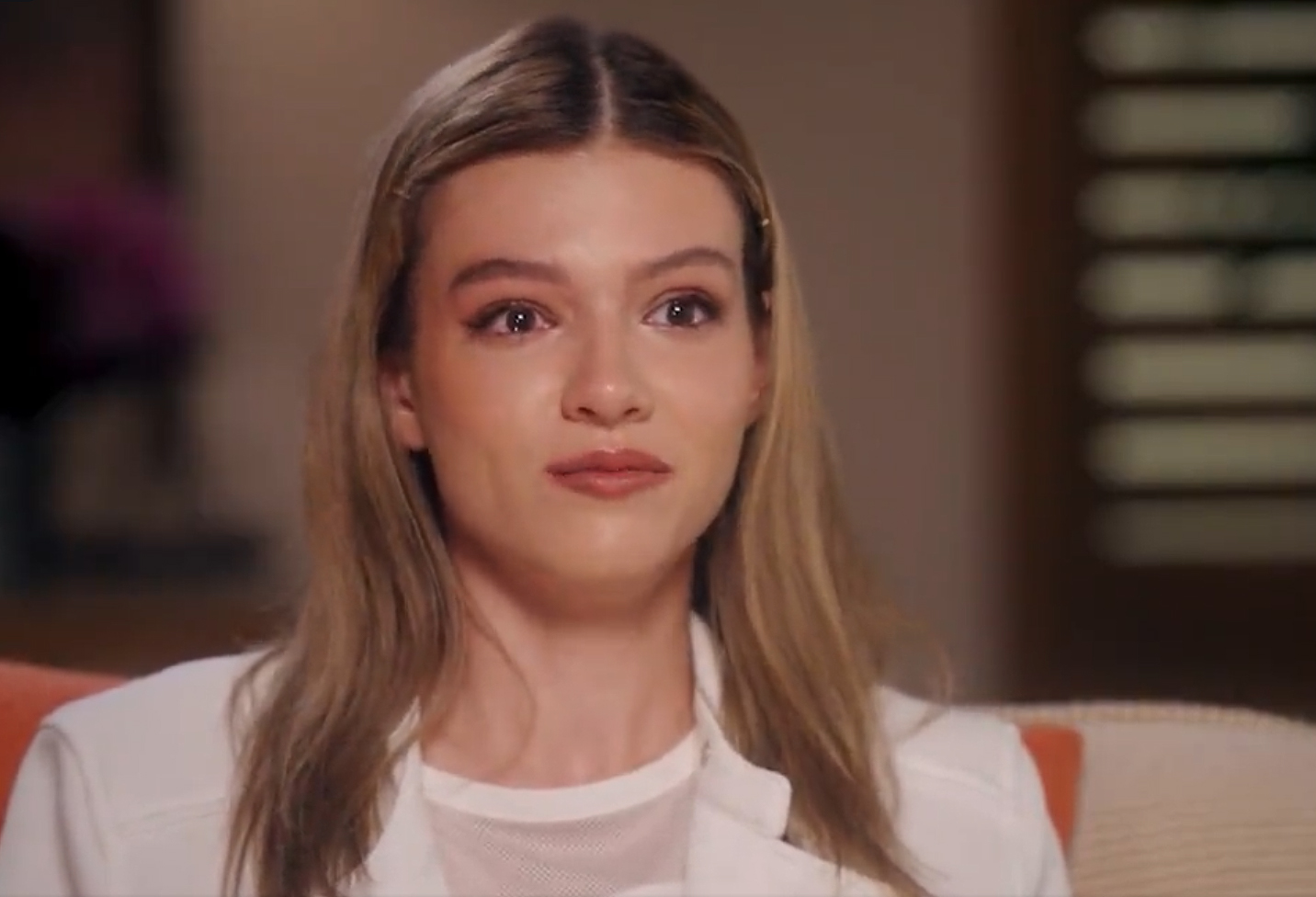 Now 21, Jordan escaped the home via a window in January 2018 and told a police operator "my two little sisters right now are chained up."

In a special ABC report on the family, bodycam footage of the moment police first arrived on the scene to find a panic-stricken Jordan standing by the side of the road has been released for the first time.

A sheriff's deputy, who was nearing the end of his shift, is heard greeting Jordan as he steps out of his patrol car, saying: "Hi, Jordan. What's going on?"

"I just ran away from home and I live in a family of 15," the teen, who looks and sounds far younger than 17, is heard telling him. "My two little sisters right now are chained up."

When asked where her siblings are being chained up, she tells the cop they're on "the bed."

"Now, mother didn’t chain them up just to be mean. Ok," Jordan continues. "They’re chained up because they stole mother’s food."

Jordan then apologizes to the officer for "talking too much", and claims that she's "never talked to anybody out there" before.

"I’ve never been alone with a person so this is very hard for me to talk," she heartbreakingly adds.

The teen continues by telling the cop her parents are unaware that she'd left home, almost gulping for breath as she struggles to find the words.

Noticing her distressed state, the officer asks her if she's currently taking any medication.

When the officer rephrases the sentence by asking if she's taking any pills, Jordan replies: "No. I don't think I've ever tooken a pill before."

She continues: "Our parents are abusing. They’re abusing us.

"But the reason I managed to get out here this is one of the most scariest things I’ve ever done. I’m terrified.

"I called because my two little sisters are chained up right now."

Jordan then shows the officers pictures of her chained-up siblings that she'd surreptitiously snapped before feeling out the window.

"Here you can look at them. See? Those are the places they make in on them," Jordan adds, seemingly not knowing the word bruise. "And see how dirty she is? We’re so filthy. We don’t take baths.

"They were chained up for stealing food. But they stole it because they're hungry."

Previously released footage showed the moment police entered the Turpin family home before rescuing Jordan's 12 other siblings, who at the time ranged in age between two and 29.

Officers discover two of the kids in chains shackled to the bed, as Jordan had described, and found a chain dangling from what appears to be a bunk bed.

However, the shackles were merely the tip of the iceberg in what had been decades of vile abuse and acts of torture inside the Turpin household.

Investigators would later discover that the children were frequently beaten by their twisted parents until they bled, strangle them and permit them to eat just once per day and shower just once a year.

The evil couple, who would quote the Bible to justify the frequent beatings, left some of the children tied up for months at a time.

The kids lived off bologna and peanut butter sandwiches while their parents gorged themselves on takeaways in front of them.

The children weren’t allowed to exercise, could only speak when spoken to, and were also banned from socializing with each other.

David and Louise tormented the kids by leaving out apple and pumpkin pies that they were forbidden from eating.

They also bought the children toys but refused to let them open them.

When police entered the home, they believed all of the children were under 18 because of how malnourished they appeared and how young they sounded. However, seven of the 13 children were over 18 at the time.

David, then 57, and Louise, 50, were arrested and later sentenced to life in prison for the hideous abuse and imprisonment of their kids.

They pleaded guilty to 14 counts including cruelty to an adult-dependent, child cruelty, torture, and false imprisonment.

All of the Turpin siblings spent weeks in hospital before six of the siblings were split up into two different foster homes.

Reflecting on her heroics almost four years ago, Jordan said that while she was terrified she knew she had to do something to save her siblings' lives.

"My hands were shaking," she said through tears of the moment she tried to dial 911.

"I was shaking and I was trying to dial 911 but I couldn’t even get my thumb to press the buttons.

"But I was trying to calm down so I could do it, and finally, I pressed it. And when they answered … I’d literally never spoken to someone on the phone. And start saying how we didn’t go to school, we lived in filth, how we starve and all this stuff.

"I had to make sure if we left we wouldn’t go back and that we’d get the help we need. Because if we went back I wouldn’t be sitting here right now."

When asked how she mustered the courage to call the police on her abusive parents, Jordan said: "I think it was us like coming so close to death so many times and I was worried about my siblings.

"When I saw them worried and crying, I just felt like I had to do it."

Jennifer also revealed how she "put music on and danced" to celebrate her freedom after waking up in the hospital the day after her parents' arrests.

She then went to the park with two of her sisters, reveling in the "heavenly" taste of their newfound freedom.

“I was so excited because I could smell the grass,” she said. “I was like, ‘How could heaven be better than this? … Oh my gosh, this is so free, this is life.’”

“I’m so thankful just to walk… [to] take an hour-long walk with my music,” she said. “These little things I think… are things that people take for granted.” 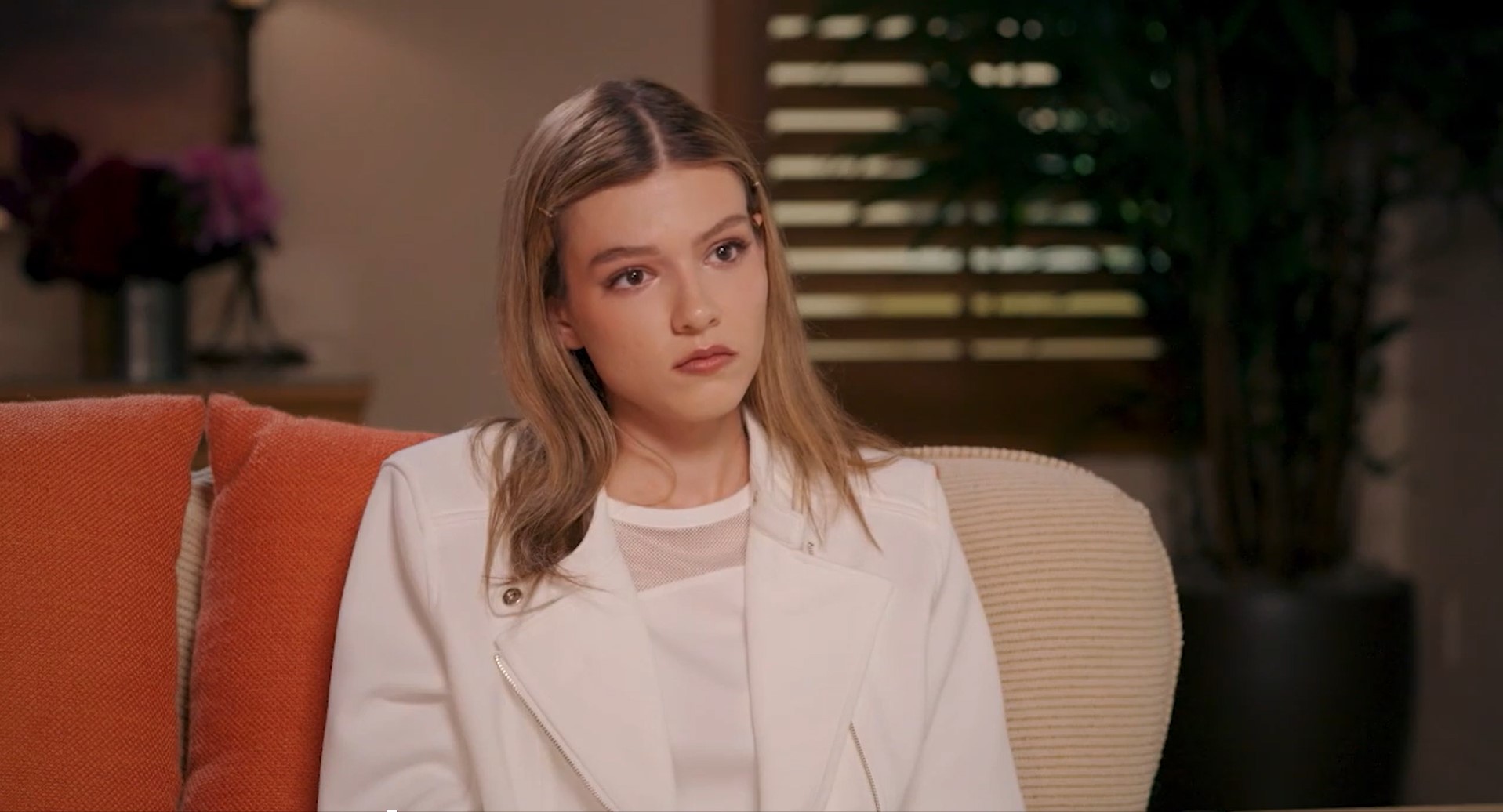 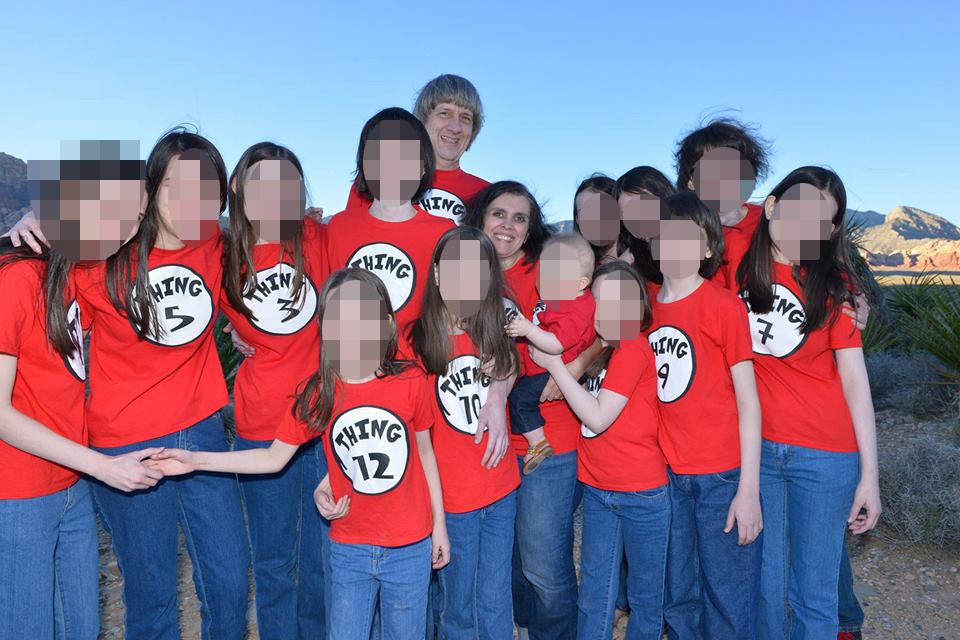 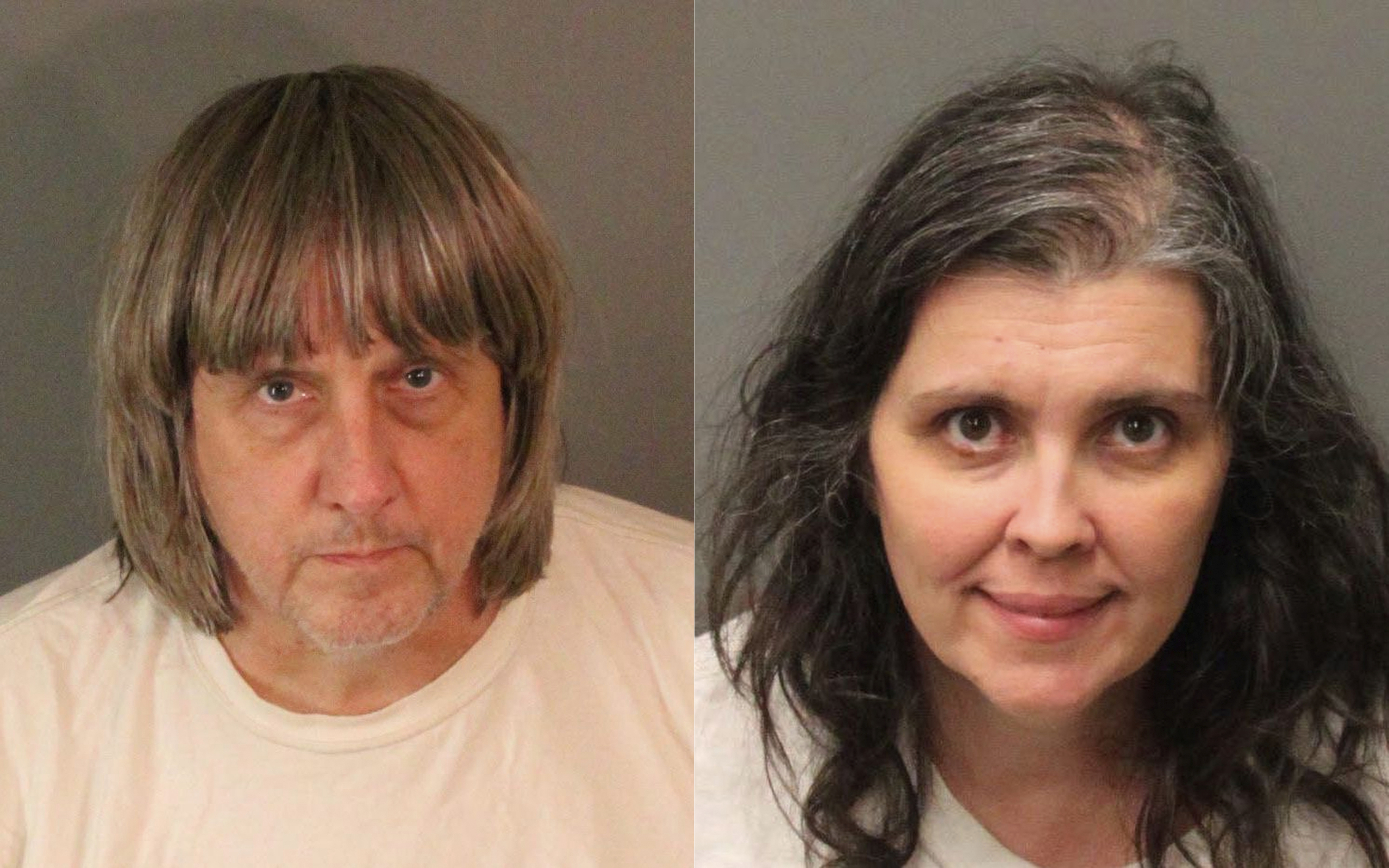