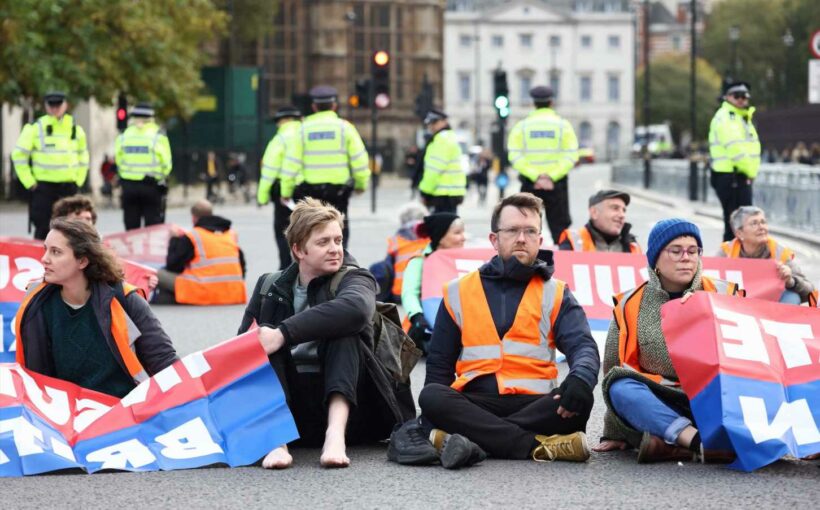 INSULATE Britain eco-warriors have been accused of "littering" by police after they glued themselves to the road outside Parliament today.

The mob of banner-clutching zealots turned their attention to the House of Commons this morning as they set up a roadblock near to Parliament Square. 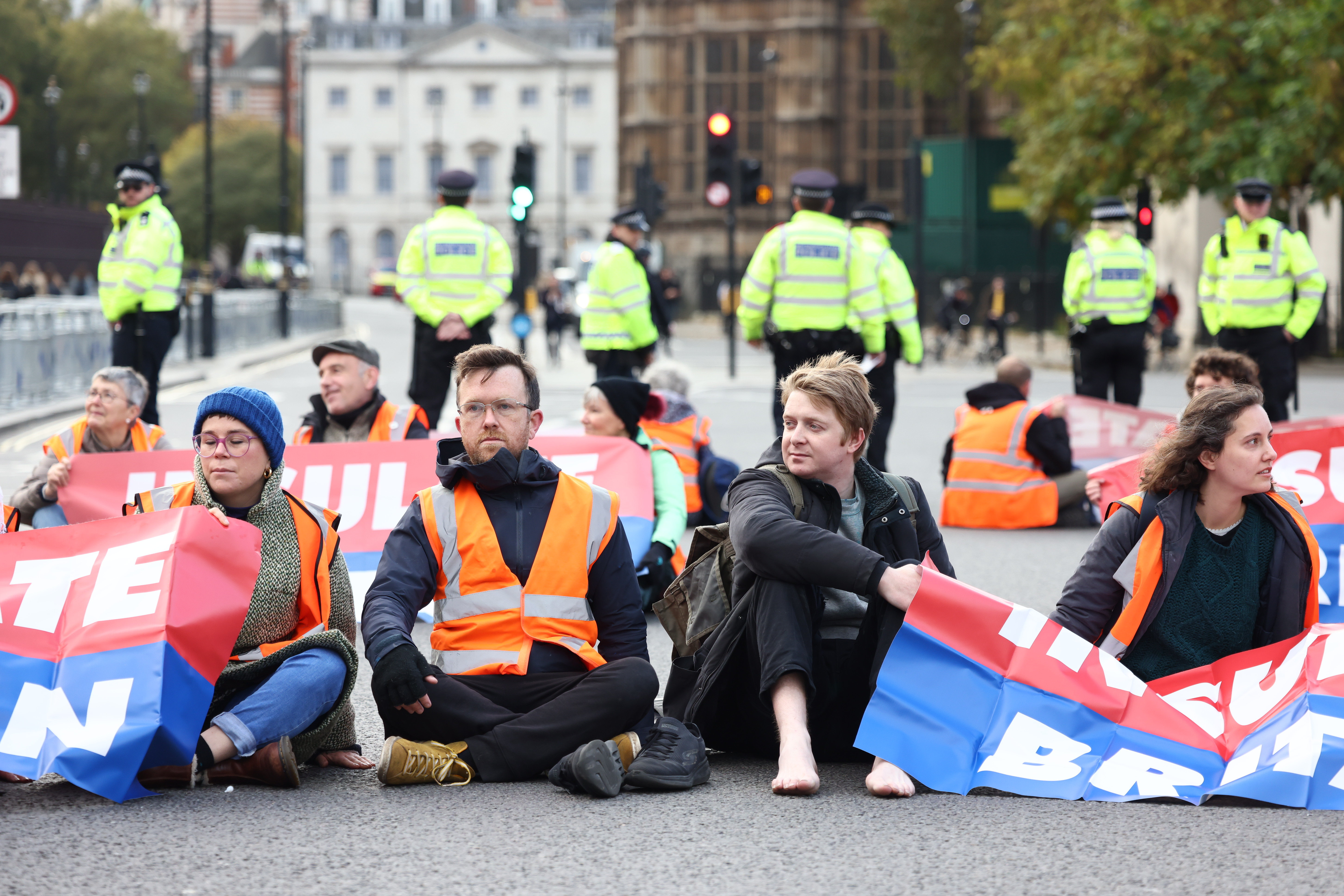 They used superglue to stick themselves to the tarmac as police stood guard nearby – and furious drivers waited idly at a junction.

Footage taken on the road shows cops picking up plastic pipettes – believed to have contained glue – from the ground.

One officer says "you're littering not me" as the protesters stare straight ahead.

The Sun last week exclusively revealed that the glue used by some protestors is made from a concoction of chemicals harmful to human health and the environment.

On Tuesday, a mob of around 60 demonstrators brazenly stormed onto the M25 near London, the M56 in Manchester and the A4400 in Birmingham.

It encompasses every major road in the UK – covering 4,300 miles.

Those who break the injunctions could be found in contempt of court and face a maximum penalty of two years in prison or an unlimited fine.

But yesterday, Insulate Britain protesters created bizarre mugshots of themselves in a strange dig at the measures.

The eco-warriors mocked up 32 versions of mugshots for protestors who have been arrested as part of the road blocking demonstrations.

It came after Insulate Britain launched a week of major chaos coinciding with the kids' half term break last week.

The raging commuter moved along a row of expressionless demonstrators while clutching a bottle full of blue liquid.

He squeezed it over their faces while shouting "it's ink" as the mob refused to budge.

And on Monday, one eco-idiot glued his own face to the road in a bizarre demonstration, before admitting: "It wasn't one of my better moves".