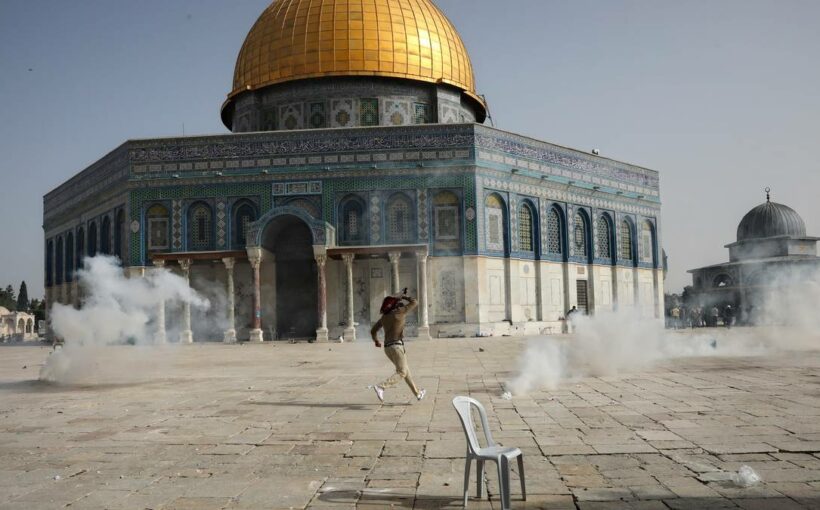 Welcome to the weekend.

Settle down with a cuppa and catch up on some of the best content from our premium syndicators this week.

After years of quiet, Israeli-Palestinian conflict exploded. Why now?

Twenty-seven days before the first rocket was fired from Gaza, a squad of Israeli police officers entered the Al-Aqsa Mosque in Jerusalem, brushed the Palestinian attendants aside and strode across its vast limestone courtyard. Then they cut the cables to the loudspeakers that broadcast prayers to the faithful from four medieval minarets.

It was the night of April 13, the first day of the Muslim holy month of Ramadan. It was also Memorial Day in Israel, which honours those who died fighting for the country. The Israeli president was delivering a speech at the Western Wall, a sacred Jewish site that lies below the mosque, and Israeli officials were concerned that the prayers would drown it out.

But in hindsight, the police raid on the mosque was one of several actions that led, less than a month later, to the sudden resumption of war between Israel and Hamas.

The New York Times looks at the events that led to the current crisis.

ALSO READ:
• Israel-Gaza conflict: What you need to know
• Crisis in Gaza: Wastewater in the streets, thousands flee

The shifts are long, the wards full, the demand so urgent that medical students and interns have been coaxed into filling in. Hundreds of workers have died. Family members at home have fallen ill.

India’s doctors and other medical responders find themselves short-handed and underfunded as they battle the world’s worst coronavirus outbreak.

The New York Times looks at the emotional toll as medical workers make tough decisions about who gets treated.

ALSO READ:
• A desperate India falls prey to Covid scammers
• These twins lived together. In Covid, they died together

'Get bigger or get out': How two media giants plan to rival Netflix

In February, the Discovery chief executive had arranged to play golf with AT&T chief John Stankey. But a Covid-19 surge wrecked the plan and Zaslav, “feeling bummed”, sent Stankey an email instead: “Give me a buzz: I got an idea.”

The February phone call was the beginning of a top secret operation to merge Discovery and WarnerMedia.

The Financial Times looks at how the deal is expected to trigger a fresh wave of consolidation in the sector .

From the Bronx to Staten Island, Chinatown to Fifth Avenue, in Michelin-starred restaurants and humble corner diners, hardware stores and funeral homes, New York moved gingerly toward reopening on Wednesday, with scenes of a remembered normalcy played out alongside those of caution.

It was a moment that so many people had hoped for, whether aloud over countless Zoom calls or in the frustrated silence of a line of shoppers outside a store. It was less a grand gala than a soft opening, a finish line at the end of a long race that no one wanted to be the first to cross.

The New York Times looks at how New Yorkers have balanced caution with a desire to embrace the freedom of pre pandemic life.

ALSO READ:
• Australia, ‘hermit nation’? Some warn against another year of shut borders
• Lockdown ends in England, for now, at least
• Europe looks hopefully past infection rates to reopen economies

The man and the mana: Te Rauparaha's story finally comes to light

Te Rauparaha’s footprints cover much of the country, from the west coast of the North Island down to the east coast of the South. His haka, Ka Mate, thunders across rugby fields around the world.

Yet his story, 125 pages of neat copperplate writing in te reo Māori penned by his son Tamihana Te Rauparaha, has been quietly shelved – or wilfully ignored – for close to a century.

However, a new translation by Ross Calman is a riveting account drawn from the stories of Te Rauparaha himself, those of other Ngāti Toa elders and Tamihana’s own memories.

The New Zealand Listener explores the riveting translation of the story of powerful chief and war leader Te Rauparaha.

He's a Dogecoin millionaire. And he's not selling

In February, when Glauber Contessoto decided to invest his life savings in Dogecoin, his friends had concerns.

Their scepticism was warranted. After all, Dogecoin is a joke — a digital currency started in 2013 by a pair of programmers who decided to spoof the cryptocurrency craze by creating their own virtual money based on a meme about Doge, a talking Shiba Inu puppy. And investing money in obscure cryptocurrencies has, historically, been akin to tossing it onto a bonfire.

But as The New York Times reports, when Contessoto went looking for something that could change his fortunes overnight, he found it in a joke.

For a long time Facebook had brashly shrugged off political criticism, adhering to the “move fast and break things” Silicon Valley ethic. But after the US election, after Cambridge Analytica, even Mark Zuckerberg realised that the company needed to change — or at least to look as though it was doing so.

Enter Nick Clegg, brought in to salvage Facebook’s reputation. But has he changed anything or is he just there to make Zuckerberg look good?

Josh Clancy of The Times investigates.

Censorship, surveillance and profits: A hard bargain for Apple in China

On the outskirts of this city in a poor, mountainous province in southwestern China, men in hard hats recently put the finishing touches on a white building a quarter-mile long with few windows and a tall surrounding wall. There was little sign of its purpose, apart from the flags of Apple and China flying out front, side by side.

Inside, Apple was preparing to store the personal data of its Chinese customers on computer servers run by a state-owned Chinese firm.

Tim Cook, Apple’s chief executive, has said the data is safe. But at the data centre in Guiyang, which Apple hoped would be completed by next month, and another in the Inner Mongolia region, Apple has largely ceded control to the Chinese government.

ALSO READ:
• Understanding China: What the West gets wrong

Shrek at 20: How a chaotic project became a beloved hit

The idea that an ugly ogre could be a big-screen hero in a romantic-comedy fairy tale was not one that many had high hopes for. The lack of a traditional prince wasn’t the only hurdle for Shrek, the next big animated production from the newly formed DreamWorks. Producers and directors came and went. A major role had to be recast. And technology was proving to be thorny. In fact, the project was initially unpopular among employees.

The New York Times looks the challenges it took to get Shrek to the big-screen.

Long before divorce, Bill Gates had reputation for questionable behaviour

By the time Melinda French Gates decided to end her 27-year marriage, her husband was known globally as a software pioneer, a billionaire and a leading philanthropist.

But in some circles, Bill Gates had also developed a reputation for questionable conduct in work-related settings. That is attracting new scrutiny amid the breakup of one of the world’s richest, most powerful couples.

The New York Times looks at how Melinda Gates voiced her concerns about her husband’s relationship with Jeffrey Epstein and a harassment claim against his money manager.

'Menopausal women are sold snake oil in a pink bow'

The menopause is having a moment. Once the shameful “change of life” was mentioned just in whispers, today you can’t move for a celebrity describing their joint pain and brain fog. Gillian Anderson, Michelle Obama, Emma Thompson and Kim Cattrall are just a few of the celebrities who’ve described the havoc wreaked on them by their midlife hormones.

Obstetrician and gynaecologist Dr Jen Gunter agrees it’s great menopause is no longer taboo but is sceptical about the way some celebrities and big business are now embracing the topic.

The Daily Telegraph looks at how Dr Gunter is on a mission to bust myths about midlife and medicine.