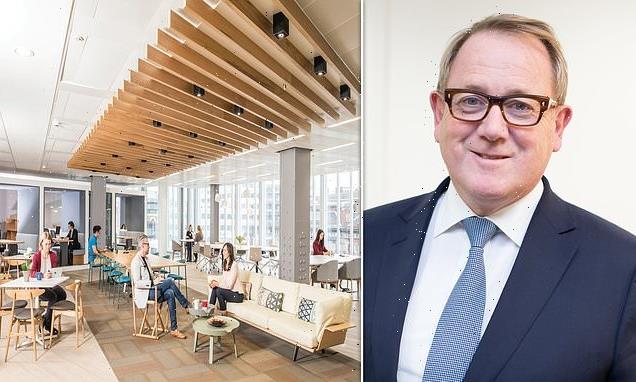 Office rental firm IWG is hoping to cash in on a new demand for flexible working spaces outside of London after the rise of working from home during the coronavirus pandemic.

Speaking to shareholders today, the company said that they have seen an ‘unprecedented demand’ for more flexible working arrangements.

This comes after many office workers were given a taste of working from home more regularly, which mean cutting out a commute.

Many companies are now considering opening more rural or suburban offices which are closer to their workers. 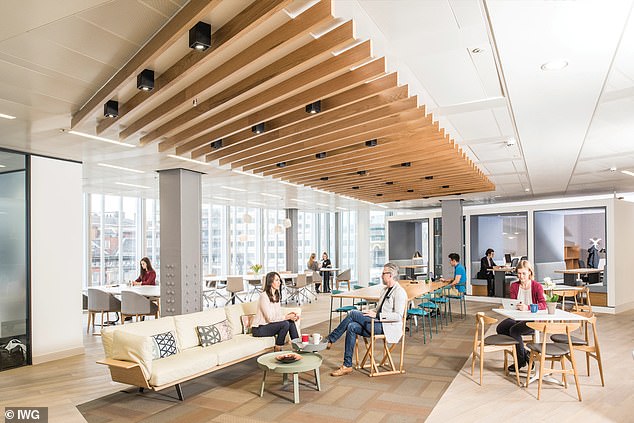 What is flexible working?

Flexible working involves a company hiring out a pre-fitted office space in a more local area.

This helps cut down on commute time for some employees and also provides them with the tools to conduct their work adequately away from the central office.

Desks are not assigned in flexible offices so employees instead hotdesk.

The company said: ‘We have seen an unprecedented demand for our flexible work products, which is a confirmation of the positive trend of continued demand for hybrid working.

It added: ‘As we leave the first quarter of 2021, we are well positioned for a world of work permanently altered by the pandemic.

‘Changes to the geography of where work takes place and a new flexibility demanded by companies and workers provide an attractive dynamic marketplace for our future development.’

Reflecting on the beginning of this year, the company said that the first three months of 2021 had been the ‘trough’ of the pandemic but now expects better momentum throughout the year.

Bosses at the firm pointed out that the monthly decline in businesses quitting office space stabilised in February and has been increasing in March and April.

But compared with the same period a year ago, it was a painful performance for the company, with total revenue down nearly 24% to £528 million.

IWG put the drop down to the Covid-19 pandemic, and also highlighted that the first quarter of last year – which the most recent results are compared with – was the best three months in the company’s history.

The business said that it had closed more sites than it opened, and by the end of March ran 3,301 sites across dozens of countries.

It opened 43 new locations, including 10 through an acquisition in Italy, and closed 55.

Yet the number of square feet of office space in IWG’s portfolio increased by 0.4 million.

Earlier this month, chief executive Mark Dixon told the PA news agency he believed offices of the future will be around the corner from workers’ homes or just down the street.

He explained the shift could allow people in the UK to live in so-called 15-minute towns, where most amenities, and work, are within a quarter-hour commute by foot, bike or public transport of residents’ front doors.