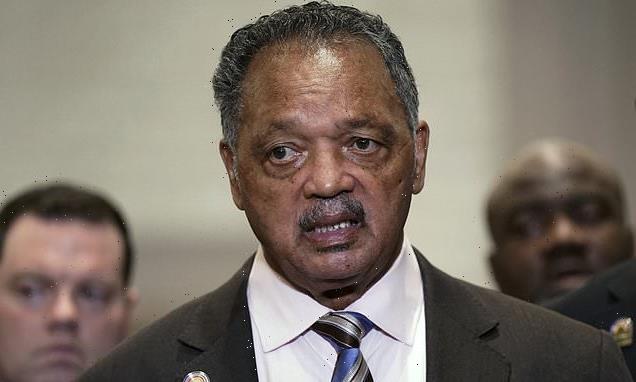 Jesse Jackson, 80, is hospitalized after falling and hitting his head as he helped students at Howard University protesting against campus living conditions

The Reverend Jesse Jackson was hospitalized on Monday in Washington, D.C. after falling and hitting his head while helping Howard University students who are protesting living conditions on campus.

The 80-year-old Chicago civil rights leader was entering a campus building at the historically black college when he tripped and fell, cutting his head, according to his spokesman Frank Watkins.

He was rushed to Howard University Hospital for various tests including a CT scan which came back normal. Watkins said Jackson would be kept at the hospital overnight for observation.

‘Fighting for you is what he’ll always do. His goal is to ensure the well-being of HowardU students,’ she added on Twitter. 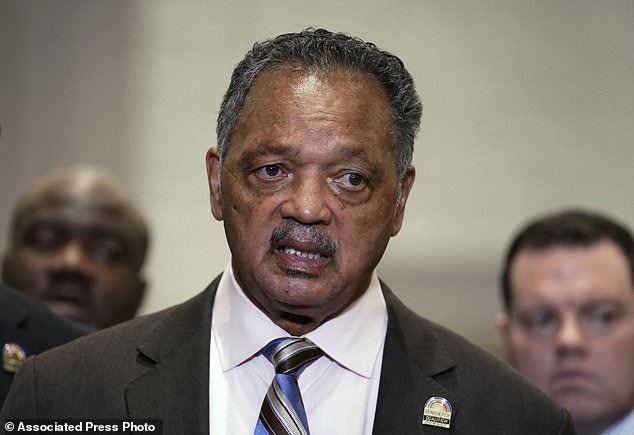 The Rev. Jesse Jackson speaks during a news conference after the verdict was read in the trial of former Minneapolis police Officer Derek Chauvin, Tuesday, April 20, 2021, in Minneapolis, in the death of George Floyd

His daughter Santita Jackson said ‘he’s resting comfortably and doing well.’ ‘Fighting for you is what he’ll always do. His goal is to ensure the well-being of HowardU students,’ she added on Twitter.

Jackson was attending a meeting with Howard President Wayne A.I. Frederick and the students, who were discussing their complaints about living conditions, according to Watkins.

Jackson, who has Parkinson’s disease, was hospitalized in August after testing positive for Covid-19, despite having been vaccinated.

He received his jabs in January, putting out a statement at the time urging black Americans, among whom there is a higher rate of vaccine hesitancy, to get the shot.

He also underwent gallbladder surgery earlier in the year.

Since being released from the hospital for Covid treatment and physical therapy, Jackson has resumed an active travel and public speaking schedule.

The Baptist minister has been a civil rights leader since the 1960s, when he marched with Martin Luther King and helped fundraise for the cause.

He was the most prominent African American to run for the US presidency – with two unsuccessful attempts to capture the Democratic Party nomination in the 1980s – until Barack Obama took the office in 2009.

Students at Howard have been protesting since last month over their living conditions, accusing college administrators of dismissing reports about mold, roaches and mice. 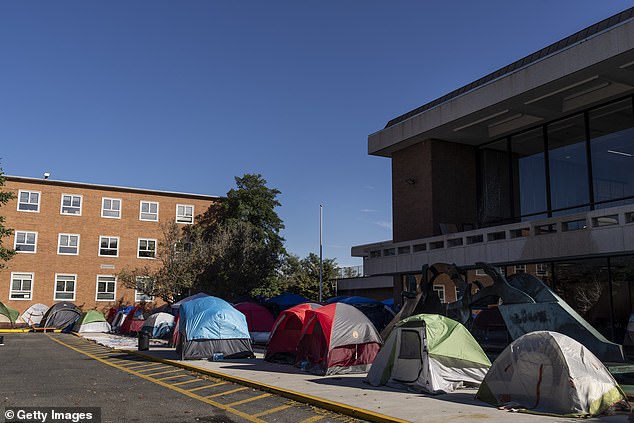 Jackson had been helping students in their protest about housing conditions (pictured: tents set up on October 25 as part of demonstrations) 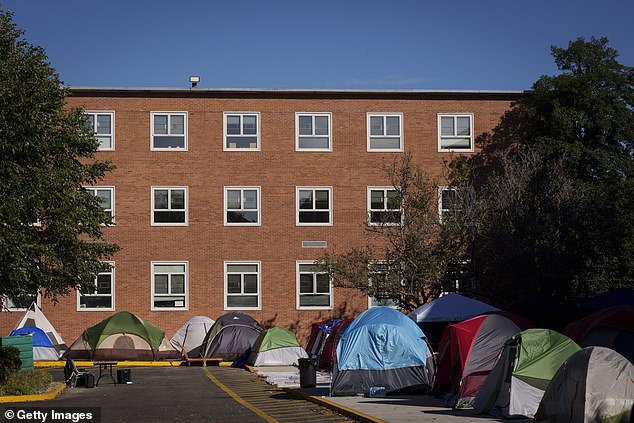 Tents are set up near the Blackburn University Center as students protest poor housing condition on the campus of at Howard University October 25, 2021 in Washington, DC

Members of the historically black university have organized in tents outside of campus and in sleeping bags inside the social hub and the university center.

On social media, students have said the issues have been persistent for years and improvements are long overdue.

They’ve shared videos of the unsafe living condition in the dorms, showing cockroaches in the showers, walls covered with mold, mice skittering across dorm rooms, and flooding from burst pipes.

Protesters said the university has largely ignored their pleas. They are demanding a town hall meeting with the university’s president before October ends, the release of a housing plan that addresses their concerns, and the appointment of students to the board of trustees.

In an email, the university said: ‘The university along with its campus housing are actively addressing the concerns our students have raised. While there have only been a small number of documented facilities reports, we are actively inquiring about reported issues that may be in the residence halls going door to door to interview each resident.’

‘Additionally, members of the administration have also toured and inspected every residence hall on campus and are addressing any documented facility issues directly with our third-party housing managers,’ the email read.