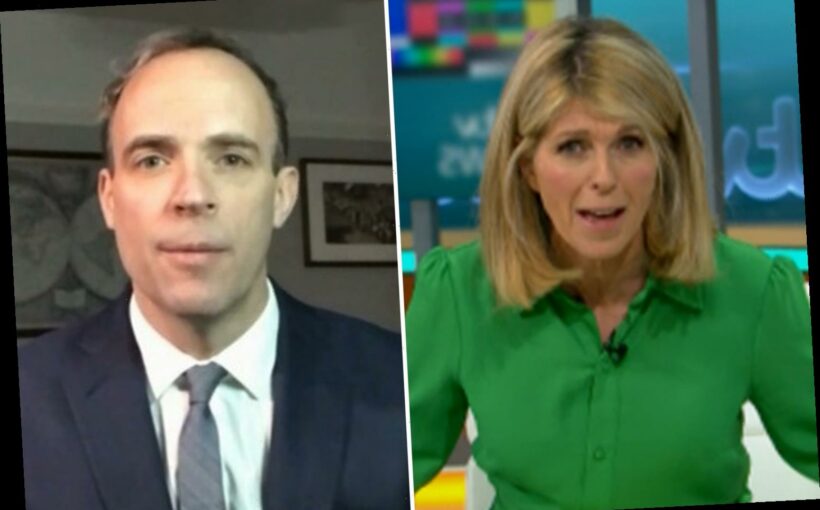 DOMINIC Raab and Kate Garraway were engaged in a fiery on-screen clash as the presenter grilled the foreign secretary on ‘nonsense’ quarantine hotels after he called the GMB host ‘cynical’.

The row erupted when the GMB host said she wanted Raab to "clarify" his response during a heated exchange over the Government's quarantine hotel policy. 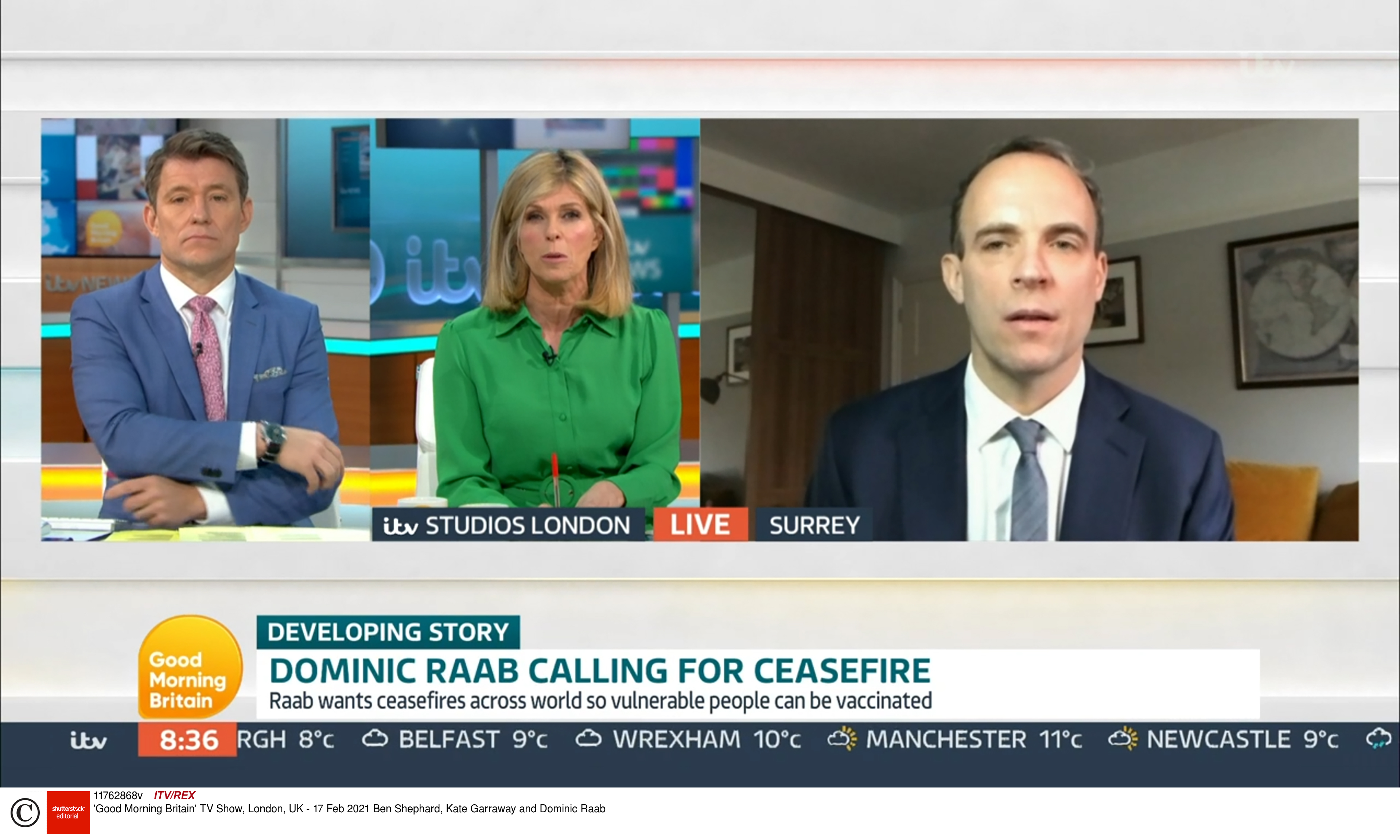 The interruption from the host saw Dominic Raab snap back "Will you let me answer?."

The Foreign Secretary then hit back as he said GMB viewers are fed up with the "media" not allowing politicians to give "honest answers."

"I need to clarify otherwise you’re not going to get a chance to answer the question if you haven't understood it."

The Government Minister continued: "Why don’t you pause and let me explain it.”

This morning the pair turned to discuss calls for a ceasefire across the globe so the vaccination programme could be rolled out further.

Kate said: "People might be surprised that's what you want to talk about this morning and not something involving the global situation where something else that comes under your view is being seen as an absolute shambles.

"And I am talking, of course, about the situation with quarantine," she added. 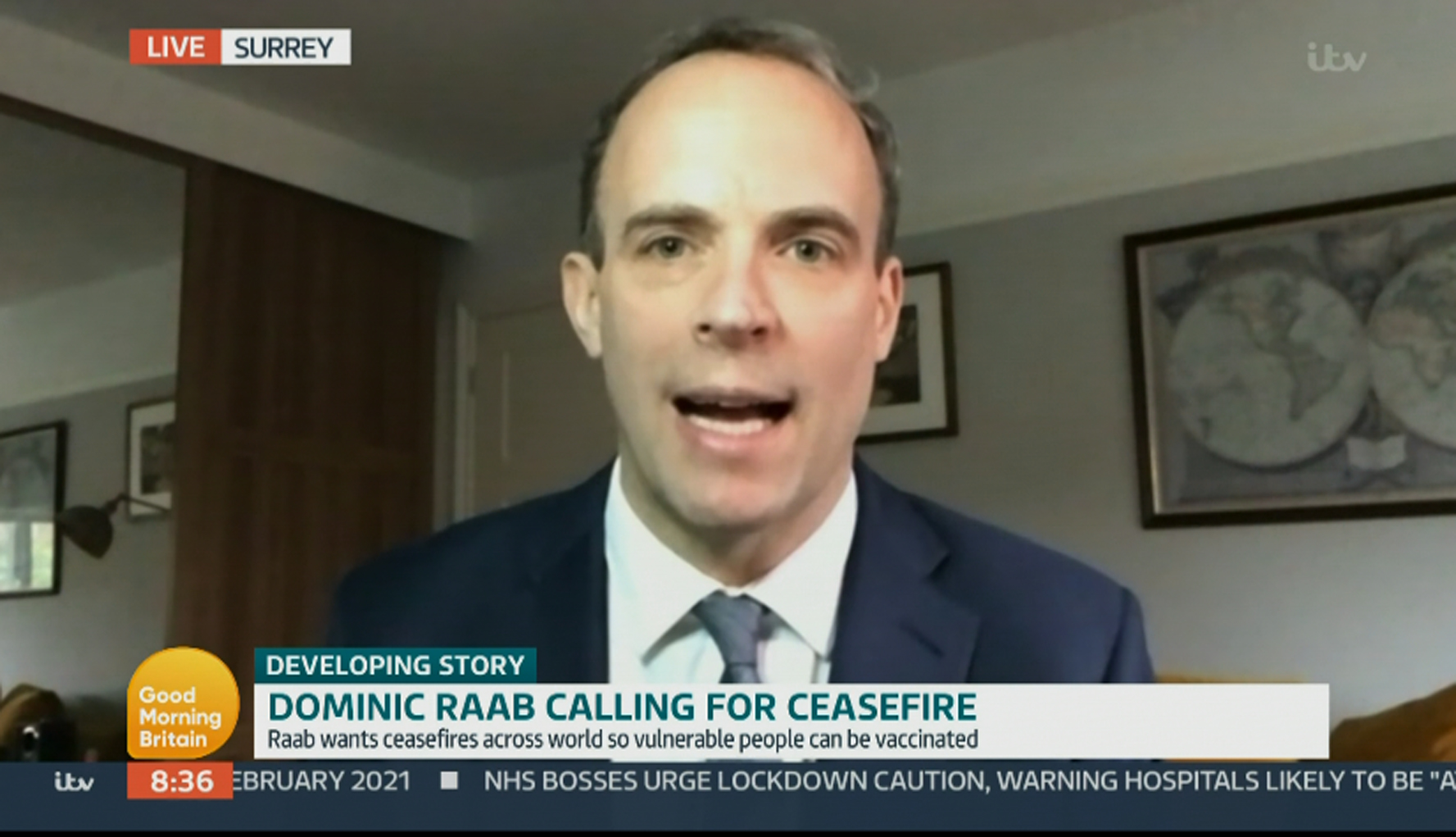 Mr Raab replied: "First of all, Kate, the timing of this is rather cynical and I do not think that is fair at all."

“I wasn't saying anything cynical, we were told you wanted to talk about this morning, and it is a very important thing to talk about," fired back Ms Garraway

"Hang on, I am just thinking that everybody watching will be saying 'why is he talking about that when we have this chaos at home?'.

"It is my job to put those questions to you. So, you are welcome to explain why you put that above the situation which many people think is a fiasco."

It comes as host Kate Garraway admitted she hadn't had a lot of sleep as she has been stepping in to present Good Morning Britain alongside Ben Shephard as Piers Morgan and Susanna Reid take a break.

Kate has been juggling caring for her children and hosting the ITV morning show while she awaits news on her husband’s condition after he became one of the longest-suffering Covid patients in the UK.