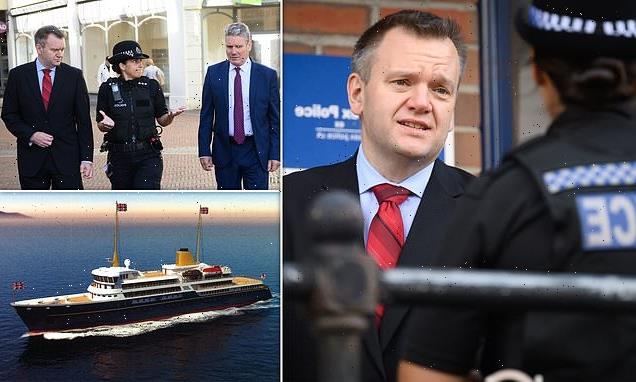 Labour vows to scrap Boris Johnson’s £250million ‘vanity yacht’ and use the cash to tackle anti-social behaviour as party channels Tony Blair’s pledge to be ‘tough on crime, tough on the causes of crime’

A Labour government would scrap Boris Johnson’s £250million ‘vanity yacht’ project and use the cash to tackle the UK’s ‘epidemic’ of anti-social behaviour.

Shadow home secretary Nick Thomas-Symonds said the Government is ‘wasting’ the money on the successor to the Royal Yacht Britannia.

He said that if he takes over from Priti Patel at the Home Office he will ‘redirect’ the money to the policing frontline.

Mr Thomas-Symonds said there had been two million incidents of anti-social behaviour in the past year as he accused the Tories of having ‘decimated neighbourhood policing’.

The Labour frontbencher will deliver his big speech to the party’s annual conference in Brighton later today.

He will echo Tony Blair’s New Labour pledge to be ‘tough on crime, tough on the causes of crime’ by accusing the Conservatives of being ‘soft on crime and soft on causes of crime’. 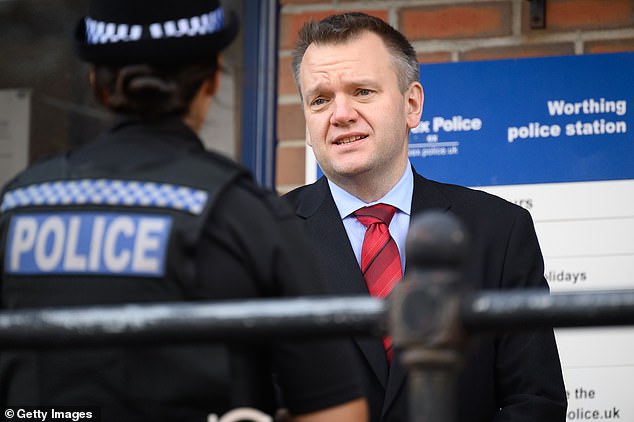 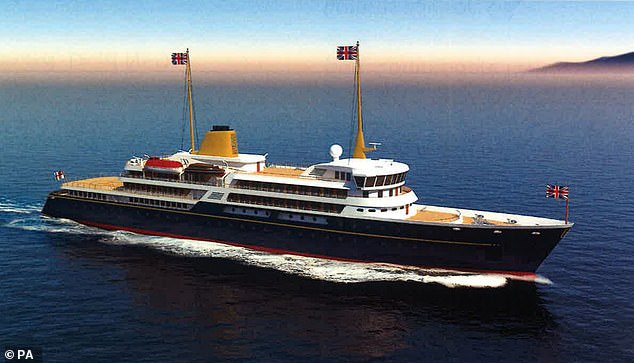 Labour view crime as a key battleground ahead of the next general election and Mr Thomas-Symonds will today try to bolster the party’s credentials.

He has pledged to increase the police presence in communities through a national rollout of ‘Police Hubs’, each with a ‘Neighbourhood Prevention Team’.

The hubs would be located in ‘visible and accessible places in communities’ so that people can easily fine a police officer to talk to.

Labour has also pledged to undertake a ‘major recruitment drive’ to boost the number of Special Constables after a fall over the last decade.

However, the party has faced criticism over the final pledge because Special Constables are unpaid.

It was suggested to Mr Thomas-Symonds this morning that Labour wants to make the police appear better resourced without actually providing a major funding increase.

He told the BBC: ‘Not at all. We will be taking a choice that the £283million that is being wasted by the Prime Minister on a vanity yacht will be redirected to spending it on anti-social behaviour.

‘This is an absolutely crucial thing. There has been two million incidents of anti-social behaviour over the past year.

Defence Secretary Ben Wallace said back in July this year that the new ‘national flagship’ could cost as much as £250million.

He said his aim is to commission the new yacht, which the Government has said will be used for trade missions, ‘for between £200 and £250million on a firm price’.

Labour’s figure of £283million consists of the yacht’s price tag of at least £200million and the estimated £83million in running costs over the course of a parliament.

Mr Thomas-Symonds is expected to use his speech today to say that people ‘will see officers on the beat’ if he becomes home secretary. 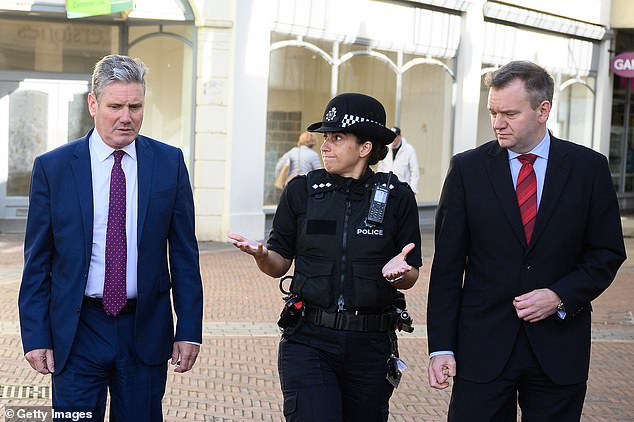 Sir Keir Starmer and Mr Thomas-Symonds are echoing Tony Blair’s New Labour pledge to be ‘tough on crime, tough on the causes of crime’ by accusing the Conservatives of being ‘soft on crime and soft on causes of crime’

He will say: ‘In every community where people are frightened and afraid there will be a new police hub, and new neighbourhood prevention teams which bring together police, community support officers, youth workers and local authority staff to tackle anti-social behaviour at source.’

Blasting the Tories, he will say: ‘This Home Secretary likes to talk tough but she never delivers. She says she backs our frontline police officers, and staff but then insults them with a pay freeze. It’s no surprise that she has lost the confidence of 130,000 rank and file officers represented by the Police Federation.

‘The Conservatives are the party of crime and disorder. They are soft on crime and soft on the causes of crime.’

Conservative Party chairman Oliver Dowden hit back and said: ‘Labour have shown time and time again that they are weak on crime and weak on the causes of crime.

‘They voted against tougher sentences for the most serious offenders, refused to back giving our frontline officers greater powers, and it was revealed this week that they would issue warnings to Class A drug users instead of prosecuting them.’