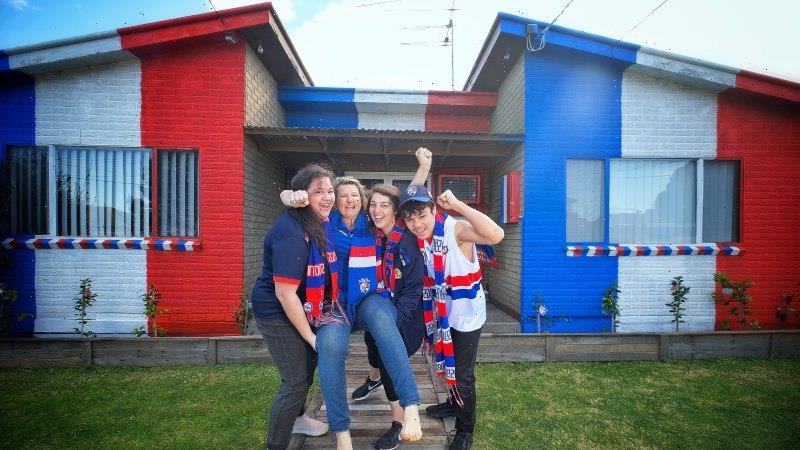 The Melbourne fan from central casting drives a Range Rover, votes Liberal and decamps for the snow when their football team loses. Bulldogs diehards are “battlers” from Melbourne’s lowly western suburbs, more likely to wear a blue collar than white.

On the surface, next weekend’s AFL grand final would appear to pit supporter bases from two different walks of life against each other. The haves and the have-nots. Meat pie eaters against cheeseboard noshers. Or, as one comedian tweeted, landlords v tenants. 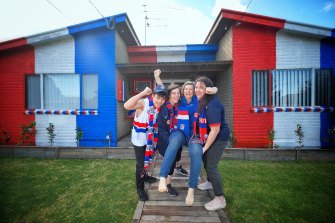 In truth, both fan bases are probably more alike than many think.

“That was a perception for many, many years,” says Western Bulldogs club historian Darren Arthur of his team’s battler identity.

“The club’s never had any money, nor much success. Footscray as a suburb way back had the noxious trades on the salt water river. It was frowned upon and isolated from the rest of Melbourne.”

Of course, Footscray and the surrounding suburbs have shifted a lot from those early days. Multiculturalism and later gentrification are two significant forces that have influenced the western suburbs and, in turn, its football team.

“You’ve always got these waves of different people coming in,” says Mr Arthur. “And that leads to different opportunities.”

Young professionals now see the west as a hot place to move into, driving up real estate. Hipster cafes and breweries dot an area also flush with Vietnamese and Ethiopian restaurants. 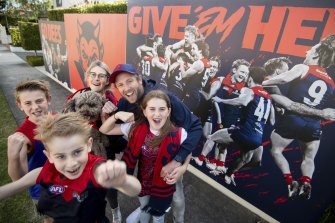 But the Bulldogs aren’t just Footscray anymore. The name changed to the Western Bulldogs in 1996 in an appeal to a broader geographical area. That proved to be a wise decision, as Melbourne’s growth corridor shifted west. 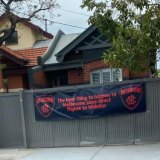 A sign in Melbourne this week poking fun at the upper crust stereotype.

All of this has coincided with the team’s transformation from cellar dweller to powerhouse.

“For years and years, all I could see at the club was just sort of these older supporters, I’m thinking, ‘where are the young ones coming from?’,” says Mr Arthur. “I’m pleased to say this period of success has brought that on.”

Unlike the Bulldogs, Melbourne doesn’t have a defined geographic area from which to draw its support.

The club grew out of the Melbourne Cricket Club and holds the MCG as its heartland. Club historian Lynda Carroll says the supporters are tied together by generational loyalty rather than any particular suburb.

“But of course it’s always had that identity of being in the well-to-do inner east and moving down to the sandbelt,” she says.

“Although the whole ‘Range Rovers go to the snow thing’, I think I’ve been to snow once.”

Ms Carroll says the MCC connection often does encourage people to think of Demons fans as being a bit upper crust, owing to the exclusivity of its membership. 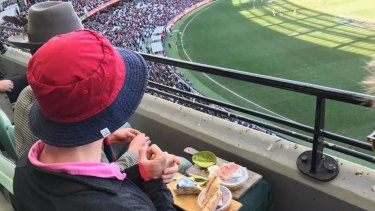 Melbourne fan Ned Trumble and his cheeseboard at the MCC in 2018.Credit:.

However, as she points out, anyone can join the MCC as long as they’re willing to sit through the decades-long waiting list. And many fans of the Demons have no connection with the MCC at all.

That hasn’t stopped the others from making jokes – remember the fuss around ‘cheeseboard man’ from a few years ago.

“I think it’s also something that Melbourne supporters like to play up in a way,” she says.

“I mean, you go to the footy and it’s cold and you say ‘oh, I better get my tartan blanket out’ because you know that that’s what people expect. And it’s fun.” 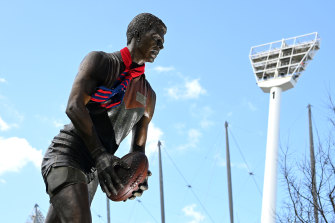 A Demons scarf adorns the statue of Jim Stynes outside the MCGCredit:Getty Images

To demonstrate her point, one tongue-in-cheek sign seen hanging out the front of a Dees supporter’s house this week in Melbourne read: “The best thing to happen in Melbourne since direct flights to Whistler”.

Even stereotypes have a nugget have truth to them, says Ms Carroll: “It’s a nugget that can be polished or left in the ground.“

Melbourne fan Elliot Swart thinks that Demons and Bulldogs fans share a connection of knowing what it’s like to support a team struggling to find success. 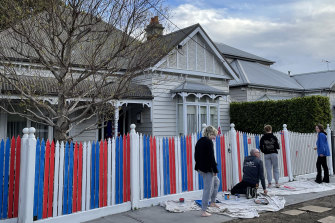 A family paints the front fence of their Seddon home in the red, white and blue of the Western Bulldogs.

Melbourne has the longest running premiership drought in the AFL after the Bulldogs handed over the mantle five years ago, while both teams avoided mergers in the 1980s and 1990s when times were tough.

“And we don’t all wear tweed jackets to the footy and take cheeseboards,” he says.

Mr Swart has decorated his house in graphics of his team’s players, hoping he can keep it up for another six months.

Bulldogs supporter Belinda Youl, meanwhile, has had her Altona North house painted in red, white and blue since the 2016 grand final.

“We’ve got a nice quiet street, only the locals know about it,” she says.

“The Bulldogs are one of those teams, they’re very inspiring,” she says. “They’re just a bunch of good, decent guys.”