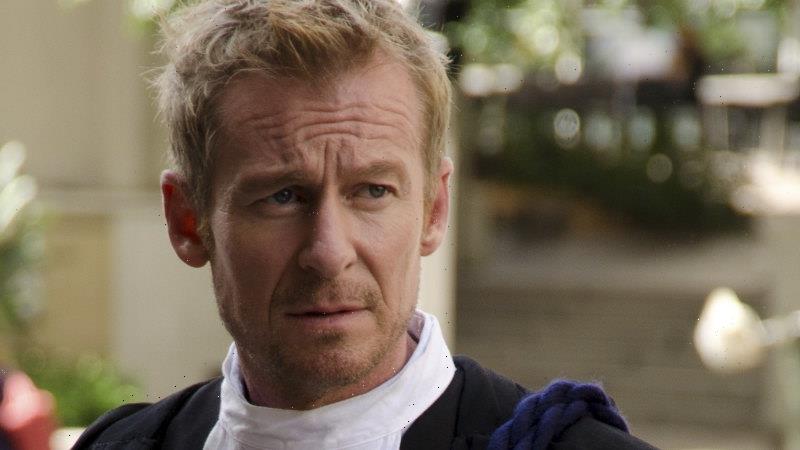 Nevertheless, Richard Roxburgh – who played Greene, the walking scandal of a criminal defence barrister, in the ABC series – has been hired by Victoria’s Office of Public Prosecutions to lead a series of videos on how the courts operate. 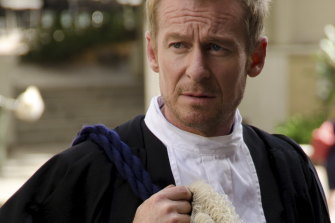 Roxburgh was flown from Sydney earlier this month for filming inside Melbourne’s Magistrates, County and Supreme courts.

Rather than reprise his Rake role, Roxburgh played himself in the educational videos, that will feature on the OPP’s website next year.

The OPP said the videos aimed to explain to people coming to court how the criminal justice system works.

“The Office of Public Prosecutions is committed to supporting victims and witnesses of serious crime,” an OPP spokesperson said. 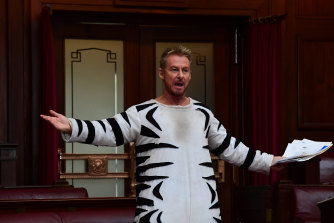 Cleaver Greene fires up in Rake.

“Victims and witnesses have told us that they like having information available to them in multiple formats.”

The videos were produced by the same company behind a Coroner’s Court and the Victorian Institute of Forensic Medicine web series called Afterlife, presented by actor Catherine McClements (who starred in the 90s cop show Water Rats) and media personality Meshel Laurie.

Celebrity agent Max Markson tipped that Roxburgh could command between $80,000 and $100,000 for the week’s work, but the cost of the production was described as lean, with budding performers at the OPP used as extras, rather than more paid actors.

Real judges declined to be involved.

Despite the tight budget, the production has rankled some in the OPP still smarting over the dissolution of the office’s specialist sexual offences units.

The Community and Public Sector Union, which has issued a dispute notification on behalf of its OPP members to the Fair Work Commission, is not pleased.

The OPP said the change was about managing staff workload and wellbeing, and would not impact the expertise offered to complainants. It said specialist prosecutors from the unit were now embedded across its trial practice.

Mr Markson quipped the OPP could have approached the real lawyer Cleaver Greene was based on, former high-flying Sydney barrister Charlest Waterstreet, if it really wanted to save money.

Mr Waterstreet declared bankruptcy in 2018 and was banned from practice by the NSW Bar Association last year.

“[And] Charles could do with the money more than Richard could, and it would have saved the taxpayer and government.

“Maybe this part will get him [Roxburgh] nominated for another Logie.”

Roxburgh, who also played the part of dodgy detective Roger Rogerson in Blue Murder, more recently appeared as Bob Hawke in The Crown and alongside Tom Hanks in the yet-to-be-released Baz Luhrmann film on Elvis Presley.