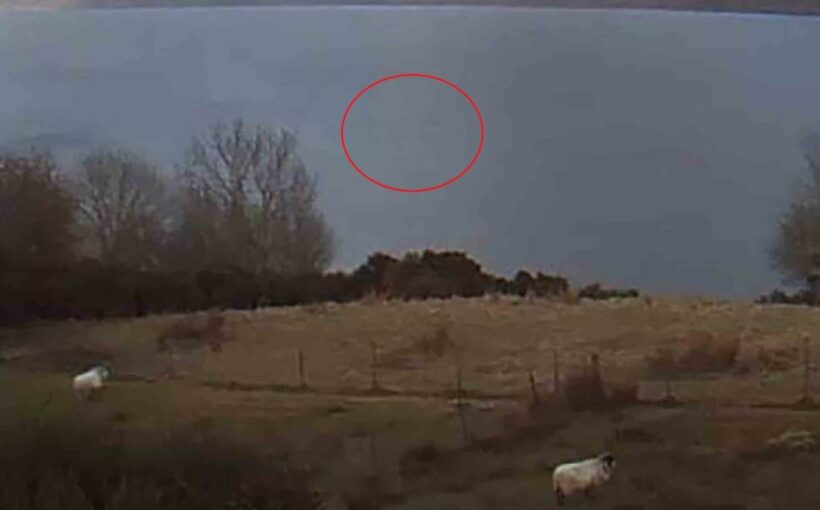 A new sighting of the Loch Ness monster has been reported to the Official Loch Ness Monster Sighting Register, marking the fourth this year and bringing the overall total to over 1133.

The legend of Nessie began on August 22, 565 AD, when the beast was apparently prevented from eating a local farmer by St Columba.

But it’s not just an ancient legend, there were 13 confirmed "sightings" in 2020.

This latest sighting was made by Nessie fan Eoin O’Faodhagain, a health worker from Donegal, Ireland, who regularly travels to the loch to watch for the mysterious – many say mythical – creature.

Eoin has made three sightings so far in 2021, the other one this year being made by Loch Ness webcam regular Kalynn Wangle from Oregon in the USA.

“There was disturbance of water and a wake is also visible with a black shape seen rising up and down, as it moves slowly across the screen and disappears under the letter h of the same word.

"Two smaller black shapes appeared, close together and I caught this odd looking image on a screenshot.

“I did not see any boats, at the time of sighting. There seemed to be a lot of action on the water around the object even though it moved slowly."

Eoin, 56, says he’s made numerous sightings on the 23-mile loch over the past 30-odd years: "On my very first visit (to the Loch) I had a sighting of a large mottled brown hump near Invermoriston in July 1987.

"That sighting only intrigued me further into the Loch Ness Monster. I have now captured 12 sightings to date in the last four years.”

In September last year, researchers from New Zealand theorised that the Loch Ness Monster could be a large eel, and DNA-tested water samples from the Loch’s murky waters in an attempt to prove their point.

But after a year of research, the University Otago team said they had found traces of over 3,000 species in the lake, most of them microscopic, but no evidence of a phantom dinosaur.

Professor Neil Gemmell of the University Otago in New Zealand says that while his team found no evidence, “plenty of uncertainty remains,” adding that Loch Ness is “deep dark and mysterious and it’s possibly the best setting in the world for a monster mystery."

According to figures from 2018, worldwide interest in Nessie is is worth some £41 million a year to the Scottish economy.