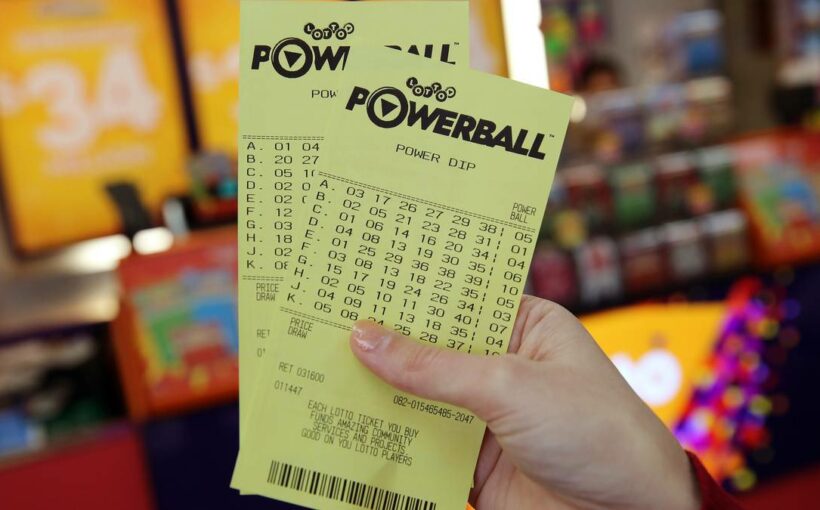 The numbers for tonight’s $16 million Powerball jackpot have been announced.

The bonus ball was 20 and the Powerball was 1.

Four tickets shared Division One’s million dollar prize. Each of those tickets is now worth $250,000.

They were bought from Vincent St Superette in Auckland, Paper Plus Taupo and on MyLotto to two players from Auckland.

Powerball and Strike Four jackpot to Wednesday night’s draw – worth $18 million and $600,000 respectively.

Live Lotto draws cannot take place while Auckland is in alert level 3 because they do not meet the Health Ministry’s Covid-19 safety guidelines.

Lotto New Zealand says the Powerball jackpot has been on a roll since it was last struck onAugust 21.

That win saw a young woman from Auckland become an overnight millionaire with $11.5 million just as the city entered alert level 4 lockdown.

The woman told the Herald she didn’t realise she had won even after seeing an email from Lotto the morning after the draw, and initially thought her prize was just $11,500.

The truth sank in after she checked a few more times and called Lotto to confirm the win.

“It was unbelievable. My sister and I just sat in the car screaming – it was such a cool moment,” said the woman who did not wish to be named.

“Being in lockdown means there isn’t a lot we can do to celebrate, but I went straight into the supermarket and grabbed a few treats.We actually celebrated with icecreams in the car,” she said.

Her win was the 15th Powerball strike this year, coming just weeks after a MyLotto player from South Canterbury won $5.3m with Powerball First Division.

A Christchurch family with a baby on the way was another lockdown millionaire, winning $1m on the August 29 Lotto First Division draw.

Earlier this month a Wellington couple took home $400,000 from the Strike Four prize.

They were similarly mistaken by the number of zeros on the prize and thought they had won $400 at first.

“I buy a Triple Dip most weeks so had no idea if I’d won something with Lotto, Powerball or Strike – a big win never even crossed my mind to be honest,” the man said.

Strike Four will once again have $400,000 up for grabs after rolling over on Wednesday’s draw.

Some stores are closed due to Covid-19 restrictions and Lotto NZ is expecting high demand on the MyLotto website before sales close on Saturday at 7.30pm.