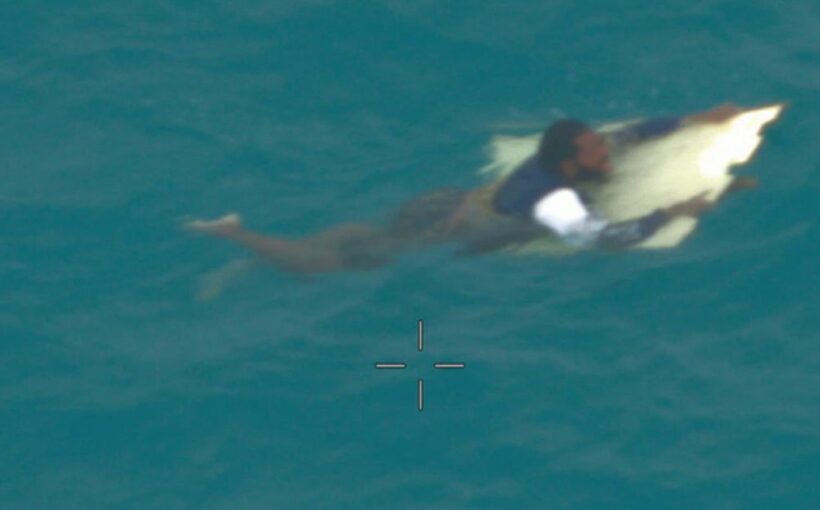 A man spent 20 hours stranded out at sea holding onto a chunk of debris before getting rescued.

The unnamed man was called "extremely lucky" by police after his dinghy capsized when it was destroyed by a wave in the Torres Strait, between Getullia Island and Sue Island.

After the man did not return back to Warraber Island on Tuesday (December 20), he was reported missing which is when the police begun their search for him.

Then 20 hours later, the 31-year-old was miraculously found holding onto a chunk of debris as Queensland Police confirmed that he had been floating in the water for almost an entire day before he was rescued.

A spokesperson for the force called it an absolute miracle that the man survived after an arduous journey.

They said: “It’s incredible," as they called it a "one in a million".

They continued: “To be floating in that water and knowing the creatures that are in there and to still be there some 20 hours later – he’s an extremely lucky fella.”

A police spokesperson added: “It was blowing about 40 knots and was really blustery and stormy, so that hampered the search and rescue efforts.

The man was spotted near the area where his dingy capsized and was pulled to safety the following morning and taken to Thursday Island, where he received medical attention as police confirmed that the man is currently recovering.

Queensland Police said: “He’s in really good spirits and not suffering from any serious conditions.

“He had no safety equipment on board at all, no EPIRBs [emergency beacons], no flares.

“He’s extremely lucky. That’s the big message that we’d like to get across, if you are going out this Christmas, enjoy yourselves but just make sure you get enough safety equipment."