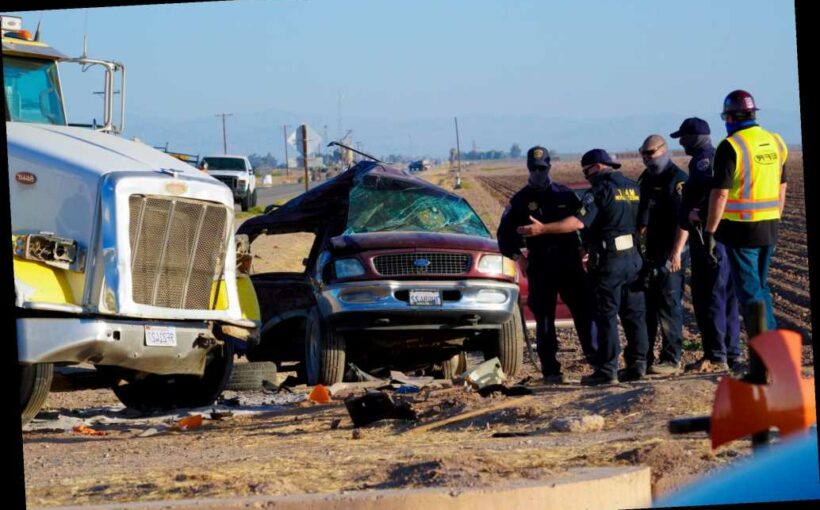 A man has been charged with organizing a smuggling event at the beginning of March that ended up leading to the deaths of 13 people from Mexico and Guatemala.

The U.S. Attorney's Office for the Southern District of California announced Tuesday that Jose Cruz Noguez was charged in federal court with conspiracy to bring aliens to the United States outside a port of entry causing serious bodily injury/placing a life in jeopardy, and bringing in aliens without presentation for financial gain.

Cruz — who is a legal, permanent U.S. resident — appeared before U.S. Magistrate Judge Ruth Bermudez Montenegro on Tuesday and is scheduled for a detention hearing on April 5. A preliminary hearing was set for April 13, and Cruz is set to be arraigned on April 27.

Legal representation for Cruz, 47, could not immediately be identified by PEOPLE, though the Attorney's Office said that federal defenders have been assigned to him.

On March 2, 13 people died in a car crash involving an SUV allegedly carry 25 migrants and a tractor-trailer near Southern California's border with Mexico. Twelve people died on the scene, and one person died on the way to the hospital; several of the survivors suffered "serious injuries," according to prosecutors.

Never miss a story — sign up for PEOPLE's free daily newsletter to stay up-to-date on the best of what PEOPLE has to offer, from juicy celebrity news to compelling human interest stories.

Prosecutors said that the informant participated in a secretly recorded conversation with Cruz on March 26, during which Cruz "confirmed his involvement in the March 2, 2021, event, including that his other associates cut the border fence; that the vehicles were fully loaded; and that he collected money for the event."

Cruz also allegedly said during that conversation that there were 60 people in two vehicles and that the driver would make $28,000.

"These smuggling networks seek maximum profit by moving as many people as possible across the border with zero regard for their safety and well-being," acting U.S. Attorney Randy Grossman said in a statement. "Cramming dozens of people into eight-passenger vehicles and driving recklessly to avoid detection shows an utter disregard for human life. We will find and prosecute smugglers who use these methods and cause such tragic and avoidable deaths."