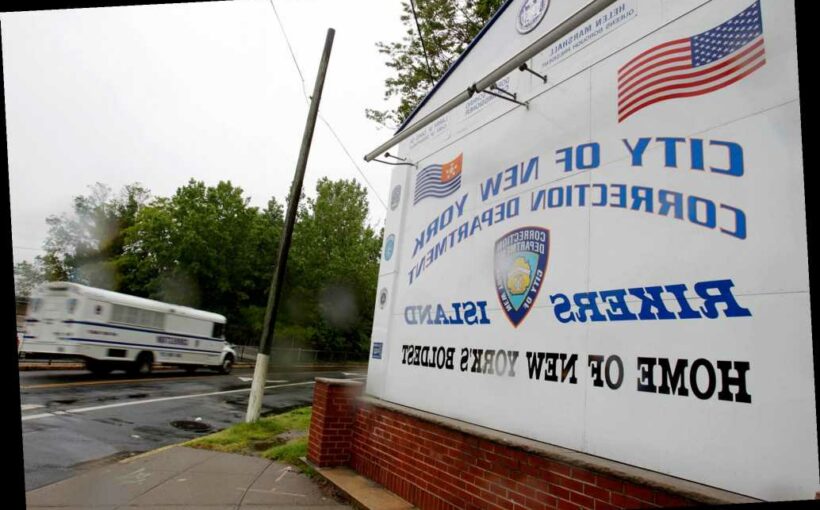 Attempted murder suspect back behind bars after mistaken release from Rikers

Another suspect in a violent crime mistakenly released from Rikers

A man accused of harassing a woman and her kids hanged himself in his Rikers Island cell early Friday — ahead of his scheduled court appearance later in the day, according to law enforcement sources and jail records.

A correction officer found Javier Velasco unresponsive, with a bed linen around his neck, around 5:15 a.m. inside his cell at the Anna M. Kross Correctional Facility, the sources said.

Medical staff provided assistance to Velasco, 37, but he was pronounced dead about an hour later, according to the sources.

Velasco was arrested on March 4 in Queens and was being held on charges including criminal contempt, menacing, aggravated harassment and endangering the welfare of a child, according to his criminal complaint.

Velasco repeatedly called a woman who had an order of protection against him — on one occasion leaving a voicemail threatening, “I’m going to break your house window. I’m going to throw a rock through your window, don’t say I didn’t warn you. See you soon motherf–er. I’ll see you in a few minutes,” prosecutors said.

He also allegedly called the woman’s 10-year-old son and 11-year-old daughter multiple times, according to the complaint.

Velasco was set to appear in court Friday, records show.

The inmate’s death comes on the tail of two separate Rikers mishaps in which prisoners were accidentally released — the first a man who was awaiting trial in a 2018 Brooklyn murder.

The second man, who was charged with attempted murder in connection to a shooting from last summer, escaped on Monday but has since been returned to custody.