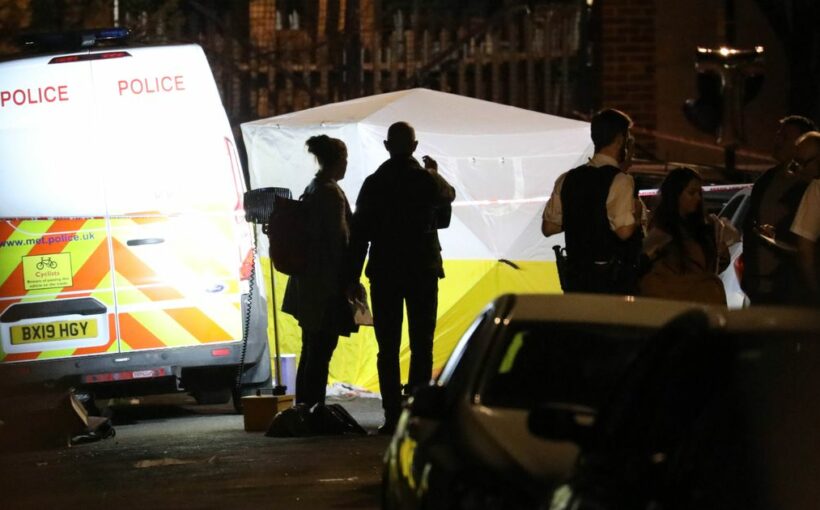 A man has died after he was knifed to death on a street in south London while two other victims, believed to be connected to the same incident, turned up at hospital with stab injuries.

The Met Police confirmed that they were called to Alpha Road in Croydon at around 9.10pm after reports of the stabbing.

Medics from the London Ambulance Service (LAS) also attended but sadly the victim was pronounced dead at the scene.

At this stage police have released no further details regarding the two men who presented themselves at the south London hospital with stab injuries, reports MyLondon.

A spokesperson for the Met Police said: "Police were called at approximately 9.10pm on Tuesday, March 30, to reports of a stabbing on Alpha Road, Croydon.

"Officers attended along with the London Ambulance Service. A man – no further details – was pronounced dead at the scene. Enquiries are ongoing to trace his next of kin.

"Two men – no further details – have self-presented at a south London hospital with stab injuries. They are believed to be connected to the prior Alpha Road incident. We await an update on their conditions."

So far there have been no arrests and the investigation continues. Police are urging anyone with information to call 101, or tweet @MetCC, quoting CAD 7449/30March.

Just a few hours later in north London police confirmed they were also called to a stabbing in Camden bringing the total in the capital on Tuesday (March 30) to four.

Although the three stabbings in Croydon and the knife attack in Camden are unrelated it demonstrates the level of violence that can occur in London in just a few hours.

In a Tweet at 11.30pm, the Met Police confirmed that the stabbing in Camden happened on Gray’s Inn Road and in response the police ordered a Section 60 giving officers enhanced powers to stop and search in the area.

The victim is believed to be in his 20s and was taken to hospital with stab injuries.

There is currently no update on his condition.