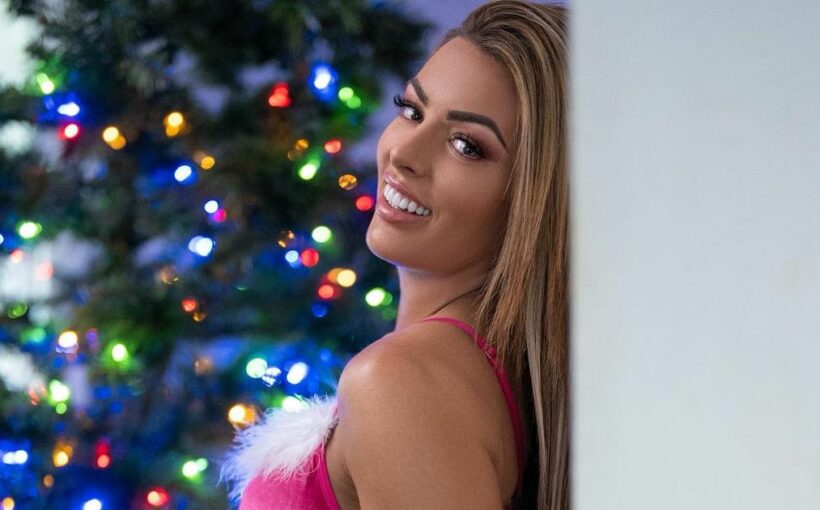 Former NXT champion Mandy Rose has thanked her fans for their "abundance of love" and promoted a series of racy snaps following her WWE firing.

The 32-year-old champion had been the leading star on the NXT flagship brand before her unceremonious sacking just two weeks ago.

But since then, Rose, a former member of the Toxic Attraction stable, has taken to Twitter to thank those supporting her, and in doing so promoted a series of festive snaps.

READ MORE: Ex-WWE star Mandy Rose has 'made over £400k' from racy content since her firing

It is the first series of tweets the former WWE star has made since her sacking on December 14, the day after she dropped the NXT championship to Roxanne Perez.

In a Christmas message to her fans, Rose took to her Twitter and thanked her million followers for their "abundance of love" following the news of her release from the company.

She said: "Merry Christmas to all! Really appreciate the abundance of love & support I’ve gotten the last couple weeks."

Her offer included a half price discount on her FanTime account, a similar platform to that of OnlyFans, and one of the alleged reasons behind her removal from the WWE brand.

Rose's tweet, which was accompanied by a racy festive snap racked up tens of thousands of likes as well as thousands of retweets.

Thousands of fans replied to the recently released wrestler, with one user writing: "Merry Christmas, you absolute legend."

The star also took the time to thank her successor and new NXT champion, Roxanne Perez, who she dropped the tape to on December 13.

The tweet, which showcased current champion Perez talking of how "amazing" Rose is, appeared to catch the attention of the former NXT champion, who replied to the tweet.

She wrote: "Awww love you roxc you're amazing" followed by a heart emoji.

It comes as Rose's management reveal that the star could have been a self-made millionaire by Christmas should her earnings continue at their reportedly hefty trend.

Agent Malki Kawa has claimed the star made around £400,000 following her release from the WWE.