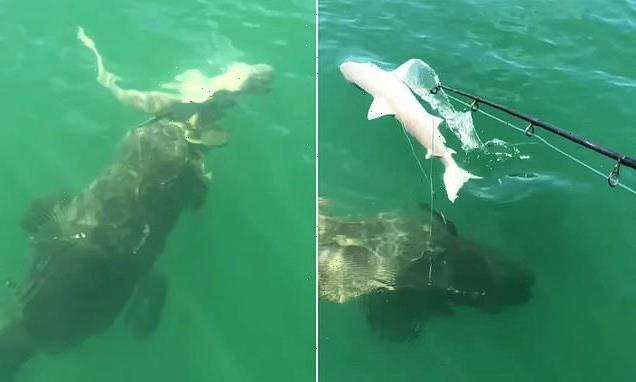 There is always a bigger fish! Massive sea monster swallows 3-foot-long SHARK in one gulp off Florida coast

A shark was swallowed whole by a leviathan-like sea creature off the coast of Goodland in Florida, leaving a boatful of fishermen utterly dumbfounded.

Fishing-boat captain John Brossard, 57, and his crew were attempting to reel in a  small shark when the seafarers encountered three menacing shadows through the murk of the Atlantic – a band of Atlantic Goliath groupers.

The fishermen then found that the sea is indeed a cruel mistress when one of the colossal fish shot up to the surface and swallowed the shark in one go. 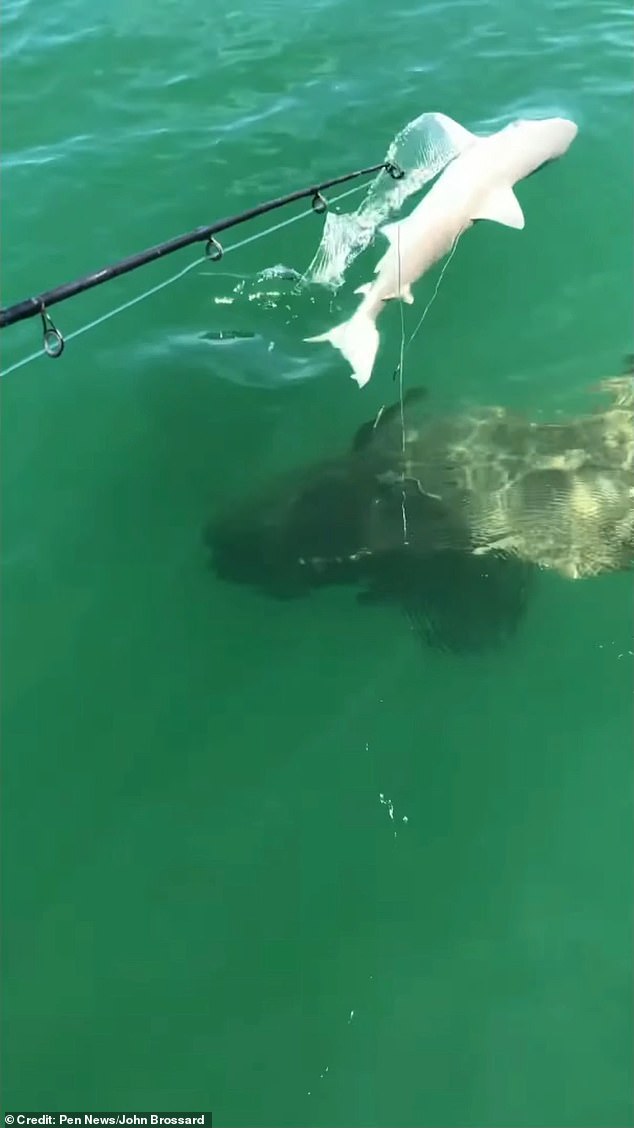 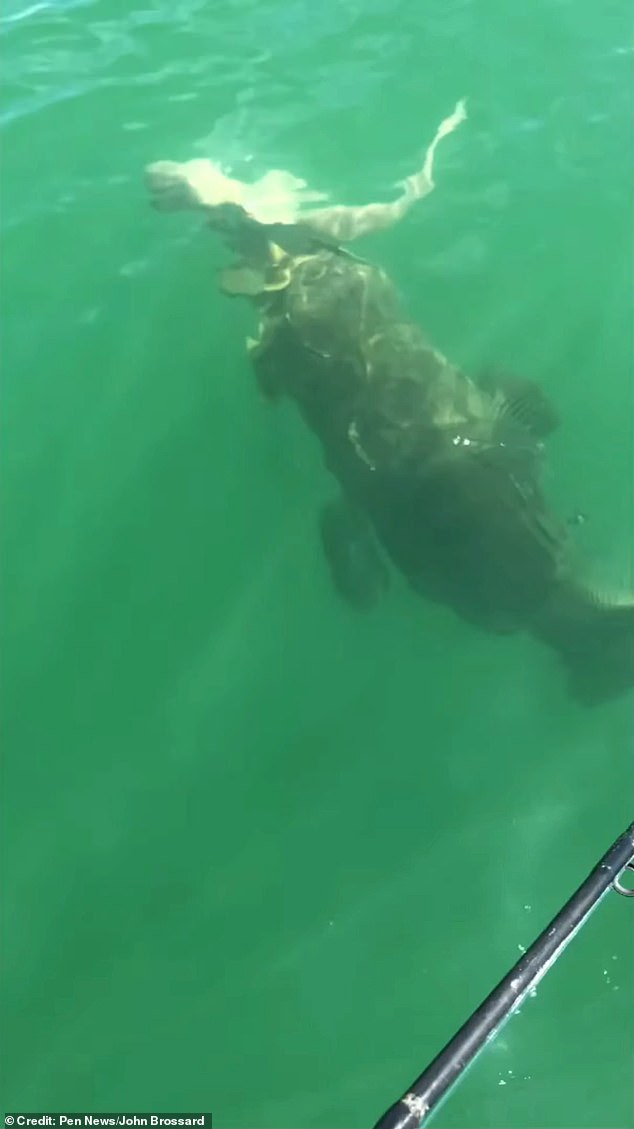 One of the massive fish spotted a three-foot-long shark that the crew was about to reel in, and went in for the kill

Brossard, 57, could do nothing but stare in awe as the fish swam off with what would have been their catch, severing their line.

‘Basically, we were shark-fishing,’ the mariner recalled, ‘when all of a sudden two or three goliath groupers started hanging out under the boat waiting for our catch to come in.’

‘We were just thinking “wow, unbelievable! Something is going to eat a shark and it’s bigger than a shark.”‘

‘We were very surprised. Basically it ate the shark, and took down and broke the line.’

‘We were using a 50-pound test line and that was not enough.’

Brossard estimated that the gargantuan grouper weighed at least 500 pounds, while the shark was a modest three feet long.

He added that the crew had been fishing in an area considered perilous even to the most fearsome of sea critters. 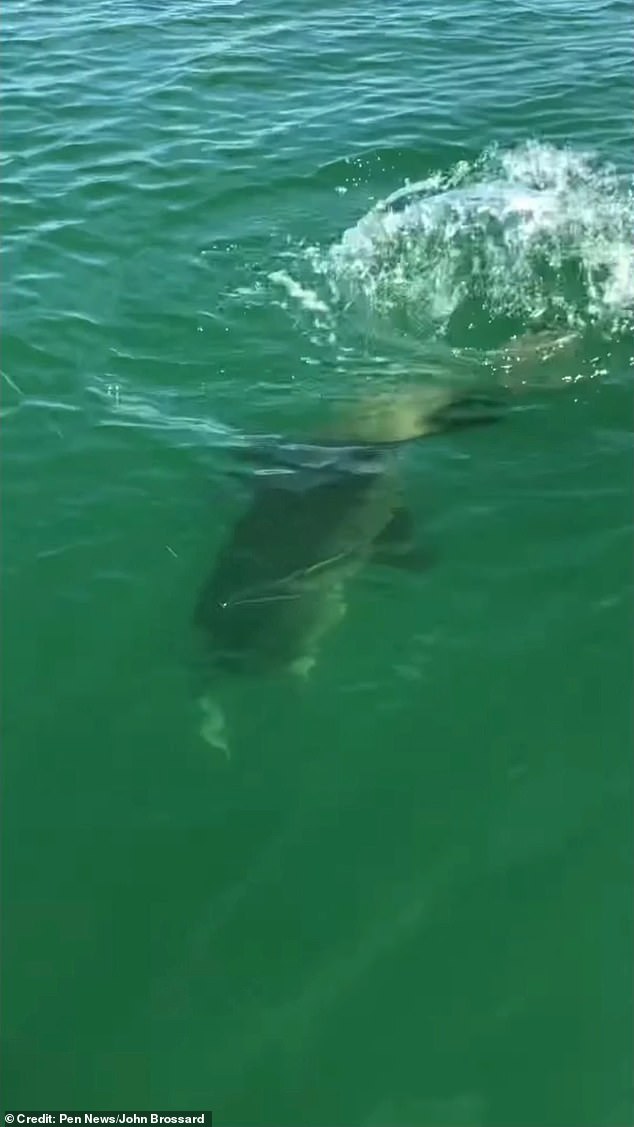 ‘Where we were fishing is basically the Florida Everglades,’ he remarked.

‘There are sharks, alligators, crocodiles, pythons, dolphins and manatees all in one place.’

‘It’s the only place in the world that has all these creatures in one place and everything there tries to eat everything else.’

‘Bull sharks have been seen getting eaten by crocodiles and alligators sometimes, and sharks also get eaten by bigger fish there.’

But, alas, there is always a bigger fish!