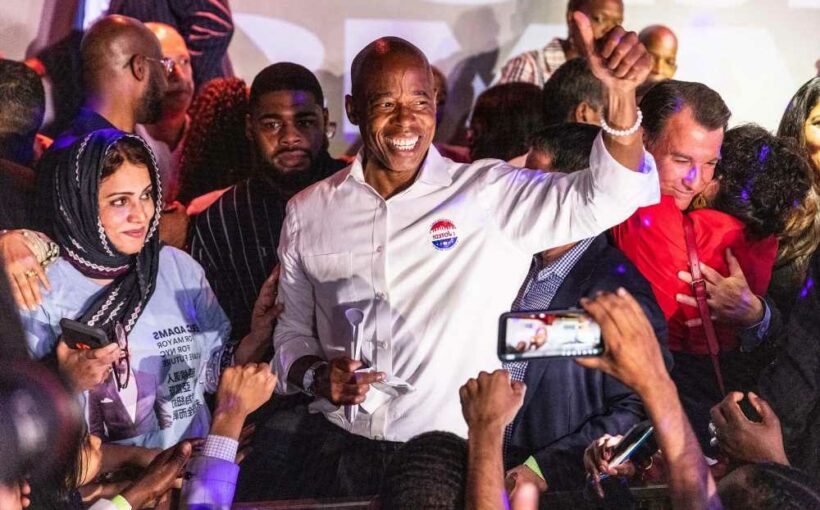 Cuomo to de Blasio: Don’t let the door hit you on way out

While the results in the mayor’s race are still uncertain, it does not appear that any of the anti-cop “Defund” candidates will occupy City Hall next year.

This is welcome news: The mayor of New York City appoints the police commissioner and sets the tone for law enforcement. We need a leader who at least makes the right noises about the importance of safe streets and recognizes the clear role of the police in getting them.

But the mayor of New York, while powerful, doesn’t rule alone. And down-ballot races indicate that the next mayor will face sharp opposition from the left as he or she tries to set a moderate course in dealing with the city’s many problems.

By all indications, it appears that councilman Brad Lander of Brooklyn will be the next comptroller. Lander is an avowed democratic socialist and a staunch advocate of defunding the NYPD. And unlike some figures in New York politics who intemperately joined the #Defund mob last summer only to walk back their support later, Lander attended a #Defund rally just last week.

Last September, when the Big Apple’s economic future was looking particularly dire, Lander penned an enthusiastic op-ed in The New York Times calling for the city to snap up distressed properties at bargain prices and “creatively” repurpose them as “social housing” for the poor.

“We need to move quickly,” Lander exclaimed in his excitement that the economy was poised to collapse. This soft communism will now inform the analysis of the city’s top bookkeeper.

Alvin Bragg appears to have won the race for Manhattan district attorney. One of Bragg’s key campaign promises was to defund his own office — though he claims that diverting “prosecutorial resources” to other uses is different. (It isn’t.)

Bragg agrees that rapists and murderers should be incarcerated, and we should be grateful for small mercies. However, he also believes that “these cases make up a small minority of the ‘violent felonies’ the Manhattan district attorney prosecutes, and for the majority of these other ‘violent felony’ cases, the default position of my office will be to offer a non-incarceratory disposition.”

Got that? The new presumptive Manhattan DA thinks that felony assault, grievous bodily injury, armed robbery and carjacking don’t merit jail time. He cites the term “violent felony” with scare quotes, to indicate that he isn’t even sure what it really means.

Bragg also sees the “root causes” of crime as within his ambit. He wants to address poverty, racism and substance abuse through the office of the prosecutor and plans to expand the use of “violence-interrupter” programs, which have a demonstrated record of zero success.

If you were hoping the new City Council would supply a check against the crazy, guess again. Not only are advocates for disorder such as Gale Brewer and Charles Barron reclaiming their seats, but hard-left Democratic Socialists including Tiffany Caban and Alexa Aviles will be joining them. Sandy Nurse will also be there. Though she doesn’t identify as a socialist per se, she does proudly explain that she has “been anti-capitalist for a long time.”

The apostles of chaos are ready to take over the city government in January. Is Gotham ready for them?

Seth Barron is managing editor of The American Mind and author of the new book, “The Last Days of New York.”