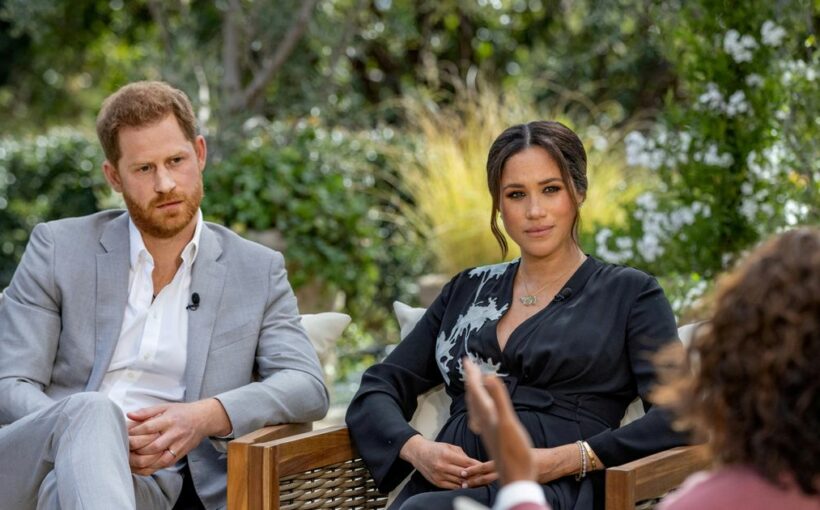 Meghan Markle's recent Emmy nomination for the bombshell interview she did with Oprah Winfrey has been brutally mocked by an Australian television journalist.

The Sussexes appeared in an interview with the US TV legend in March which sent shockwaves around the world and has now been nominated in the category of Outstanding Hosted Nonfiction Series or Special.

And now following the nomination, Carla Bignasca, a regular contributor for Channel 9's Today, has questioned why the interview had not been placed in the drama category amongst other "fictitious" programmes, and asked whether it would be the "first and only" award for the Duchess of Sussex.

Speaking on the Today show, she said: "I'm just confused what category it's in, I think is it the best drama category?

"Because I think it would probably win, not to be confused with The Crown or other fictitious royal documentaries or whatever else material that's been out there.

"It's up against the Britney Spears documentary which has had a huge impact on her legal case, so I can only imagine that Britney Spears might win in this case, over Meghan and Harry.

"But good on them, will it be the first and only nomination Meghan wins for her work on TV?"

Other nominations within the category include David Letterman: My Next Guest and Stanley Tucci: Searching for Italy.

Prince Harry and Meghan Markle's bombshell interview with the US chat show host was aired on March 7, 2021, on CBS in America, and later on ITV in the UK.

On CBS, the tell-all interview attracted an audience of 17 million, with around 14.8 million tuning in to ITV the following day.

Harry and his wife Meghan Markle announced on January 8 last year that they would step back from senior positions within the Firm following talks at Sandringham with Prince Charles, Prince William, and the Queen.

Meghan and Harry have since relocated with their son Archie Harrison to California, where they have since been joined by newborn daughter Lilibet, having spent the intervening period living in Canada, in hopes of a more private lifestyle.

The Sussexes made a series of bombshell claims about the royal family during the interview with Oprah, including allegations that Kate Middleton made her new sister-in-law Meghan cry, as well as revelations that the Duchess of Sussex had suicidal thoughts and that there were concerns within the Palace about "how dark" their baby would be.