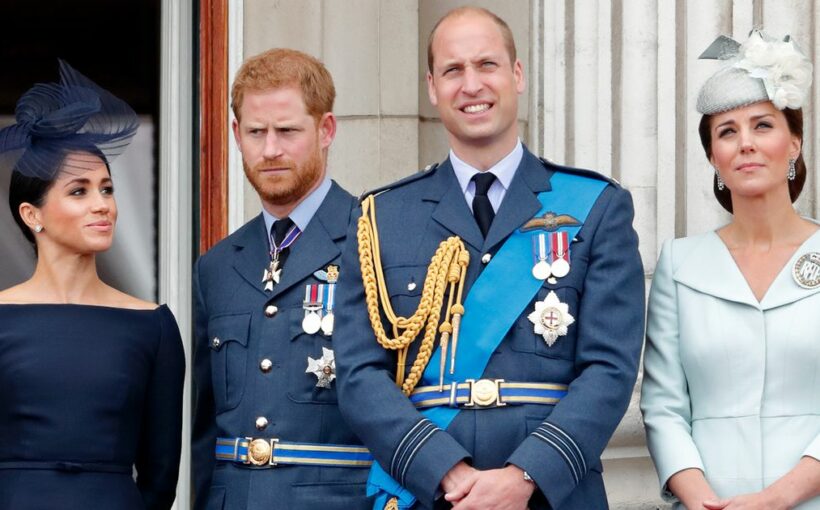 Meghan Markle "became obsessed" with getting Buckingham Palace to release a statement regarding her feud with Kate Middleton, a new book claims.

The now-sisters in law were rumoured to have had a row ahead of Meghan and Prince Harry's wedding in 2018.

It has been claimed that the Princess of Wales was moved to tears during a fitting for flower girl Princess Charlotte's dress.

Meghan then went on to claim during her bombshell interview with Oprah Winfrey in March 2021 that it was she who was made to cry by Kate.

A new book called Courtiers: The Hidden Power Behind The Crown, by Valentine Low, claims Meghan pushed for the Palace to put the record straight.

An extract from the publication, featured on Mail Online, reads: “They (the Palace) were equally adamant it would be a serious mistake to start briefing about personal stories relating to differences between members of the Royal Family.

“Not only did they not want to brief against other royals, but they feared it would create a precedent, making it harder in future for them to avoid commenting on personal tittle-tattle.

“This became a major point of contention between Meghan and her media advisers.”

Discussing the incident with Oprah, Meghan said: “What was hard to get over was being blamed for something that not only I didn’t do, but that happened to me.

“The people who were part of our wedding going to our comms team and saying: 'I know this didn’t happen.' I don’t have to tell them what actually happened.

“I would hope that she would have wanted that corrected and maybe in the same way that the Palace wouldn’t let anybody else negate it, they wouldn’t let her because she’s a good person."