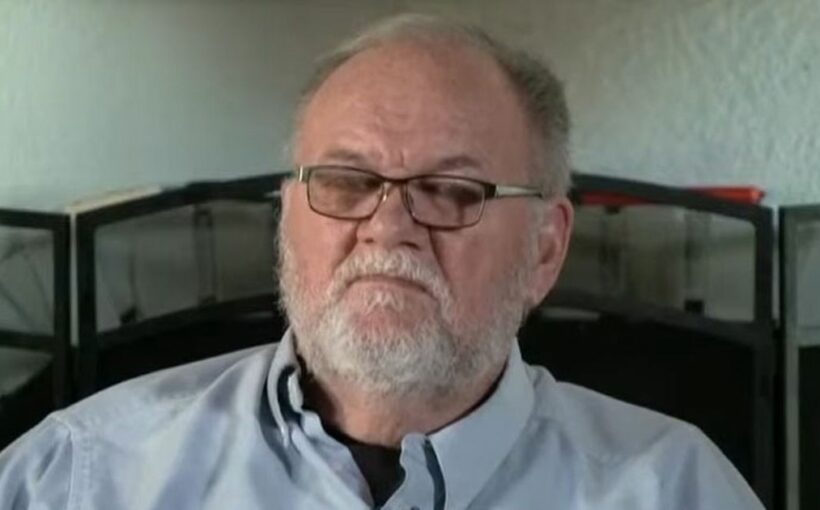 Meghan Marke's dad hopes that the Queen's funeral will help heal the rift between himself and his estranged daughter.

The father is said to have been buoyed after seeing his son-in-law Prince Harry reunited with Prince William, given their rift.

He has been unable to contact Meghan following their falling out over staged photos taken before her wedding to Harry in 2018.

He is also yet to meet Harry or his grandchildren Archie, three, and Lilibet, one, reports the Mirror.

Speaking about their dad, Thomas Jr – Meghan’s half-brother – told the Sunday Mirror that they both watched clips of the Queen's funeral.

Meghan was repeatedly seen with husband Harry’s family – including an emotional walkabout outside Windsor Castle with brother-in-law William, 40, and his wife Kate Middleton, also 40.

Addressing Meghan directly Thomas Jr, 56, said: “Dad treated you like a princess your entire life and deserves the respect. You didn’t call him for his heart attacks or stroke, but it’s never too late.”

He said of his father’s health battle: “I take him to speech therapy every week and a full recovery is on the horizon.

“He’s in good spirits and he’s getting his voice back. Some days are good, some are not so good. Full recovery, we hope, is in the near future.”

Urging Meghan to take steps to fix the rift, he added: “I’d like to send this invitation for her to do the right thing and make amends with her father.

“But she also has to make amends with our sister Samantha and myself. Everyone makes mistakes – it’s never too late to do the right thing.”