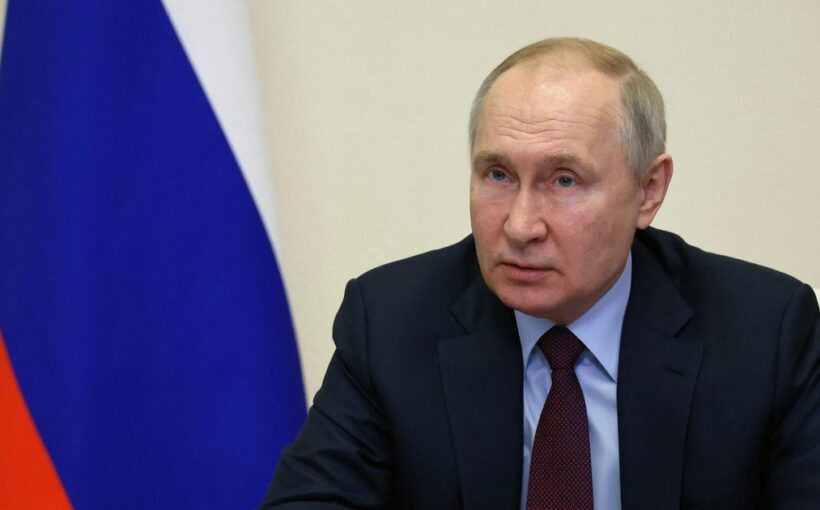 Vladimir Putin’s disastrous attack on Ukraine, which began in February 2022, could end up triggering a civil war in Russia that could destroy the country, according to a top Russian army veteran and former Federal Security Service (FSB) officer.

Still the subject of an international arrest warrant, Girkin is now fighting with a volunteer unit in Ukraine – but says the Russian army is crippled by incompetence among its leaders.

Girkin says that a civil war, causing millions of casualties, is increasingly likely.

In the video discussion, posted to Twitter on Sunday by Anton Gerashchenko, adviser to the Minister of Internal Affairs of Ukraine Girkin warned that Russia could "collapse into a civil war with millions of casualties, with a complete collapse and defragmentation.”

He says that ordinary Russians have no idea what they’re fighting for in Ukraine: ”Simply put, the troops are fighting by inertia, not having the slightest idea of the ultimate strategic goals of the military campaign.

"In most parts of the [Russian Federation] Armed Forces, soldiers and officers do not understand: In the name of what, for what, and with what purposes they are fighting. It’s a mystery for them: What is the condition for victory or just a condition for ending the war?”

Moscow-born Girkin, who was at one point Defence Minister for the self-proclaimed Donestk Republic, a breakaway region of Ukraine, has been quoted as saying: “It was me who pulled the trigger of war” by leading the invasion of Crimea.

“If our squad had not crossed the border everything would have fizzled out in Kharkiv like it did in Odessa,” Girkin said.

He claimed that he and a group of 52 elite Russian commandos seized Ukrainian government buildings, including police stations and security service offices, in April 2014.

Girkin and three others were charged with murder after Dutch prosecutors established a link between him and the shooting down of Malaysia Airlines Flight 17 in July 2014.

The Boeing 777 was on its way from Amsterdam to Kuala Lumpur when it was struck by a Buk missile belonging t the 53rd Anti-Aircraft Missile Brigade of the Russian Federation.

The missile, fired by pro-Russian separatists in Donetsk, killed 298 people.

A few days later two Ukrainian military jets were hit by missiles at the altitude of 17,000 feet close to the area of the MH17 crash. According to the Ukrainian Security Council, all available evidence suggested indicated that the missiles came from Russia.

Dutch judge, Hendrik Steenhuis, said there was “no possibility for reasonable doubt whatsoever” that Russia was behind the separatist forces that had brought the plane down.