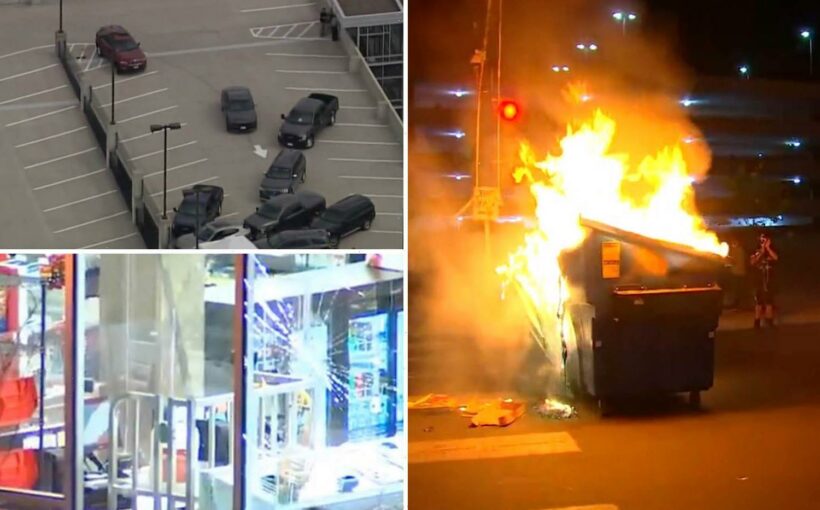 RIOTS erupted in Minneapolis last night after a black man who allegedly pulled a gun on cops was shot dead and barriers were dismantled at George Floyd Square.

Police fired tear gas at the protestors as they reportedly smashed windows and lit a dumpster on fire in Uptown, close to where the suspect was killed. 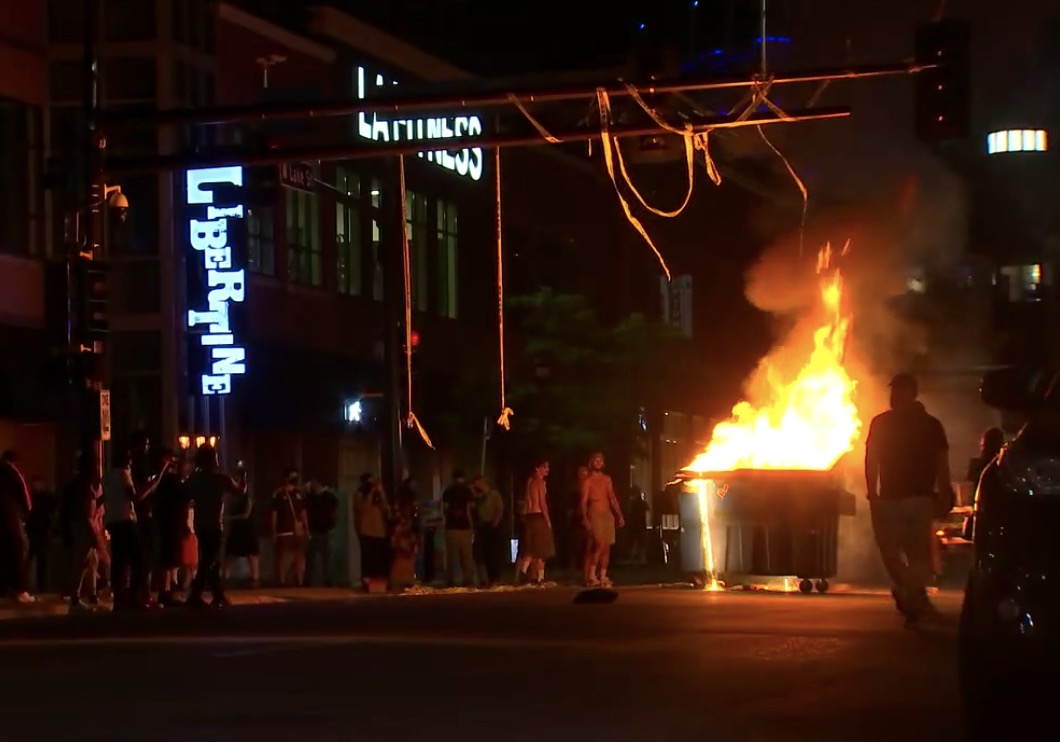 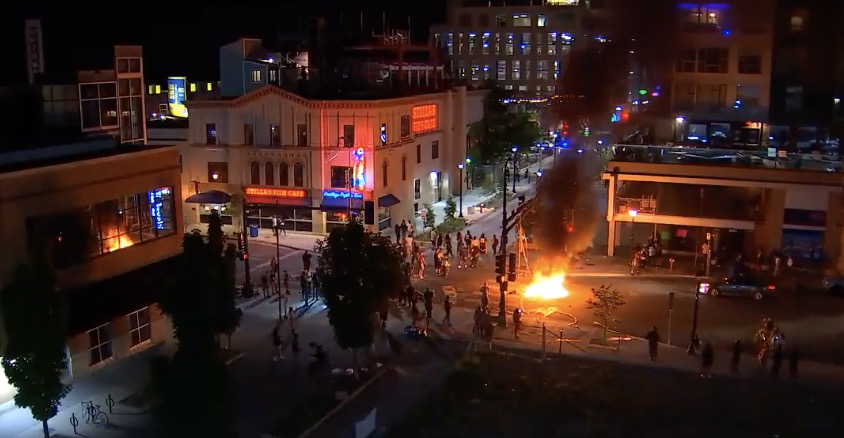 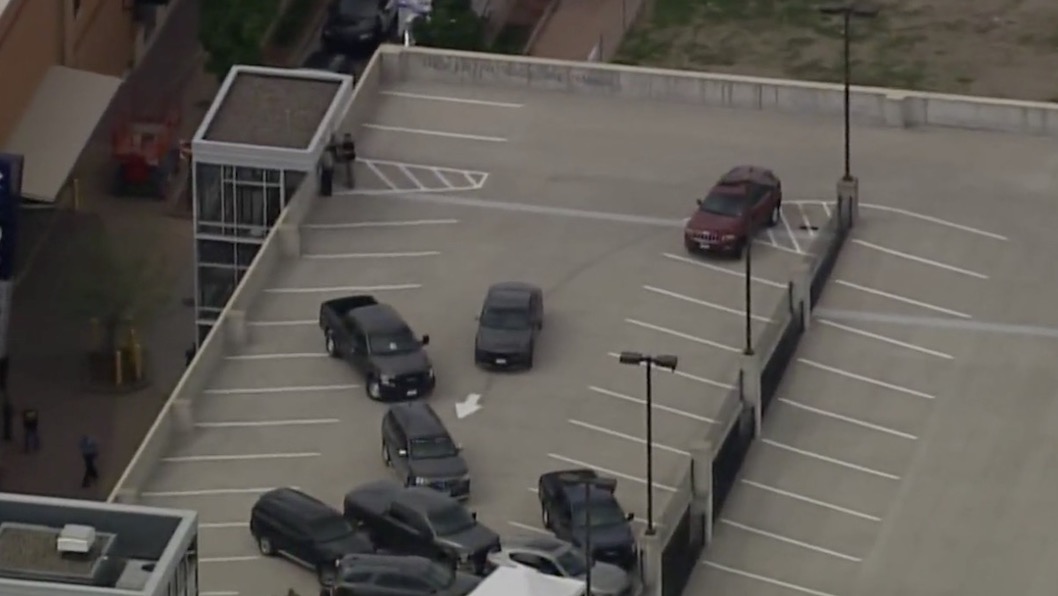 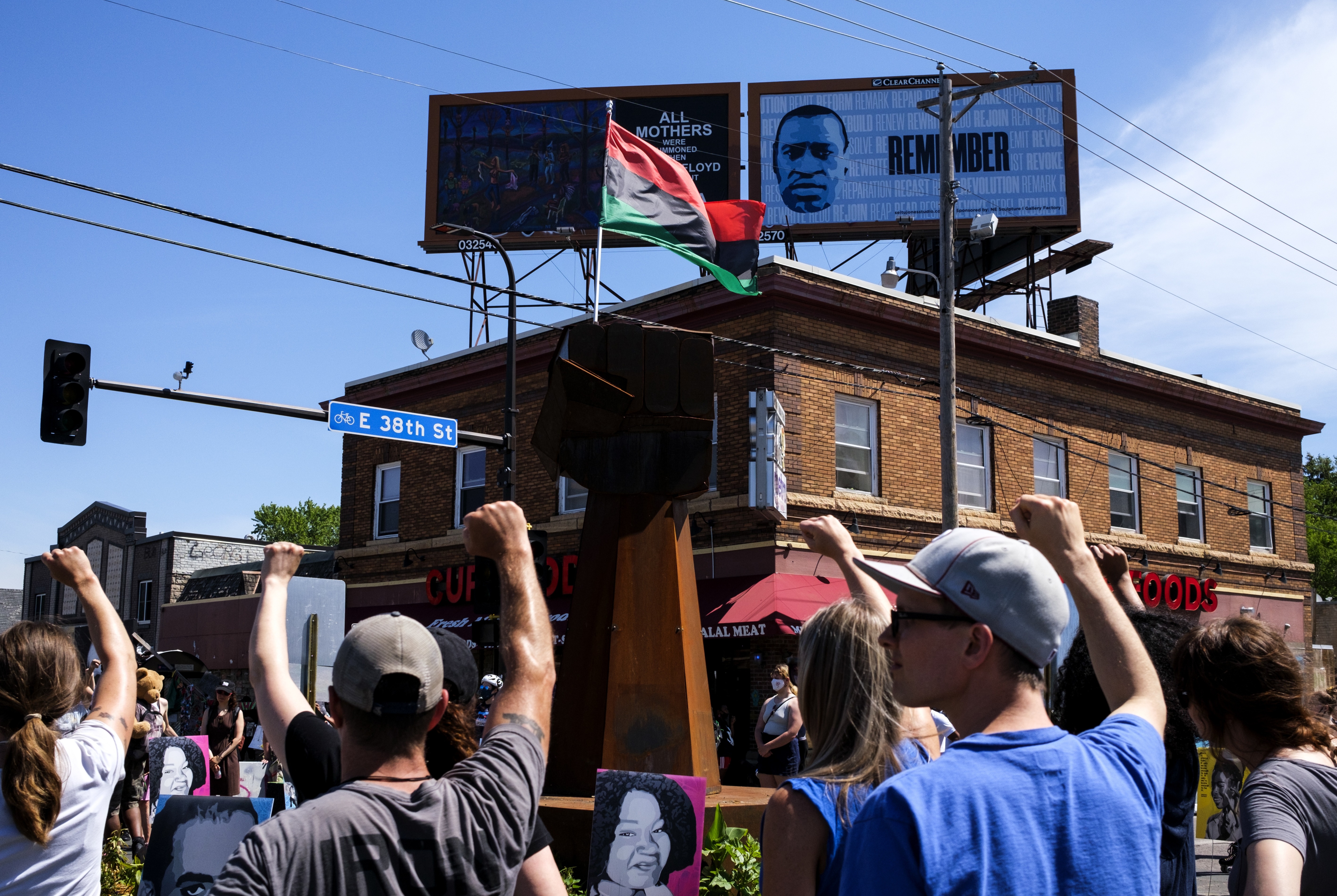 The man, who has not been named, was wanted on a state arrest warrant for possession of a firearm by a felon.

US Marshals moved in on him outside a parking garage at 2pm as he was sat in a stationary car.

According to officials, the man "produced a handgun resulting in task force members firing upon the subject."

Officers attempted life-saving measures but the man was pronounced dead at the scene.

The shooting came after crews began removing the concrete barriers surrounding George Floyd Square, a so-called "autonomous zone" that was established shortly after his murder in May last year.

Protests were already underway over the dismantling of the square when news of the police shooting was shared.

Angry demonstrators then descended on the scene of the shooting and barricaded off  Lake Street and Girard Avenue. 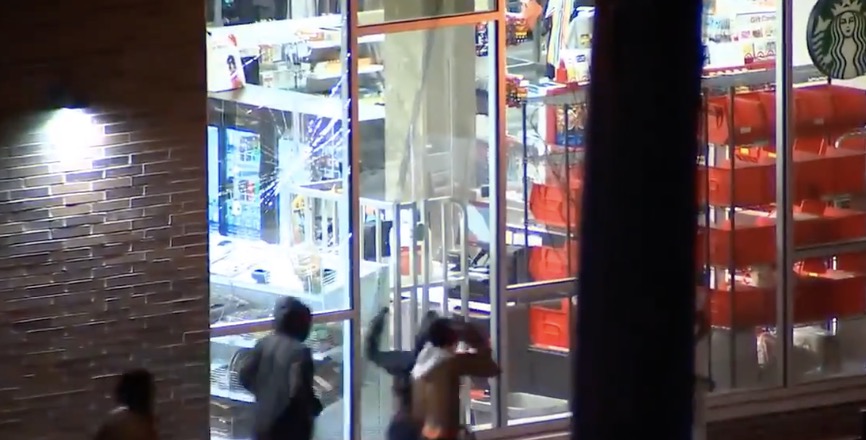 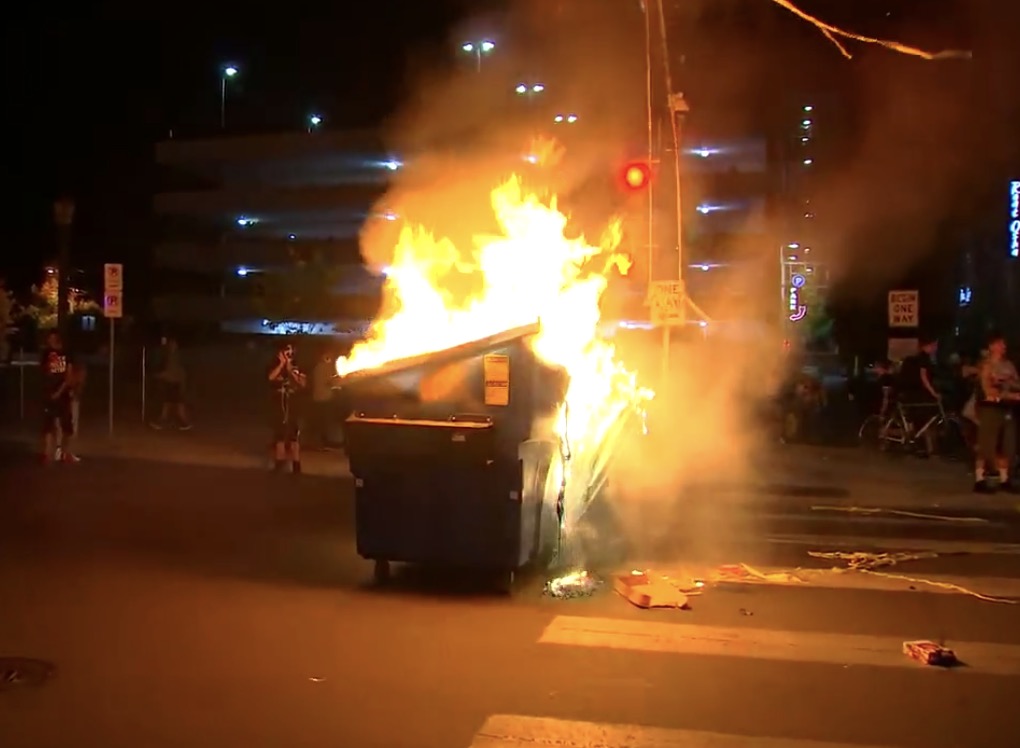 It took police over 40 minutes to respond, and by the time they arrived, the crowd had fenced them out with make-shift barricades comprised of cars and motorcycles, journalist Rebecca Brannon said.

A dumpster was torched in the middle of the street and melted into a "puddle of fire", KSTP reporter Ben Henry tweeted.

The few dozen protesters continued to add items to the dumpster to keep it burning, FOX 9 reported.

Brannon filmed police moving in aggressively on the unruly crowd, firing tear gas into the intersection to get them to disperse.

The unrest simmered into the early hours of the morning, with infighting breaking out among demonstrators at times.

Several windows of businesses were smashed and at least two stores were looted. 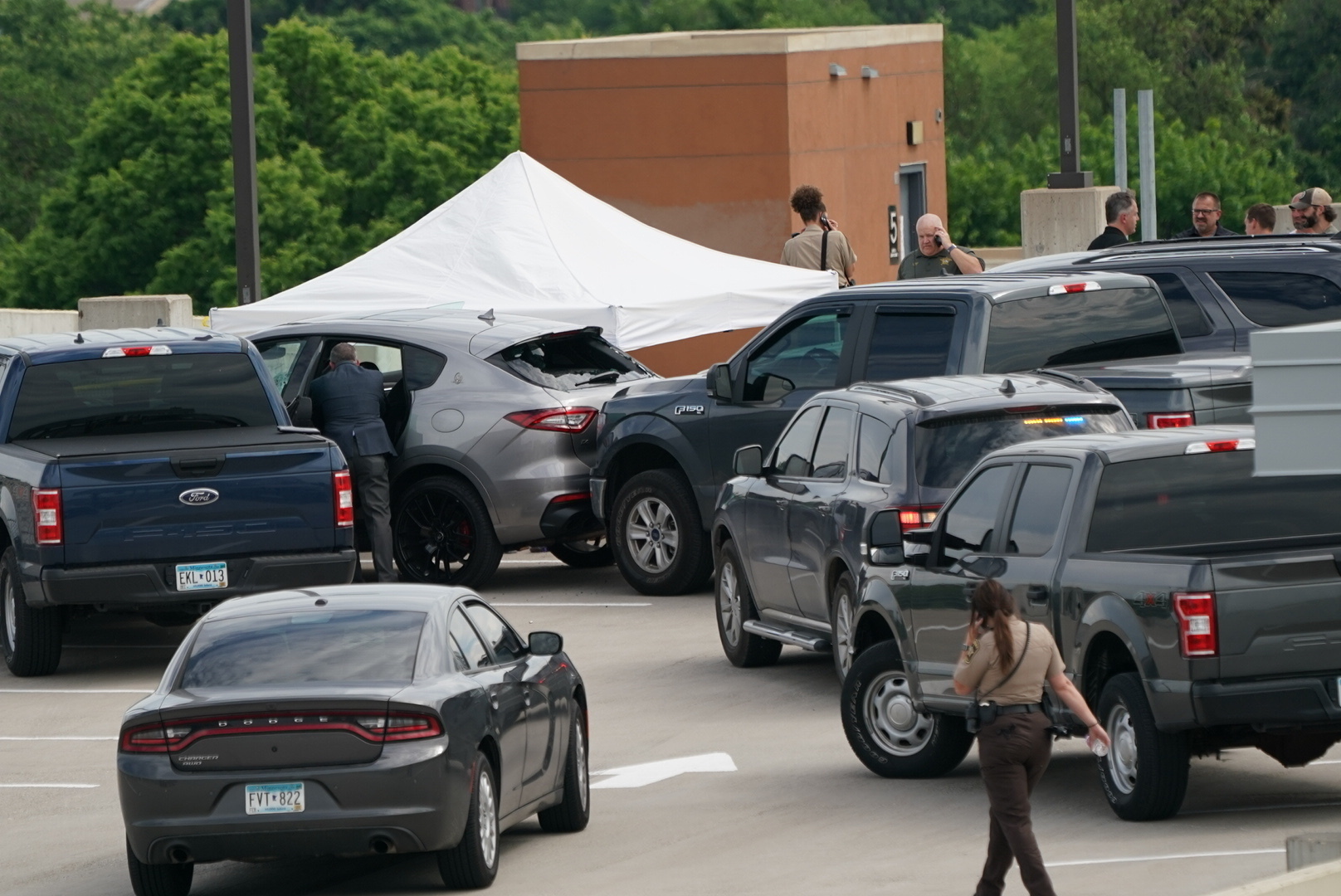 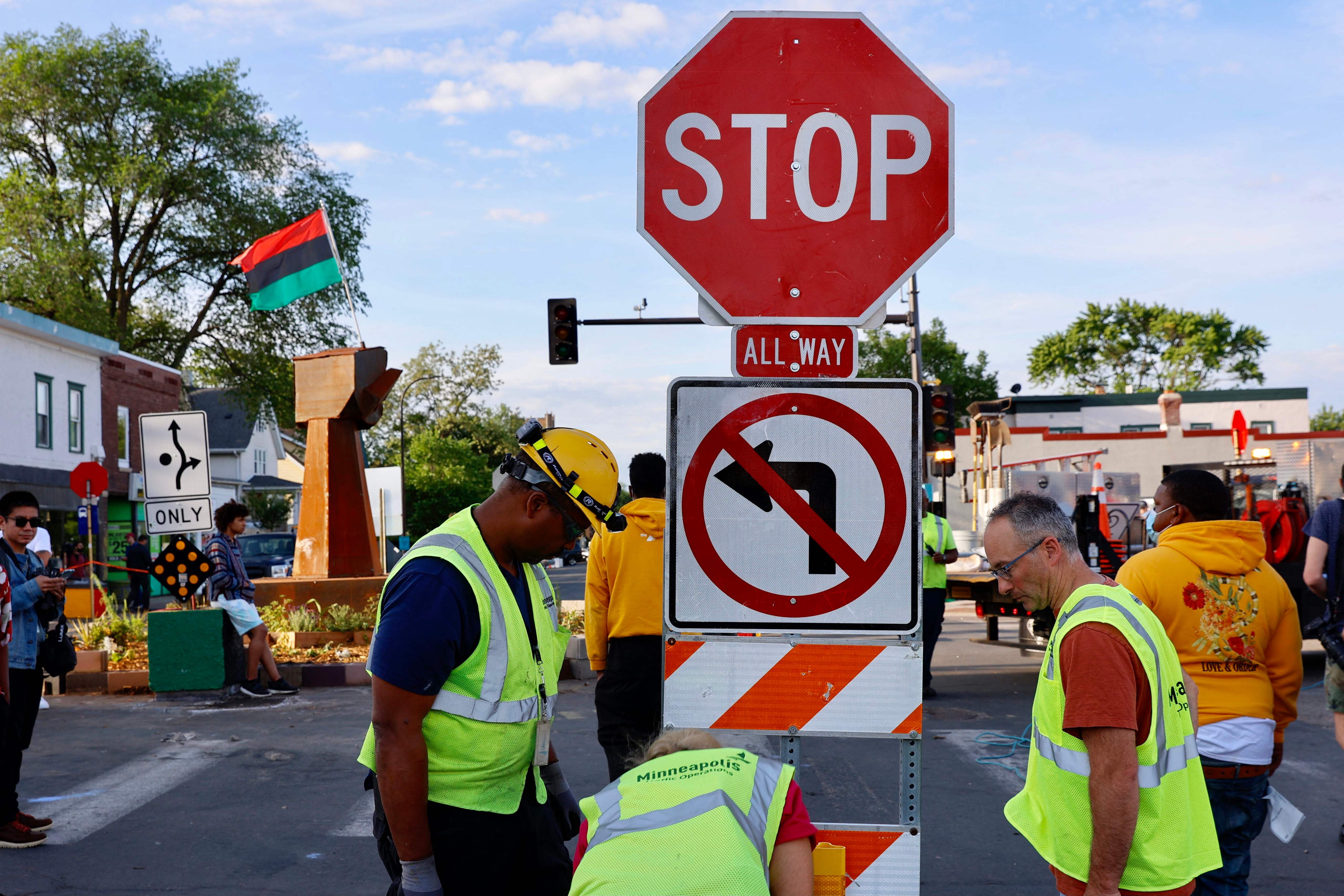 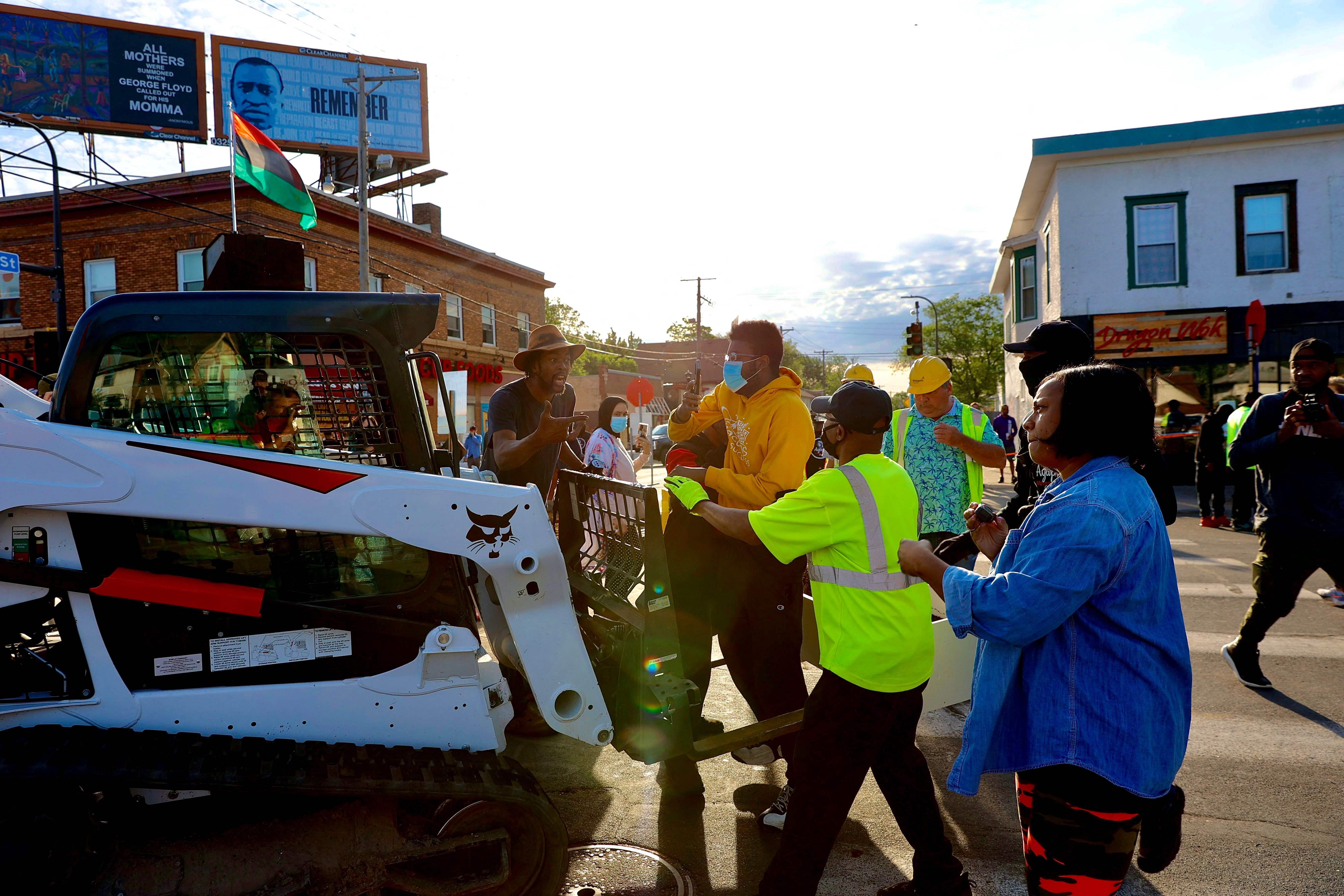 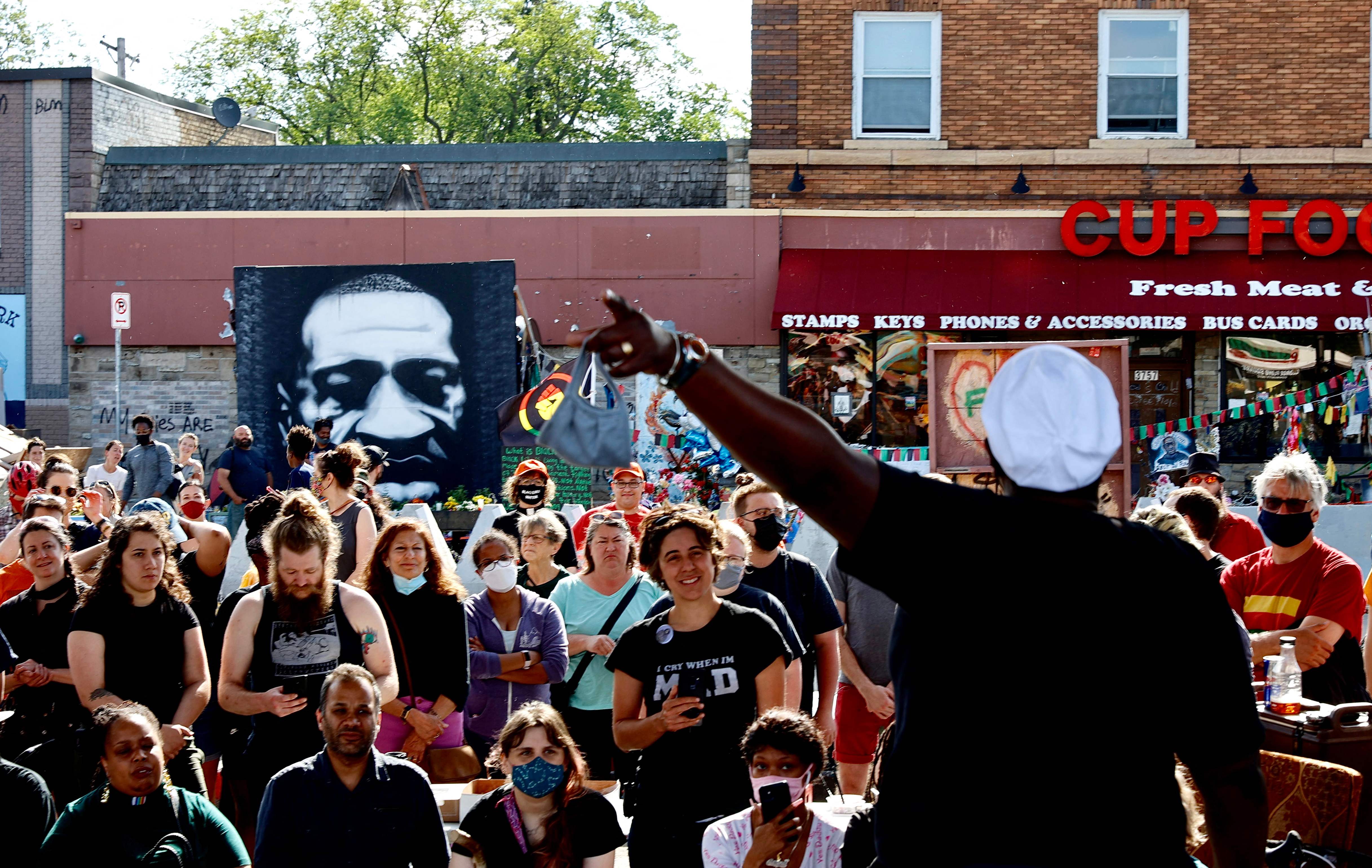 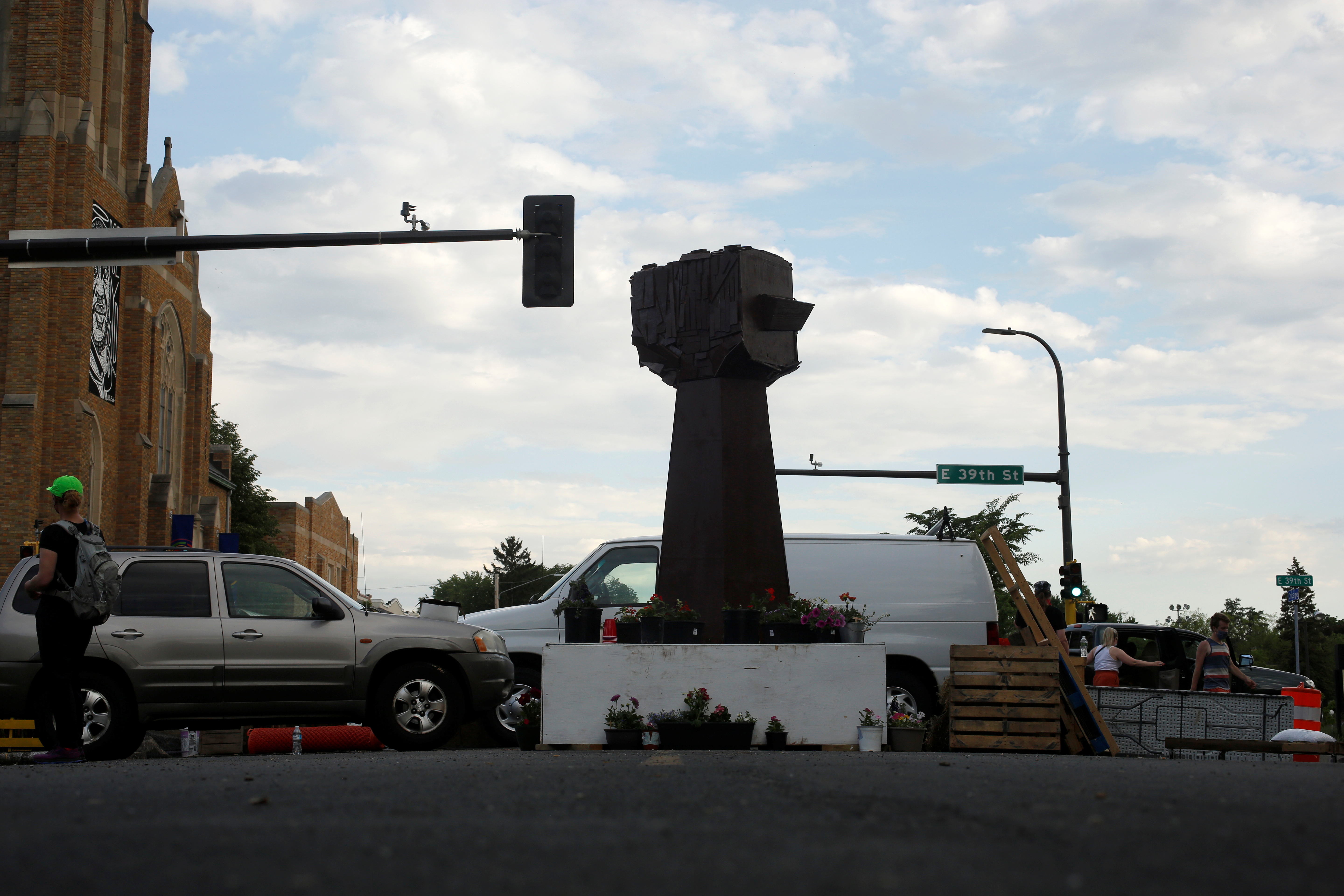 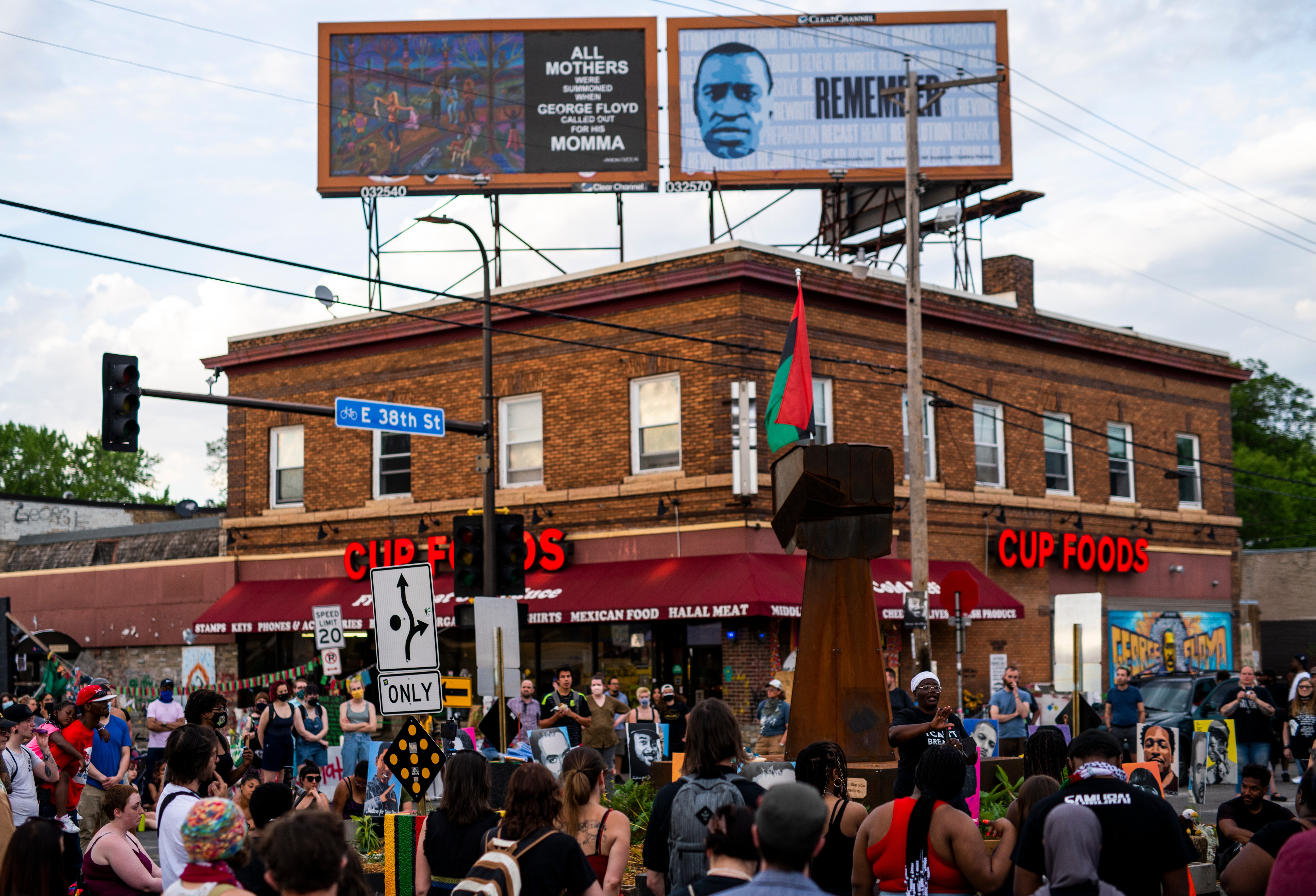 Vandals also tagged a building near the shooting scene with anti-police graffiti that said "Kill cops" and "No trial for them."

In videos posted to Twitter, some protesters are heard yelling at police and calling them, "F**king Nazis" and "White Supremacists."

Brannon reported that she observed police making arrests, though no details were given.

Concrete barriers surrounding the memorial were removed, as were various pieces of artwork, flowers and other items paying tribute to George Floyd.

Protesters chanted as the demolition crews worked. Cries of "No justice, no peace" were heard breaking out. 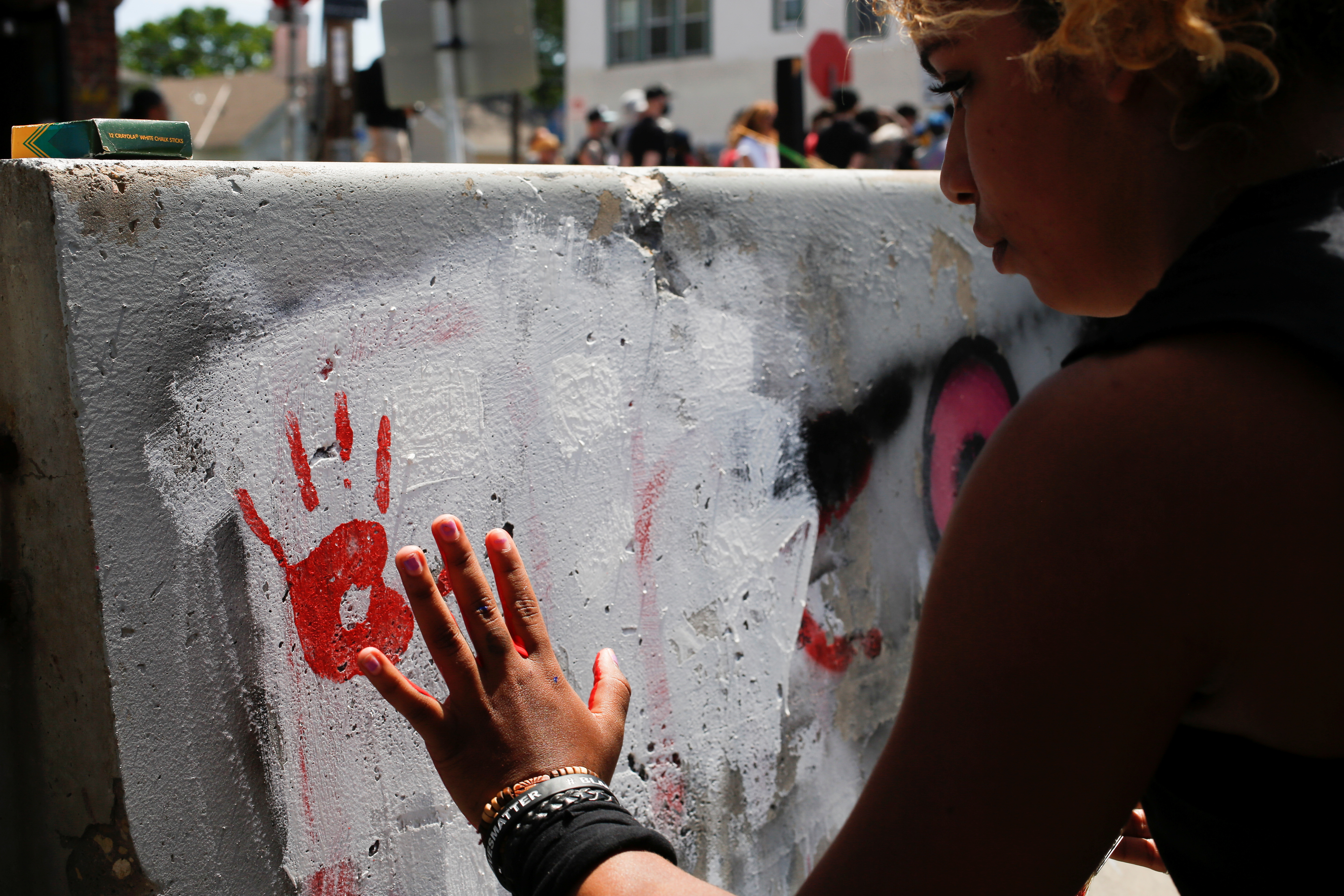 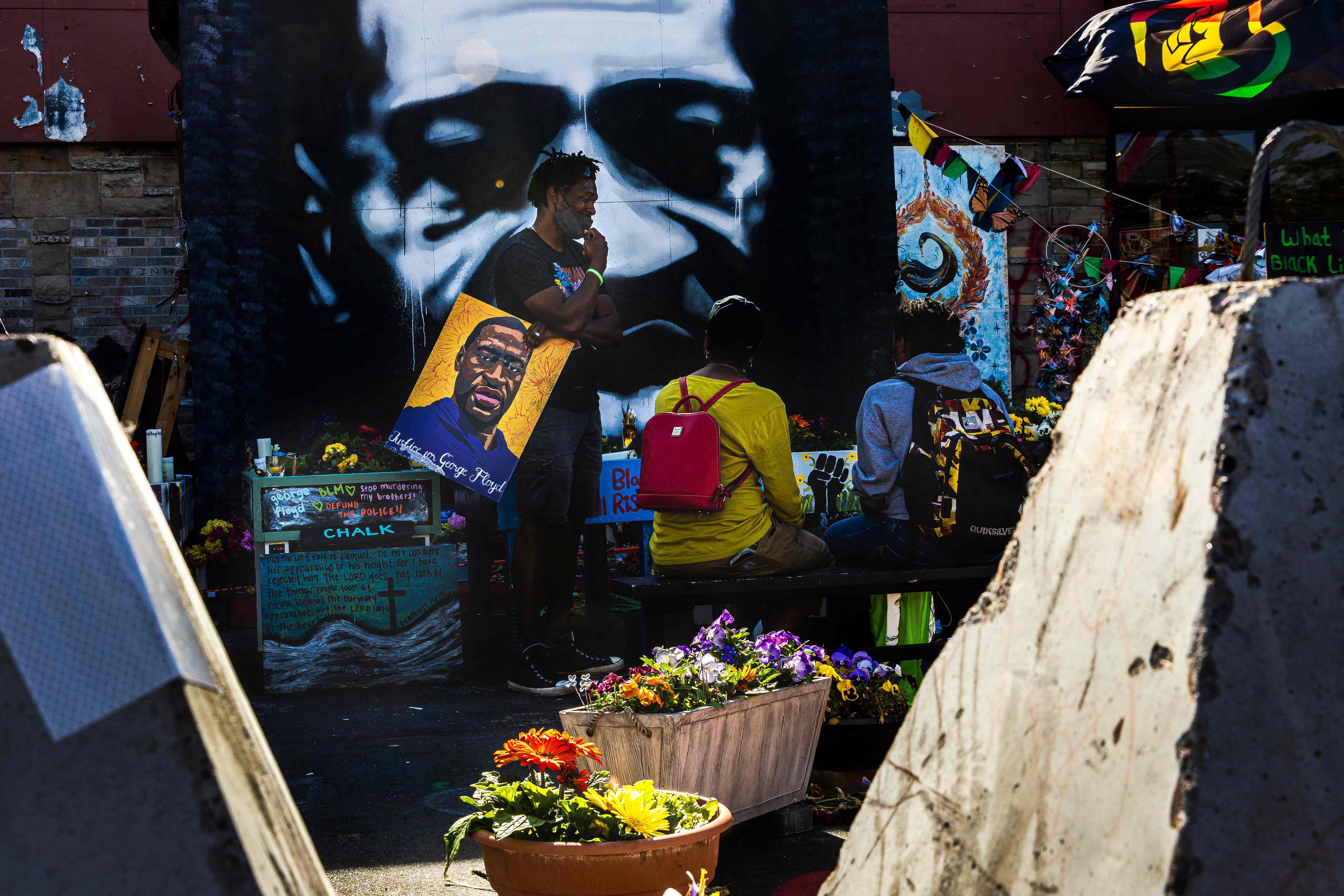 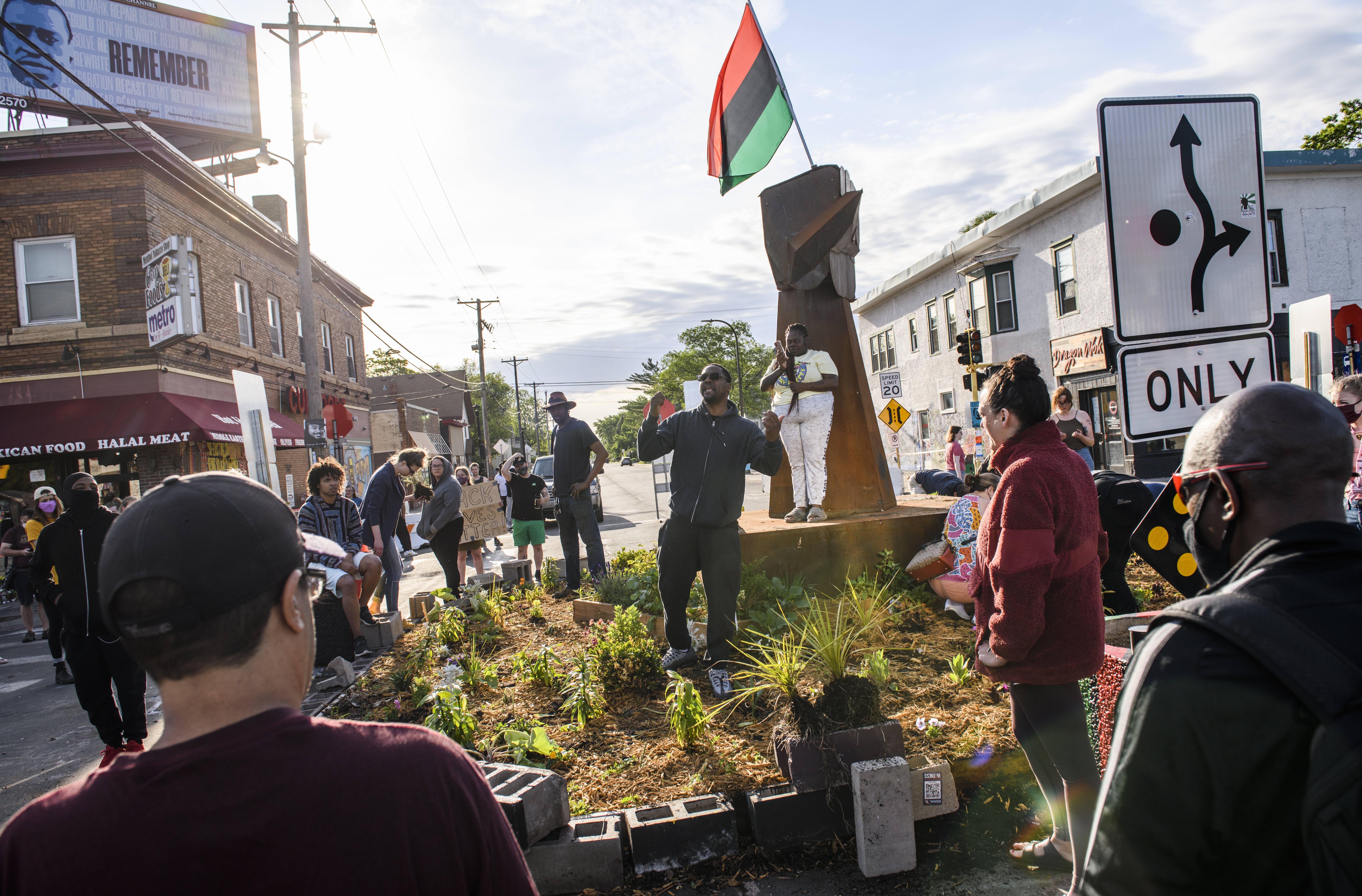 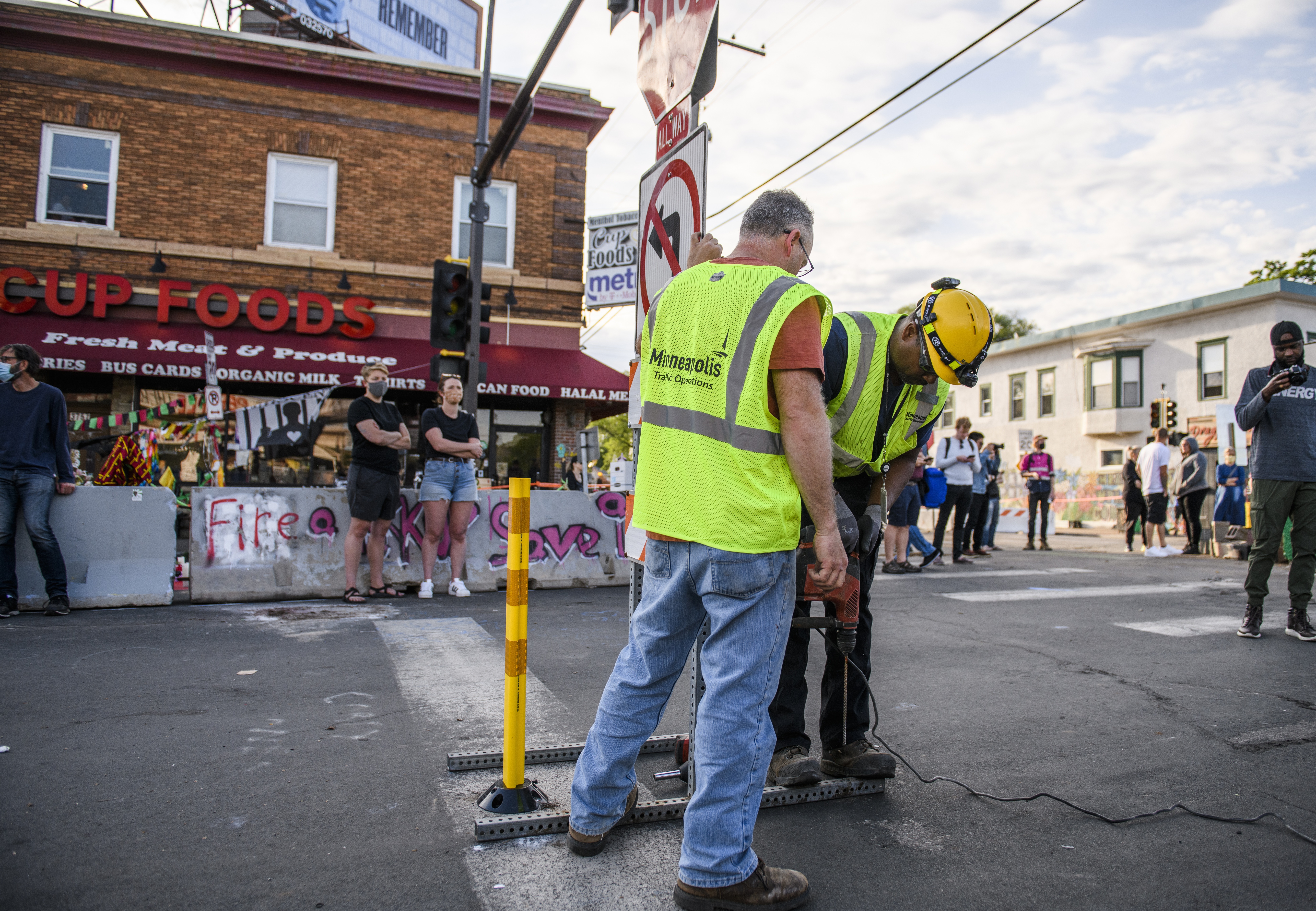 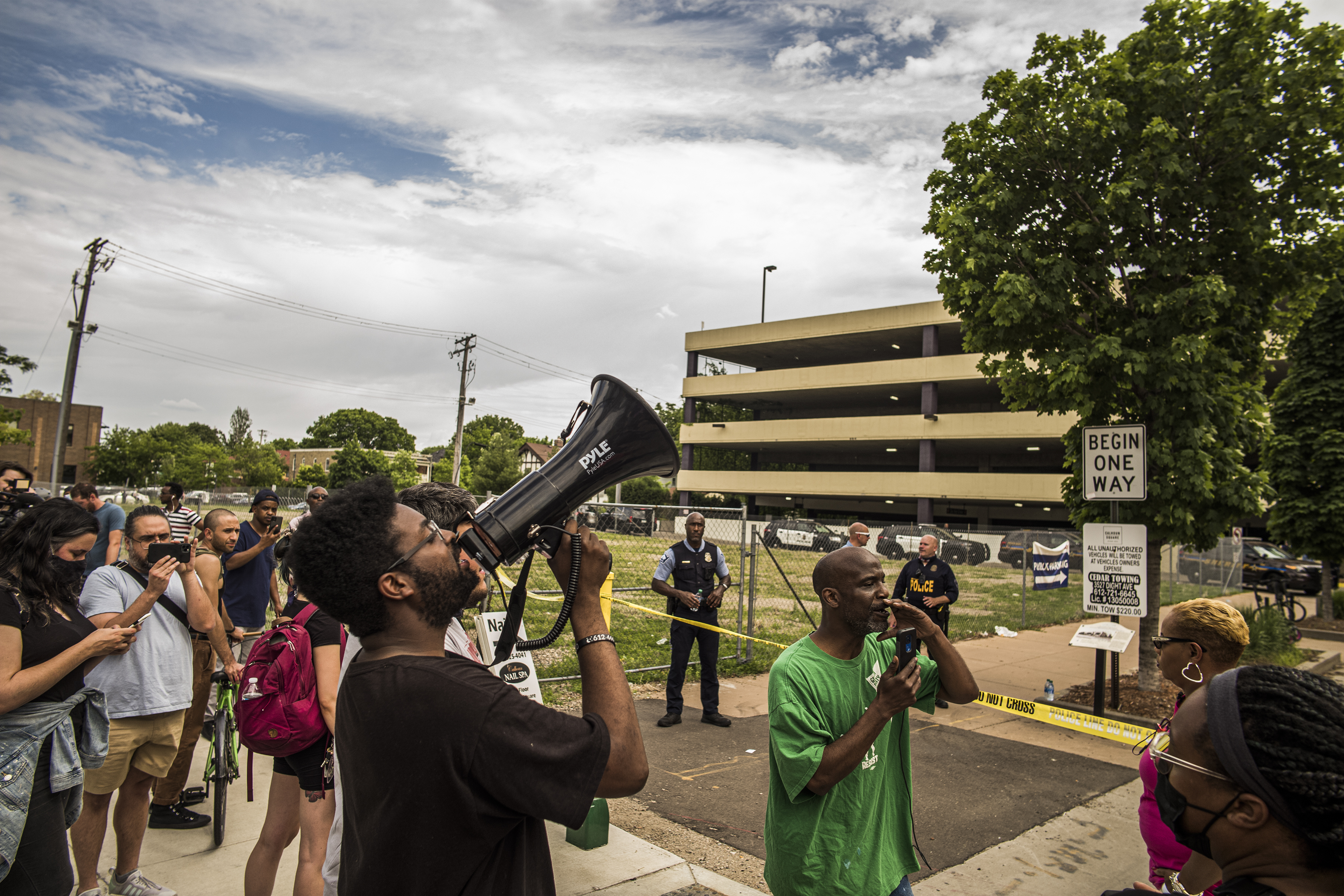 "The City's three guiding principles for the reconnection of 38th and Chicago have been community safety, racial healing and economic stability and development for Black, Indigenous, Latinx, Asian and other communities of color," the statemend read.

"The Agape Movement brought together community leadership to begin facilitating the phased reconnection this morning, with the City playing a supportive role. We are grateful for the partnership.

"We are collectively committed to establishing a permanent memorial at the intersection, preserving the artwork, and making the area an enduring space for racial healing."

Concluding, the officials wrote: "Alongside City leadership, we have met on a regular basis with community members to discuss both the short-term path toward reconnecting this area and the long-term plan for the neighborhood with sustained investments to help restore and heal the community."

The cop responsible for his death, Derek Chauvin, was convicted of murder in April.