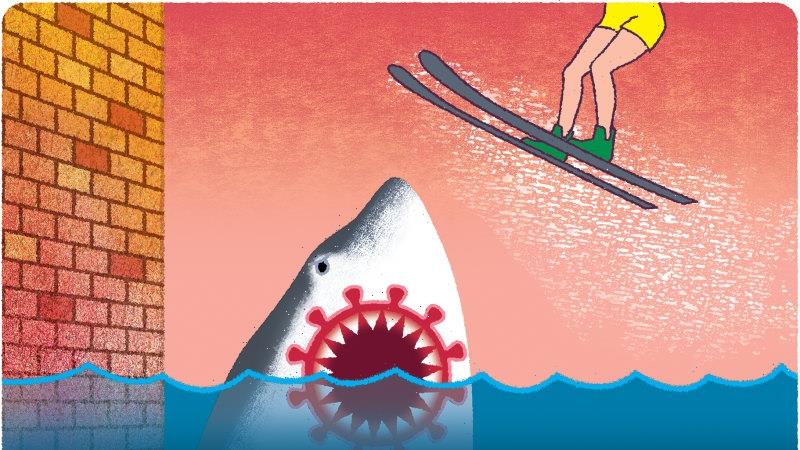 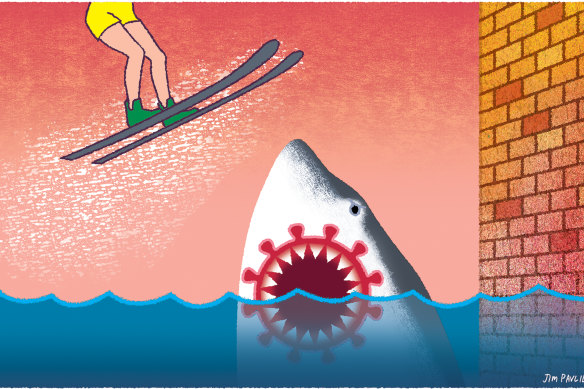 The treasurer’s plan to stop our population ageing by high immigration (The Age, 2/1) is a classic Ponzi scheme. He is ignoring two facts. Migrants also age, and our population must stop growing at some time.

Some economists bemoan our ageing population. I don’t. We are living longer lives (a good thing surely) and a stable population (another good thing) will be older than a growing one. But shouldn’t we also look at this important topic through social and environmental lenses? When our population stops growing, our cities will stop sprawling and nature will breathe a sigh of relief.
Ian Penrose, Kew

I could not agree more with Rob Hulls re the use of restorative justice (Comment, 3/1). The development of empathy for others, and opportunity to contemplate “how would I feel if someone did this to me?“, would surely have a meaningful impact on some criminal behaviour, which incarceration on its own often does not.
Fiona White, Alfredton

Making it easy to burgle

I do not understand why Rob Hulls would keep a spare house key in a tin in the garden. It seems amazingly naive for a former attorney-general. Small “key safes” are readily available and can only be opened by using the correct key code.
Megan Peniston-Bird, Kew

Your correspondent thought Slava’s Snowshow was, in places, “quite frightening, almost dangerous” and “depicted violence to a huge audience” (Letters, 2/1). I considered it the most enjoyable, feel-good theatre I have attended. Very clearly, the woman who was lifted onto the stage was a cast member and in no way was violence depicted. The looks of sheer enjoyment on the faces of the audience during “audience participation” sections, and their reluctance to leave the theatre at the conclusion of the show, confirmed my opinion.
Roy Lindsay, Yarragon

In the wild, natural composting of dead birds, animals, fish, insects etc is acceptable. In an urbanised society the larger dead creatures have to be disposed of appropriately. There can be nothing more appropriate than dealing with deceased humans in the same environmentally friendly way (World, 3/1). Australia should be a world leader and not drag its legislative feet on this issue.
John Gordon-Kirkby, Mornington

Too risky to speak out

Your correspondent says Russians who want to work outside Russia should “speak out” while it is “waging an illegal war”, or defect (Letters, 2/1). Given the number of oligarchs who have mysteriously met their end (The Age, 3/1), perhaps he should consider how much danger any Russian’s family and friends might be placed in if they were to voice any opposition. If I were in their position, I would not make any comment about the war in Ukraine in order to keep my family and friends safe.
Heather Murtagh, Croydon Hills

An inspiring man and pope

During Benedict’s papacy, a Catholic friend arranged for me to receive the English translations of his weekly sermons. I was deeply impressed by his biblical insights which surpassed those of many Protestant preachers. He will be greatly missed.
Roslyn Phillips, Tea Tree Gully, SA

If Australia Day were moved to February 29, we would only need to put up with the tiresome arguments of the pro and anti-January 26 advocates once every four years.
John Pritchard, Melbourne

During a time of crisis, it is imperative governments do not resort to an illusion of safety over the proper deployment of their limited resources to manage risk. If the government chooses not to accept expert advice on managing COVID-19 originating in China (The Age, 3/1), it needs to explain its reasons for doing so.
Joanna Wriedt, Eaglemont

The Voice we really need

There is a plethora of mining, banks, telcos, media and energy lobbyists employing ex-parliamentarians to represent their “voices” to influence government policy. Perhaps we could decrease the volume of the lobby voice, and amplify the needs of the First Nations people through a constitutional Voice.
Steve Dixon, North Melbourne

Slava’s Snowshow, a near 30-year run of “love, loneliness, discovery and wonder” (2/1). But for those who can’t bear that, stay at home. There’s always safe television.
Mary-Jane Boughen, Murrumbeena

To lose one Russian oligarch may be regarded as a misfortune; to lose 23 (3/1) looks like extreme carelessness.
John Hughes, Mentone

It’s impossible to assess how China is coping with COVID–19 when only one new death was reported on the mainland on Sunday (3/1).
Margaret Harrison, Clifton Hill

The PM ignored the Chief Health Officer’s advice re travellers from China (3/1). Is this how he makes decisions?
Diana Goetz, Mornington

What’s the odds the CIA will have a jaundiced eye on Brazil’s election results after a leftist president was elected?
Des Files, Brunswick

Michael Bachelard sends an exclusive newsletter to subscribers each week. Sign up to receive his Note from the Editor.