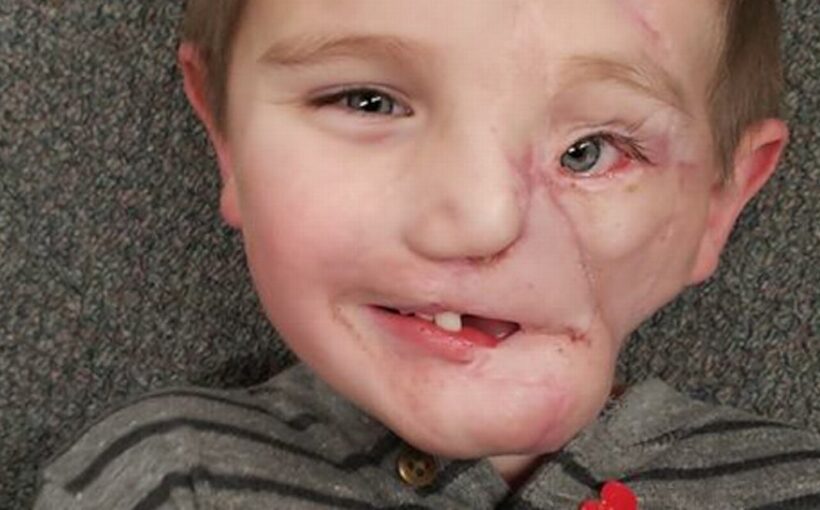 Sign up to TeamDogs for the best dog news, pictures and stories.

There has been a dramatic surge in dog attacks this year, with many people being pronounced dead or being left with life-changing injuries.

Animal lovers have tragically fallen victim to horrific maulings which may have seen their life spared in some cases, but with horrible consequences.

Adults have been left needing a face transplant, with some kids being sadly labelled a "monster" for their sudden change in appearance.

The heartbreaking death of Keven Jones, 62, from North Wales, who was savagely bitten by his son's American Bully-type pet called Cookie, hit headlines last week after he died of cardiac arrest.

In the same week, it was reported that the grandparents of a girl who was killed by the family dog, were charged with the murder of Olivia Grace Floyd in the US.

Penny Lee Bashlor, 64, and her husband Stephen Kachmar, 60, were recently charged after the 120-pound Rottweiler attacked their granddaughter in January, reports The Mirror.

It has been reported that six people have already died as a result of a dog attacks in the UK this year alone, compared to the five fatalities last year and the two in 2020.

The four breeds of dog that banned in the UK are pit bull terriers, Japanese tosas, dogos Argentinos and Brazilian mastiffs.

The Daily Star have listed some of the world's most horrific dog attack cases that have shocked the globe.

Ashley Unger says she has been left with PTSD after her nose was ripped off by her client's dog during a nightmare attack.

The hairdresser said all she could see was her bones after her customer's Pitbull targeted her as she tried to leave their house.

Moments before the attack took place, the 31-year-old was enjoying the dog's company and said she was even cuddling it.

She told The Mirror this week: "As I was about to leave through the front door, the dog started running from the kitchen so I crouched to stop him from going outside.

"I didn't touch him, he was about a foot away from me, I heard the nastiest growl of my entire life.

"The next thing I know, my nose is hanging off and I was holding my face together. It was the worst pain I'd ever been in."

Have you experienced nightmare injuries from a dog attack? Share your story at [email protected]

John Henry Dundas, 10, was left needing a zimmer frame and a wheelchair after a Staffordshire Bull Terrier launched an attack on him in October 2020.

John, from Doncaster, South Yorkshire, was having fun at his friend's house before the dog locked its jaws on his leg and ripped chunks out of his skin.

“It looked like he had been bitten by a shark," his mum Natasha Dundas told the Daily Star.

“They can’t tell us when he will be back to himself again.”

Isabelle Dinoire, 49, was named the first person to have a partial face transplant after she was attacked by her pet dog in May 2005.

Her Labrador retriever crossbreed tried to rouse her after she took an overdose of sleeping pills.

The canine reportedly found its French owner unconscious and ripped away her face to try and wake her up, reports The Sun.

Her injuries were so severe that medics ruled out a routine face reconstruction and proposed a pioneering face transplant instead.

She sadly died after she succumbed to two types of cancer.

Ryder Wells, from North Carolina, was only 21-months-old when two vicious Rottweilers pounced on him during a Thanksgiving trip.

The boy was at a family friend's house when the attack took place in 2014. His mum said at the time that she thought he wouldn't survive.

He had to undergo 50 surgeries to reconstruct his face after he lost the whole right side of his cheek, the bottom of his eyelid and 75 per cent of his lip.

The poor tot endured a puncture in his right lunch, suffered from a broken arm and had his teeth crushed.

In a more recent interview, his mum Brittany sadly revealed that strangers make nasty comments about him and says he has been called a "monster" in the playground.

Georgia Wilson-Wheeler, 18, was carrying her bins outside when an aggressive Staffordshire Bull Terrier targeted her in a horror attack.

Her mum Cheryl Wilson said she needed 25 stitches to reattach her lip after the incident which took place in March last year.

She said: “When she went outside, she noticed that there was a dog sniffing around the bins, and she quickly shooed it away. But when she knelt down to pick up some rubbish off the floor, the dog lunged at her.

“Georgia ran into the house screaming and bleeding everywhere.

“Thankfully I’ve had first aid training so I remained calm and got her some towels to cover her wound to reduce the bleeding.”