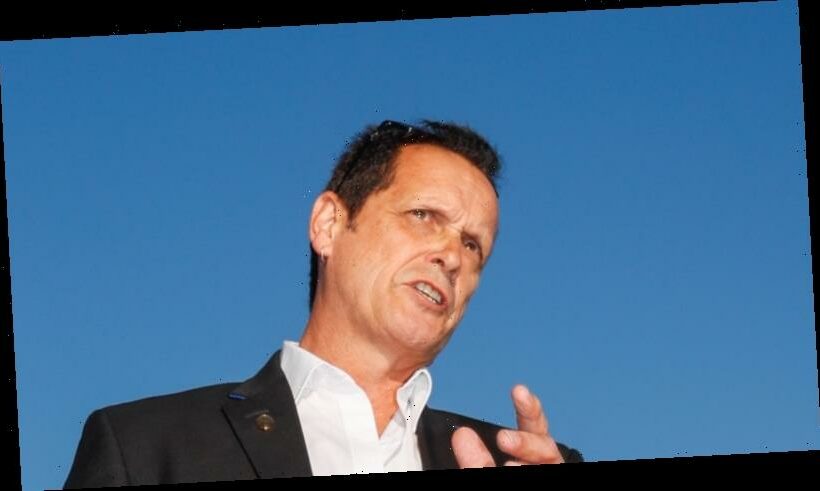 An independent Victorian MP with two transgender children has accused Opposition Leader Michael O’Brien and some of his colleagues of making light of transgender issues during a private conversation overheard in Parliament.

Animal Justice Party MP Andy Meddick told Parliament on Thursday night that Mr O’Brien and colleagues including former leader Matthew Guy and prominent frontbencher Tim Smith were seen at a table at which jokes were made about how there was a label “for everyone”. 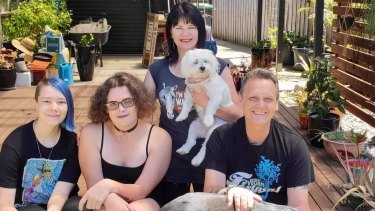 Animal Justice MP Andy Meddick with his wife, April, and their children, Eden (left) and Kielan.

Speaking under parliamentary privilege, which protects him from being sued for defamation, Mr Meddick divulged details of the conversation and called for greater protections against harmful speech in Parliament.

“A conversations between them was overheard, mocking my member statement on Transgender Day of Visibility, where I had a transgender pride flag in the Parliament.

“The Opposition Leader himself made comments joking about the word ‘trans’. They described members of our community as ‘poor dears’.”

Mr Meddick was cut off by Mr Ondarchie, who denied hearing any such conversation.

He was then told by Upper House president Nazih Elasmar that he could not continue detailing the allegations because MPs are not allowed to make claims about individual MPs during certain categories of speeches.

Mr Meddick was supported by Labor MP Harriet Shing, who is gay, who said education was required for MPs to better understand “hurtful” rhetoric that might amount to hate speech. 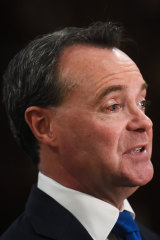 A spokesman for Mr O’Brien later said Mr Meddick had “chosen the cover of parliamentary privilege to make these ridiculous claims”.

“We’d like him to make the same allegations outside of Parliament,” the spokesman said.

Mr Guy, who said he arrived to the table with Mr Smith after they had lunch elsewhere, said on Thursday night he was there for about 10 minutes and “no such conversation was had”.

Mr Smith said if Mr Meddick had something to allege, “he should allege it under the law of the land, not under the cowardice of parliamentary privilege”.

The sometimes inflammatory rhetoric of Victorian MPs has been hotly debated this month in Parliament.

The opposition on Thursday called for Minister for Veterans Affairs Shaun Leane to resign after he accused conservative MPs of faking respect for Diggers and using Anzac Day to pose for selfies with solemn faces.

The government’s leader of the house, Jacinta Allen, phoned her Coalition counterpart Kim Wells demanding he rein in his MPs at the time, but acting Premier James Merlino said the two matters could not be compared. Mr Newbury’s statement was “incredibly insensitive” amid the national conversation about sexual assault and harassment towards women, Mr Merlino said.