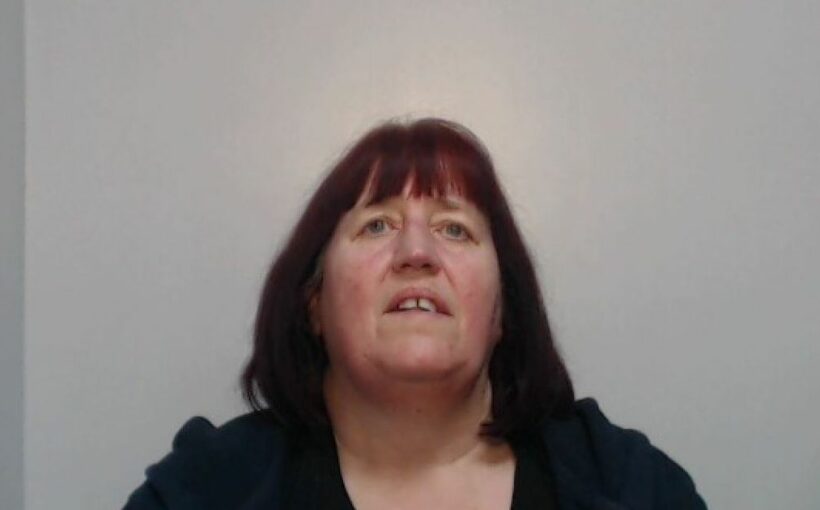 A drug-smuggling “Mrs Big” has been unmasked – as a 55-year-old grandmother.

Gail Cotton worked part time as a cleaning manager but in her spare time she was making huge amounts of money by smuggling the synthetic cannabis-style drug Spice and other illegal substances into British prisons.

Cotton of Oldham, Greater Manchester was arrested after police raided her home in the Clarksfield area of the town and found cannabis, cocaine, MDMA and drug distribution equipment hidden around her kitchen and a utility room.

They also found recipes for making Spice which featured acetone – a compound found in nail varnish remover – as well as various herbs and other chemicals.

Police say Cotton had soaked writing paper in liquid Spice and then mailed it to inmates disguised as letters.

Police swooped on Cotton’s home in November 2020 following a tip-off.

Text messages intercepted by police showed her arranging deals with buyers. One asked 'How much for a book'? for her to reply: 'Can't do books, they do not dry properly, papers will be clear."

The drugs seized from her home would have been worth £80,000 inside due to huge demand for the drug among inmates.

Prosecutor Verity Quaite said: "Officers asked the defendant if there was anything in the property that he should be aware of. She let him in and told him there was cocaine under the sink, but the defendant said that the drugs were not hers.

"Police found 50.6 grams of cocaine at over 85% purity in a tub – equating to £6,000 then found another tub containing MDMA of 81% purity equating to between £10,400-£14,000. Police continued to search the property and found empty snap bags, digital scales and £500 in cash. Five SIM cards were also retrieved.

Police also found instructions on how to mix spice, as well as a large quantity of synthetic powder and acetone.

They didn't initially appreciate the significance of the acetone but there were a number of empty acetone bags in Cotton's back yard.

"Police returned later to the property at 12:30pm," continued Ms Quaite, "but by this time, this had been removed. The defendant's daughter had been at the property in the interim."

Ms Quaite added: "One of the investigators said the defendant had a leading role in the conspiracy to supply spice. She was importing the ingredients from China needed to make spice and had been in conversation with a contact in Australia via telephone.

"It is possible he is a level above the defendant who said she would let others mix the drug when she was not there but said it was 'her business'. She sold the spice paper in Liverpool and as far as Scotland and sold it into prisons.

"Text messages say the ingredients were imported from China and are described as being pure white like sherbet. On 4 Oct 2020, someone asked what was taking so long for the chemicals from China to come. The defendant did not arrange for them to be delivered to her property.

"The value of spice in prison is up to four times higher than the value on the street value. Between £60-80k is a conservative value estimate for f the drugs involved on this case. She was involved in the supply to customers around the UK, in Liverpool and Scotland."

In mitigation defence counsel Rick Holland admitted: "This must be classified as a leading role. There is no argument to the level of harm and aggravating features to supply into prisons, I take no issues with that.

"She was working part-time as a cleaner. She had not abandoned that job, there were others that were involved, hence why this is a conspiracy. There may be others above her – that is a real possibility and there is nothing on her record that aggravates her position.

Sentencing Cotton, Judge Tina Landale told her: "You were producing spice as a profitable business knowing some of it would be sent into prison. Spice in prison causes very serious harm indeed.

"I have to look at the overall position of your role and the harm you have caused. This was aggravated because of the level of profit. I take into account everything I have read and everything that I know about you. There are a significant number of family members who will suffer as a result of your actions."