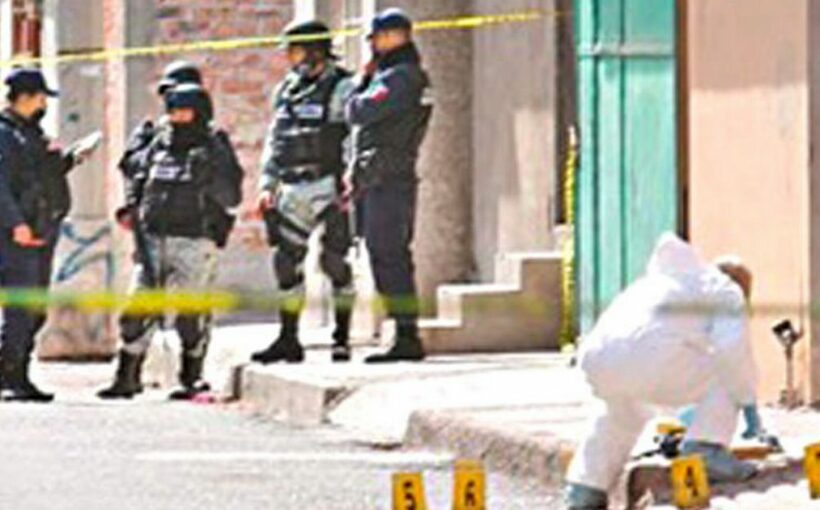 An up-and-coming politician was gunned down in a bloody attack on the streets of a town considered cartel-territory.

Potential mayoral candidate Juan Antonio Acosta Cano was shot in the back seven times and left for dead on the downtown street.

He was murdered whilst in the early morning and was reportedly left lifeless in exercise clothes in Juventino Rosas, Mexico, Mexico News Daily reported.

The 55-year-old Guanajuato official was a promising National Action Party candidate. His death comes only hours after a cartel shoot out left a police officer dead and a National Guard officer seriously injured.

He said: "I profoundly lament the killing of state Deputy Juan Antonio Acosta Cano and vehemently condemn these deeds.

"I call on the state Attorney General’s Office to investigate this case and bring justice to those responsible."

Acosta is the second candidate to be shot and killed in Mexico. In November, election hopeful for the Democratic Revolution Party Antonio Hernandez Godinez was also murdered.

Guanajuato is one of the most dangerous and bloodthirsty territories in Mexico. It is the centre of a deadly turf war between cartels, who operate through local gangs.

Juventino Rosas is considered by many to be the territory of the Santa Rosa de Lima Cartel.

Thousands have been killed in Guanajuato since Santa Rosa de Lima began fending off a bloody takeover by the insurgent Jalisco cartel in 2017.

Authorities captured the leader of the Santa Rosa de Lima gang in August, but the violence has continued.

Just this week a shoot out between the cartel and Jalisco New Generation Cartel henchmen ended in nine gang members dead and a cop also murdered.