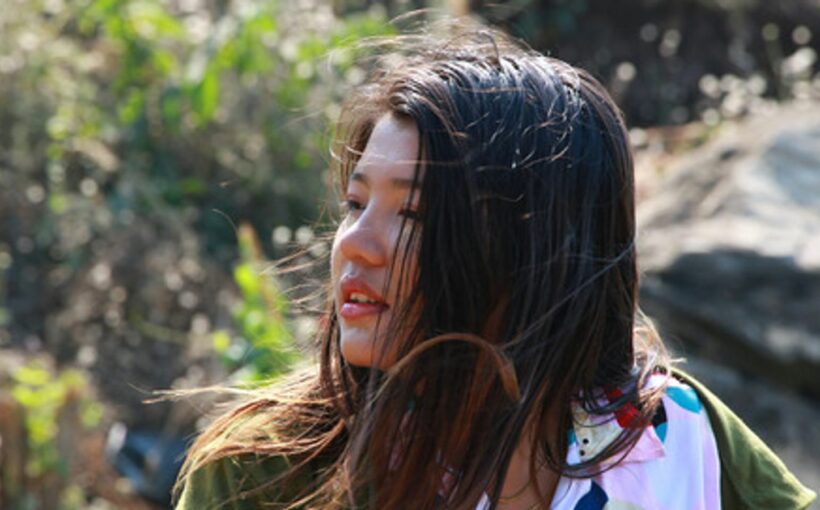 On 9 February 2021, 19-year-old Mya Thwe Thwe Khaing was shot in the head during anti-coup protests in Myanmar’s capital city, Naypyidaw.

Video on social media shows her sheltering from water cannon behind a bus stop with her sister in the moments before the shooting.

A crack can be heard and she falls to the ground. 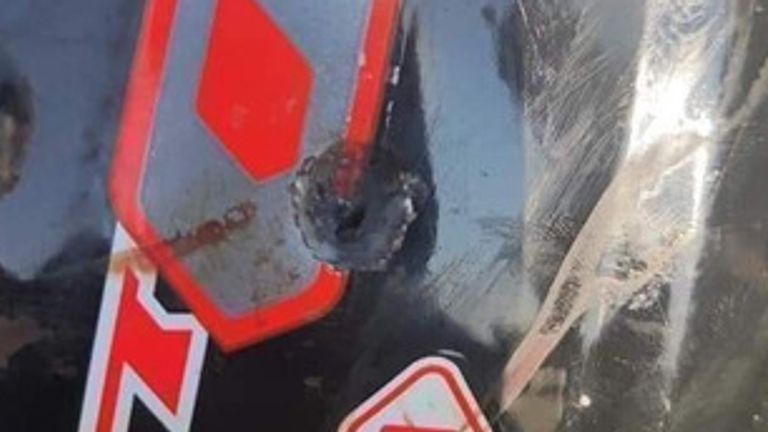 Photographs from the day show at least one officer at the protest was armed with a submachine gun, although there’s no confirmation the bullet that hit Mya was from his gun.

The military said in a statement: “As the protestors did aggressive acts against police members at about 12.30pm, the police members had to shoot inevitably.

“Six protestors were wounded and the crowd dispersed at about 1.30pm.”

Doctors treating Mya say her condition is critical and the damage to her brain is extensive.

Today, on Mya’s 20th birthday, her sister, Mya Tha Toe Nwe, spoke to Sky News from the hospital to explain what happened.

“We were together at the protest and it happened as you have seen in the video on social media. What happened was she fell down and we removed her helmet and saw the shot. “We did not know who shot her because at the time people were just running here and there. At first I thought she had just fallen down because she was so angry.

“We tried to move her to another place and people said she was exhausted so had lost consciousness and we should remove her helmet to let her breathe.

“Then we found the wound and the blood and knew she had been shot. There is no improvement in her condition yet but it’s not getting worse either.

“On her birthday, she always goes to the monastery and donates food to the monks. Mum cooks the food for her and then in the afternoon she usually goes and hangs out with her friends, like kids do.

“Even though she’s not with us we are celebrating with a cake for her. I’m sure she knows it.

“It’s very obvious she doesn’t want the military dictatorship, that’s why she went there as she wanted to fight against it.

“This not just about my sister but for all of us.

We need to fight against the military dictatorship until the end. We need help from other countries, that’s what I would like to request.”