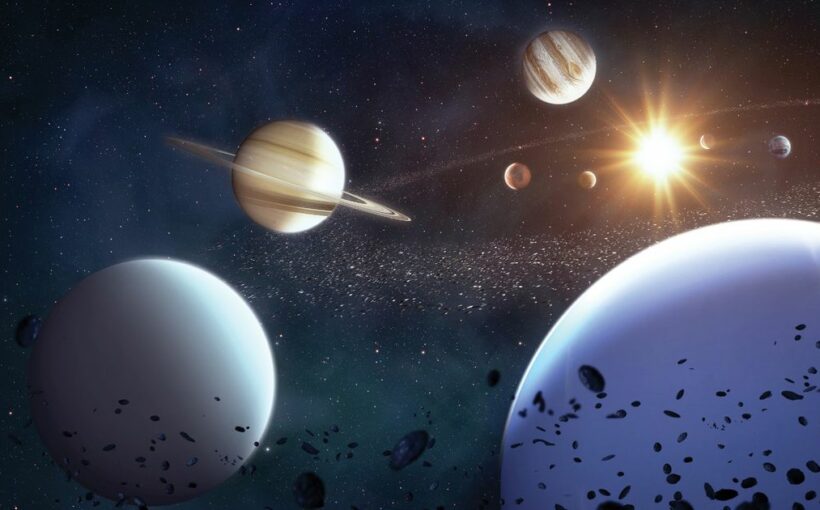 NASA has revealed that its scientists have discovered a previously undetected 'mini-moon' orbiting an asteroid at the far edge of the solar system.

The rocky satellite which is about five kilometres in diameter was found orbiting a small asteroid near Jupiter, named Polymele.

Polymele, is itself around 17 miles (27 kilometres) along its widest axis, and if the object orbiting it is confirmed to be a satellite, it would make it one of the smallest moons ever spotted.

The moon was spotted by the NASA team working on the Lucy mission, which sent a space probe to the edge of the star system to collect data on some of the Trojan asteroids, which are two large clusters of rocks located on each side of Jupiter in its orbit.

In a statement, NASA said: “On March 27, Lucy’s science team discovered that the smallest of the mission’s Trojan asteroid targets, Polymele, has a satellite of its own.”

On that day, the asteroid was in front of a distant star, which allowed the researchers to accurately study the space rock’s size.

They did so by observing how much the star’s light was blocked out by the asteroid, however, in doing so they spotted a smaller blip whiz past following Polymele.

Marc Buie, Lucy occultation science lead at the Southwest Research Institute said: “We were thrilled that 14 teams reported observing the star blink out as it passed behind the asteroid, but as we analyzed the data, we saw that two of the observations were not like the others.

“Those two observers detected an object around 200 km (about 124 miles) away from Polymele. It had to be a satellite.”

The satellite and its central asteroid are roughly 200 kilometres apart.