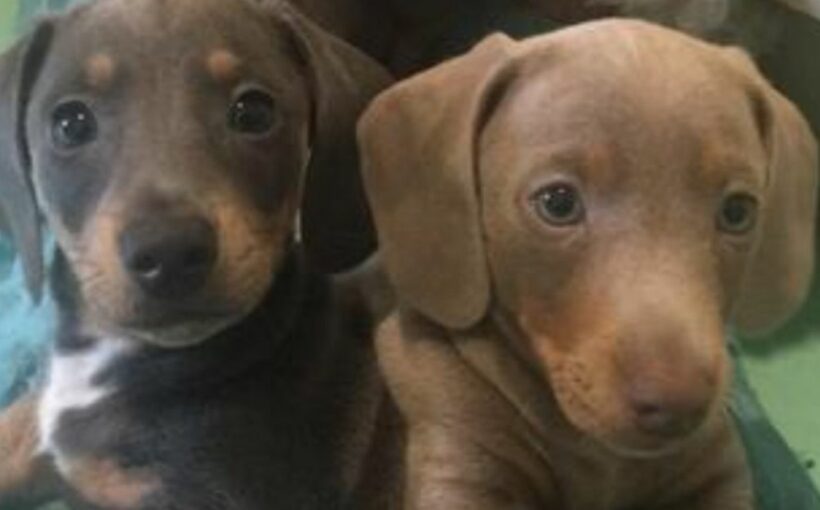 Inspectors have described the “horrendous” conditions 93 dogs have been pulled from after being found living in their own faeces.

Gwent Police pulled dachshunds, labradors and French bulldogs, poodles and Bichon Frise from the hellhole house, which has been described as "one large disgusting kennel".

The owner of the house is being prosecuted by the RSPCA, the Mirror reports.

After the seizure by the police, they were handed over to the RSPCA where many of the dogs gave birth to litters of puppies, taking the total number to 137.

Inspector Darren Oakley said: "The conditions inside the house were horrendous; the floors were covered in faeces with dogs in cages living in their own filth.

“Every room contained more dogs and pups, the whole house had become one large disgusting kennel.

“The smell and sights were clearly having an affect on the police who were in attendance."

He continued: “The dogs had no food or water, the only few that did have water were the ones with outside access due to the rain.

“When food and water was placed down, for the loose dogs, they ate/drank ravenously."

Due to the number of dogs, multiple shelters have now chipped in to help.

The Cotswolds Dogs and Cats Home has taken 18 of the pups off the RSPCA’s hands – among them were seven-week-old French bulldog pups.

Senior animal care assistant at the Cotswolds Dogs and Cats Home, Ebony Poole, said: "I remember the day so clearly and unfortunately not for anything positive.

"It was actually my day off but I took a call from my colleague who asked for help as we had 18 dogs on the way to the centre which isn’t a call we take every day.

"The dogs had already arrived by the time I got there and what I and my colleagues witnessed that day is a sight that will never leave me.”

Heartbreakingly, she added: "I walked into the office and my colleague had a tiny French bulldog puppy on his lap, this poor puppy couldn’t even raise her head because she was so weak.

"To be honest, she was just a shell of a puppy; puppies of that age should be bright, alert, playful, and interactive. This puppy was weak, lethargic, scared, and completely shut down."

Shortly after their arrival, the dogs started to seem unwell, and more and more of them started to come down with a virus known as parvovirus.

Parvovirus can be fatal and is highly infectious, meaning staff were forced to work on overdrive to keep the pooches safe.

Despite their best efforts, two of the puppies passed away – 16 managed to pull through though, and are in the process of regaining their strength and finding new homes.