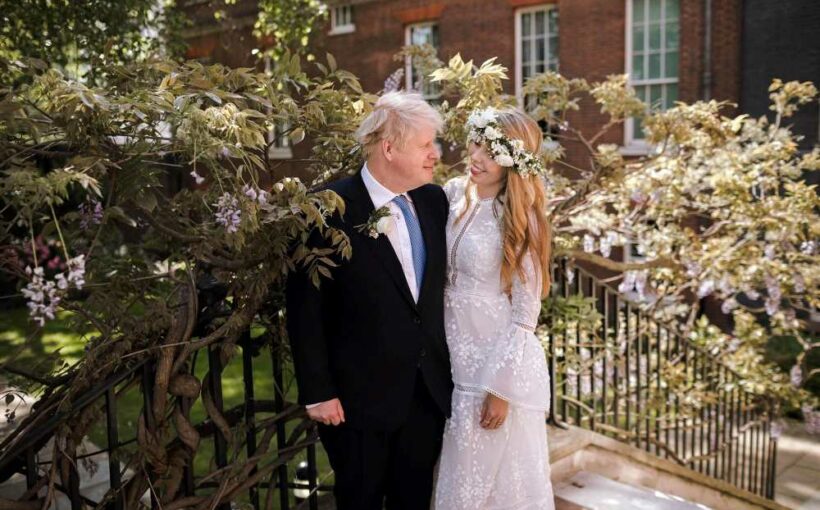 Four arrested in London as convoy shouts ‘F–k the Jews’

New photos show the British prime minister and his environmental-activist sweetie, Carrie Symonds, after they secretly tied the knot in London on Saturday.

Johnson, 56, suited up for the small private ceremony at Westminster Cathedral, while Symonds, 33, donned a boho white dress and crown of white flowers on her head.

The PM, with his trademark tousled mop of hair, wore a matching white rose boutonniere.

The couple gazed lovingly into each other’s eyes for a snap released Sunday by 10 Downing St. — the prime minister’s official residence — where a laid-back wedding reception was held.

Another photo tweeted by Foreign Office Minister James Cleverly showed Symonds with bare feet and her toes painted red as she was hugged by Johnson in the lush back yard — decorated with colorful streamers and what appear to be hanging paper lanterns.

The chaplain of the cathedral told the Mail on Sunday that the wedding ceremony was so hush-hush that even he did not know the identities of the couple until after they exchanged vows.

Johnson and Symonds were married by another priest who baptized their 1-year-old son, Wilfred, last fall.

Only 30 people were on hand for the nuptials, as per England’s COVID-19 rules. Guests included Johnson’s father Stanley and daughter Julia.

It is the third marriage for Johnson, who has five other children, and the first for Symonds.