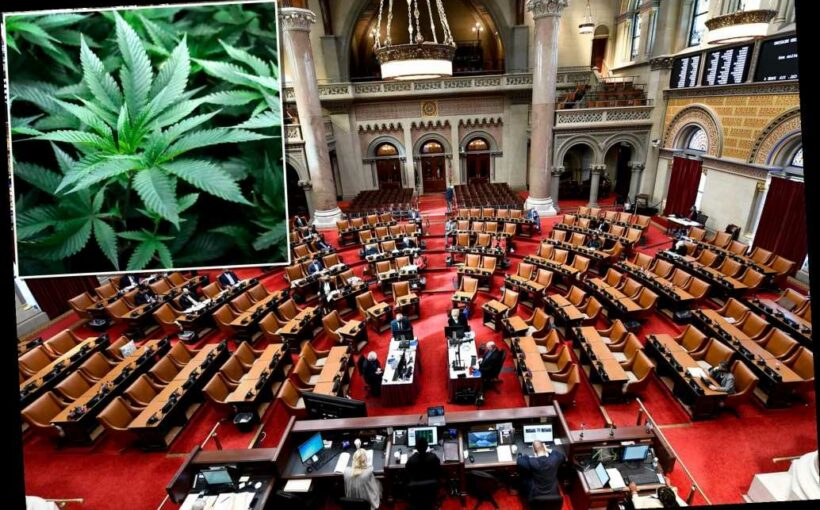 Two Long Island mayors will ‘opt out’ of legal marijuana

What NY lawmakers forgot in their drive to legalize pot

New York was poised on Tuesday to pass a bill legalizing recreational pot — with the state Senate passing the legislation and the Assembly set to vote later in the evening.

The state Senate greenlit the Marijuana Regulation and Taxation Act by a 40 to 23 vote after hours of debate that extended into the night.

The state Assembly is expected to follow and approve the bill later Tuesday.

The legislation, finalized over the weekend, would take cannabis off the list of controlled substances and allow those 21 and older to use the drug freely. Legal sales would follow as early as next year.

It means the Empire State would join 14 states, two territories and Washington, DC in legalizing adult use of marijuana.

The bill would establish an Office of Cannabis Management and Cannabis Control Board charged with regulating and licensing the state’s adult-use program, existing medical marijuana program and hemp program.

The legislation could bring $350 million in annual taxes and potentially create 30,000 to 60,000 jobs, officials have said.

Tax revenue would flow into a special revenue fund, with 40 percent going to the State Lottery Fund for education, 40 percent to the Community Grants Reinvestment Fund for new social and economic equity programs and 20 percent to the Drug Treatment and Public Education Fund.

“Passage of this bill will mean not just legalizing marijuana, but investing in education and our communities, and bring to an end decades of disproportionately targeting people of color under state and federal drug laws,” Assembly Speaker Carl Heastie said in a statement.

“This legal industry will create jobs across our state, including for those who have had their lives upended by years of unjust drug laws.”

Under the bill, individuals would be able to grow up to three “mature” cannabis plants and three “immature” plants for personal use, with a 12-plant limit per household.

There would also be a 3-ounce limit for personal possession, and a 5-pound maximum-possession limit at home for individuals.

Cities, towns and villages would also be able to opt out from having adult-use dispensaries or social consumption sites locally.

There would also be newly assessed penalties for possession and driving under the influence.

Once it passes the state legislature, the bill then move to Gov. Andrew Cuomo’s desk, where he is expected to sign it.