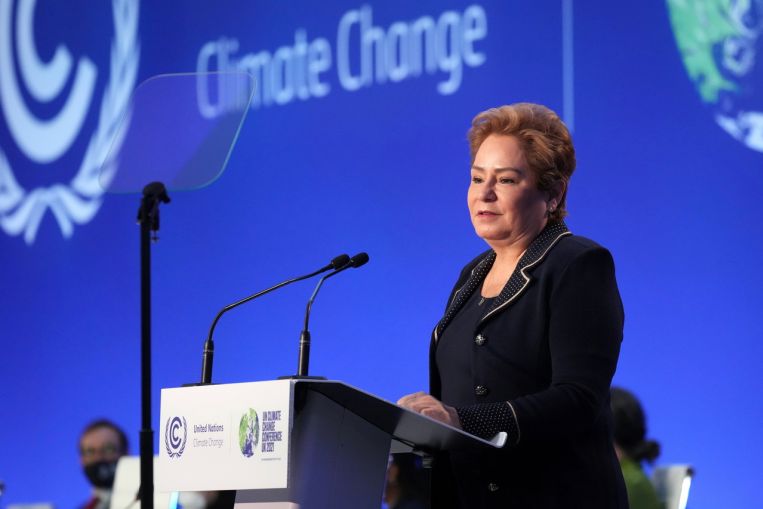 GLASGOW – The most important climate conference in years opened on Sunday (Oct 31) in Scotland as thousands of delegates began negotiations to push for faster progress in tackling climate change, regarded as one of the greatest threats to humanity.

Over the next two weeks, delegates from nearly 200 nations will try to craft a deal that will ultimately put the world on a safer path and speed up the transition to a greener and cleaner future.

Getting there won’t be easy. Reducing the risks from increasingly severe and costly weather extremes means nations must step up their plans to cut greenhouse gas emissions. This requires mobilising huge amounts of money to switch to renewable energy, electrify transport, and find more efficient ways of growing food and ending deforestation.

Crucially, it also means coming up with cash to help poorer nations make the switch and adapt to damaging climate impacts.

“Now is the day, now is the hour,” UN climate chief Patricia Espinosa said at the opening ceremony in cold and rainy Glasgow. “We must make progress here in Glasgow. We must make it a success.”

Acknowledging the as yet abnormal circumstances under which they are meeting, delegates held a minute’s silence to mark the devastating losses caused by the Covid-19 pandemic. The thousands attending COP26 are under strict Covid-19 regulations that include daily testing and donning face masks inside the conference venue.

COP26 president Alok Sharma, from host nation Britain, said while the pandemic had led to COP26 being delayed for a year, climate change did not take time off. The impacts of climate change, and stronger scientific warnings, make “clear that the lights are flashing red on the climate dashboard”, he told delegates.

“In each of our countries we are seeing the devastating impact of a changing climate. And we know that our shared planet is changing for the worse. And we can only address that together through this international system. And we know what we need to do.”

While the negotiations are complex, the ultimate goal of the talks is to prevent global warming from exceeding 1.5 deg C above pre-industrial levels. Above this threshold will be a world increasingly alien to humans, the United Nation’s top climate science panel says, as storms, floods and droughts become ever more severe and sea levels rise, placing more and more people’s lives and livelihoods at risk.

The target is a key temperature goal under the 2015 Paris climate agreement adopted by nearly 200 nations. The world has already warmed about 1.2 deg C so there is very little time left to take the urgent steps needed to slow the pace of climate change.

Top issues at the talks include greater collective action to cut greenhouse gas emissions, mainly from burning coal, oil and gas, that are heating up the atmosphere and oceans.

Developing nations are demanding wealthy states make good on a decade-old promise to provide US$100 billion (S$135 billion) in annual climate financing. But much more than this is needed to help poorer nations and drive a great green transition of the global economy to slash dependency on fossil fuels.

“This is not only about the 100 billion,” said Ms Espinosa. “We need to mobilize the trillions.”

The talks also need to settle unresolved issues, such as the complex regulations around the use of carbon markets to help nations meet part of their emissions reduction pledges. These outstanding issues are part of the rulebook for the Paris Agreement, which are needed to put the Paris pact into full operation.

On Monday, more than 100 world leaders, including US President Joe Biden and Indian Prime Minister Narendra Modi, will attend the talks at a special summit in an attempt to accelerate global action on climate change.

Some, though, are doubtful the summit will achieve much.

“The world leaders coming to Glasgow tomorrow are not coming for a ‘summit’ meeting but rather for a photo opportunity with Prime Minister Boris Johnson,” said Dr Saleemul Huq, London-based director of the International Centre for Climate Change and Development (ICCCAD) in Bangladesh.

“I expect each leader to provide concrete actions in line with staying below 1.5 deg C. But I don’t have much hope they will deliver.”

Find out more about climate change and how it could affect you on the ST microsite here.