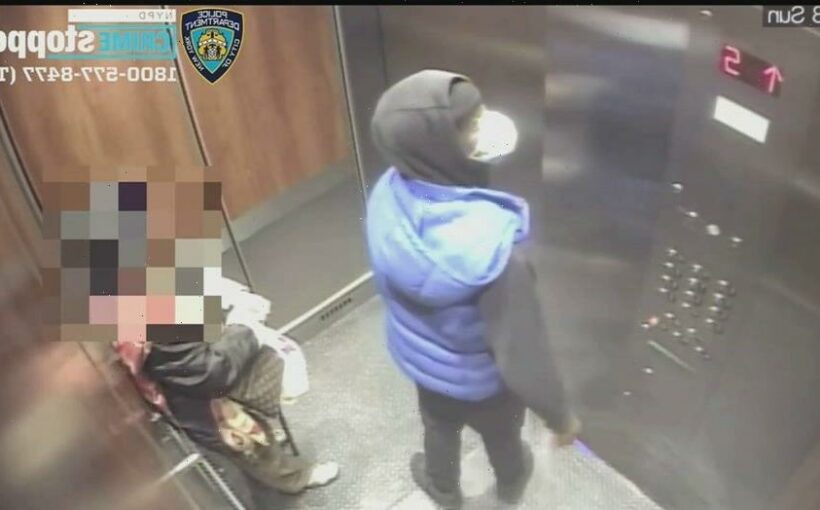 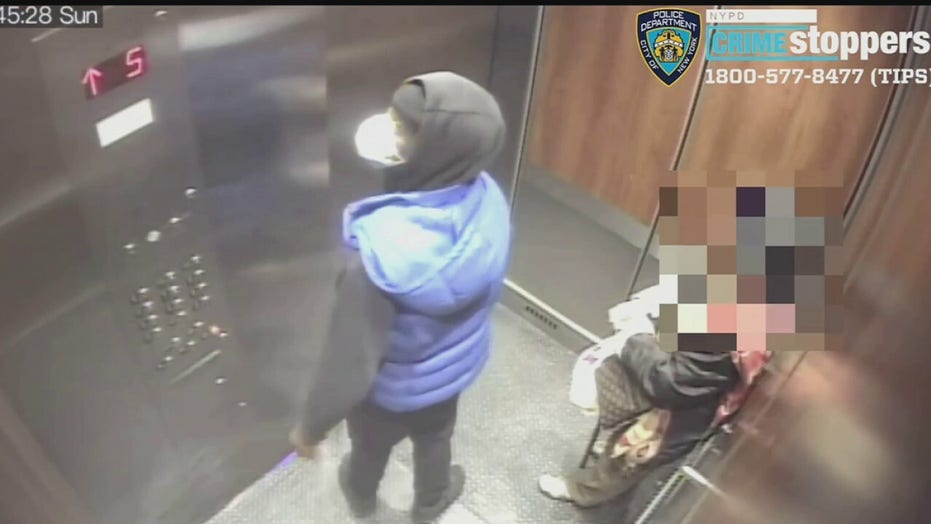 The NYPD is searching for a purse-snatcher who forcefully robbed an elderly woman by dragging her to the ground by her cane.

A man was caught on video forcefully robbing an 85-year-old woman in New York City – pulling her by her cane and dragging her to the ground, according to police and surveillance footage.

The woman was inside an elevator at a residential building on East 149th Street and Morris Avenue in the Bronx around 3:10 p.m. Sunday when the stranger walked in, police said. Surveillance video provided by police shows the man exit the elevator momentarily before reentering and pulling the woman out by her cane. 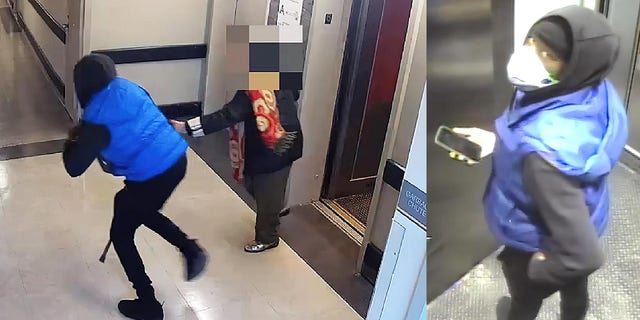 The NYPD is searching for a purse-snatcher who forcefully robbed an elderly woman by dragging her to the ground by her cane.
(NYPD Crime Stoppers )

He tries to run off with the woman’s bag and her cane, but she does her best to hold on, video shows. The brute continues to yank the woman’s belongings, ultimately dragging her to the ground and running out the door.

Police said the octogenarian was taken to an area hospital for pain to her hip. Authorities did not provide a description of the suspect, but he appeared to have been wearing a bright blue coat, a dark-colored hat and dark pants and sneakers.

Police asked that anyone with information regarding the attack call the NYPD’s Crime Stoppers Hotline at 1-800-577-TIPS (8477).