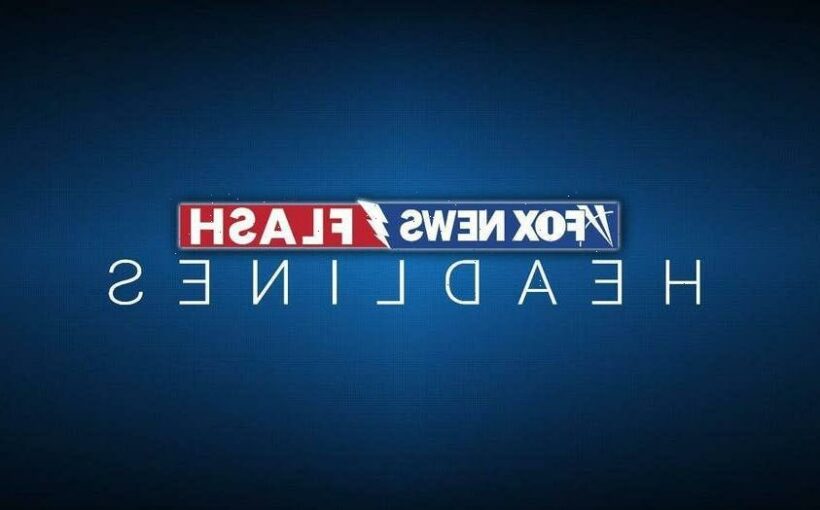 Two Jewish teenagers were reportedly surrounded by an angry mob with baseball bats around 6 or 7 p.m. Saturday on Ocean Parkway and 18th Avenue in Brooklyn.

The crowd demanded that the teens chant “free Palestine” before beating them, officials said.

Dov Hikind, a former atate assemblyman and founder of the grassroots coalition Americans Against Anti-Semitism, said in a tweet that the teens were “saved by a Muslim Uber driver who drove them to safety.”

Another incident Saturday in Brooklyn involved Orthodox Jews who were reportedly harassed in front of a synagogue on 16th Avenue by a group of males yelling “Free Palestine — kill all the Jews.”

Simcha Eichenstein, a state assembly member representing Borough Park and parts of Midwood in Brooklyn, wrote in a tweet, “We are hearing of multiple similar incidents that occurred over Shabbos. These perpetrators must be brought to justice.”

On Friday, the Hate Crimes Division released five photos of suspects sought in connection to an attack on a 29-year-old man wearing a yarmulke at 6:44 p.m. Thursday on Broadway near Times Square.

Calling the incident a “gang assault,” police said a group of males knocked the man down and beat him “while making anti-Semitic statements.”

During his arraignment Saturday in Manhattan Criminal Court, prosecutors told a judge that Awawdeh allegedly told one of his jailers, “If I could do it again, I would do it again,” the New York Post reported.

The Manhattan district attorney said 29-year-old Joseph Borgen was targeted in an unprovoked attack by Awawdeh, who called him a “dirty Jew” and said, “F–k Israel, Hamas is going to kill all of you.” 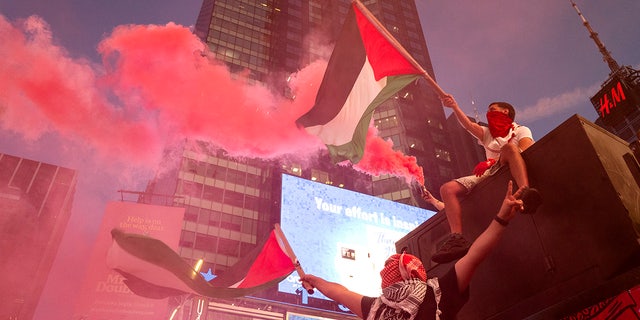 This photo from Thursday May 20, 2021, shows pro-Palestinian protesters during a demonstration in New York’s Times Square amid ongoing violence between Israel and Hamas that caused widespread destruction in the Gaza Strip. (AP Photo/Craig Ruttle, File)

“The amount of hate that is taking place these days is just mind-boggling to me,” Borgen said in an interview with WABC, adding that he has Asian coworkers who avoid riding the subway at night out of fear they will be attacked due to their race. “I mean, that shouldn’t happen to anyone in New York City. I’m blown away, this is just shocking to me.”

Another individual sought by police for a possible hate crime displayed an explosive device around 6 p.m. Thursday while riding in the back of pickup truck Thursday in the vicinity of 37 W. 47th St.,  where Israel/Palestine protests were being held.

The suspect threw the device, which detonated and caused burns to a 55 year-old woman, police said.

Video shared on social media showed the blast on a city street and people fleeing.