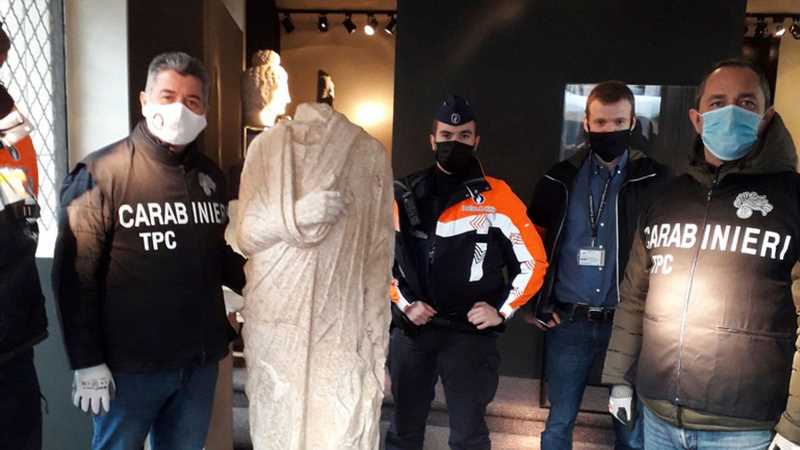 A first-century Roman statue has been recovered by two off-duty Italian police officers almost a decade after it was stolen.

The statue was stolen from the Villa Marini Dettina, an archaeological site on the outskirts of Rome, in November 2011 and has now been found in an antique shop in Belgium.

It was discovered by the off-duty officers from the Italian police’s archaeological unit. 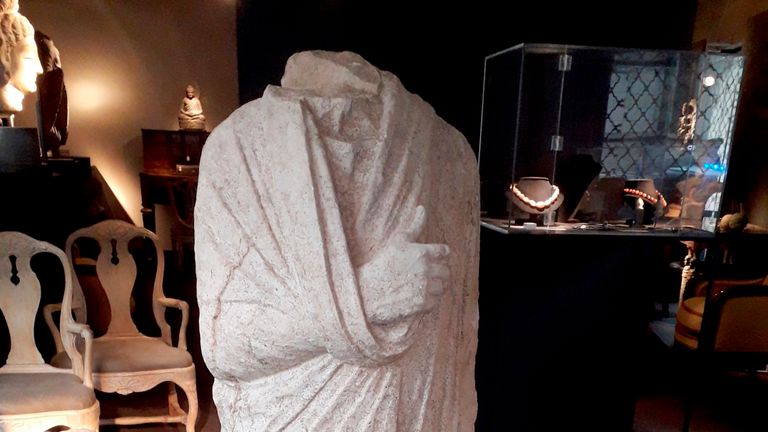 The two officers were on assignment in Brussels when they took a walk after work in the Sablon neighbourhood, known for its antique shops.

They spotted a statue that they suspected was from Italy and confirmed their suspicions when they cross-referenced it with their stolen antique database.

An Italian businessman, who used a Spanish alias, has been referred to prosecutors for further investigation. He is alleged to have received and exported the statue abroad, police said.

Italian authorities have been attempting to recover stolen antiques for years.

In 2019, a dozen pieces of artwork were returned to Italy by private auction house Christie’s. The items featured a marble fragment from the sarcophagus in Rome’s catacombs of St Callixtus, a piece worth £50,000.

In June 2020, officials found a stolen Banksy mural in Italy that was taken from the Bataclan concert hall in Paris.

The image was created in memory of the victims of the 2015 terrorist attack in the French capital. It was cut out and removed from the concert hall in 2019.