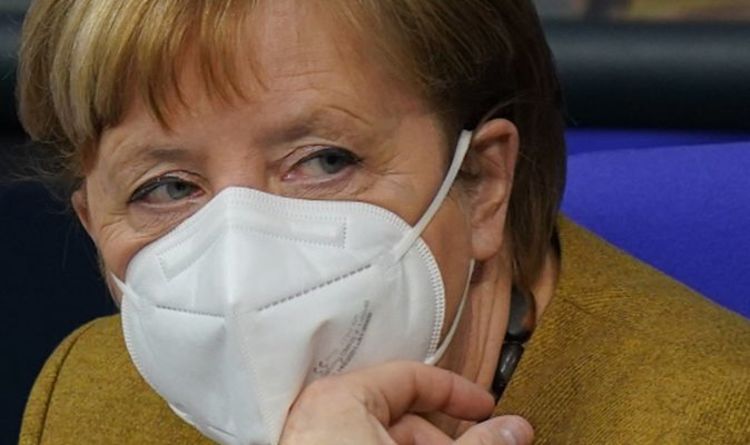 Mr Spahn, Angela Merkel’s close ally, allegedly drew up the plans but these were refused by the SPD labour ministry.

The shocking accusation, which Spahn denies, sparked calls for the minister to resign.

SPD leader Saskia Esken said: “[Spahn] quite clearly in the past year attempted to distribute masks that have not passed all the necessary tests to people who can not defend themselves against these bad masks, people with disabilities, people in homeless shelters and others.”

The allegations emerged just over three months before Germans go to the polls for the federal elections. 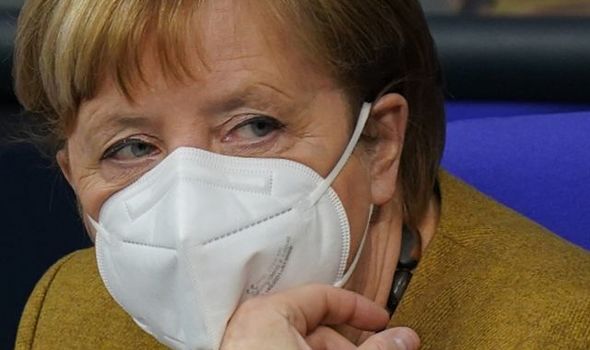 Angela Merkel and other high-ranking members of the CDU have backed Mr Spahn.

Angela Merkel’s government is facing increasing criticism over Germany’s vaccine roll-out which has descended into near chaos as it emerged 80-year-olds were having to fill in 10 forms before they could get a jab.

Just 10 percent of Germany’s adult population has received their first dose of the vaccine and the country does not even make the list of top 20 nations in terms of rates worldwide.

Britain has so far vaccinated 55 percent of its population while the US has a rate of 25 percent.

Ms Merkel has appealed to Germany’s 16 federal states, which are responsible for organising the vaccine roll-outs in their own jurisdictions, to avoid unnecessary bureaucracy.

She said: “Perhaps we’re very perfectionist at times and want to do everything right, because obviously whoever makes a mistake always faces quite a lot of public criticism.

“But there needs to be flexibility too. 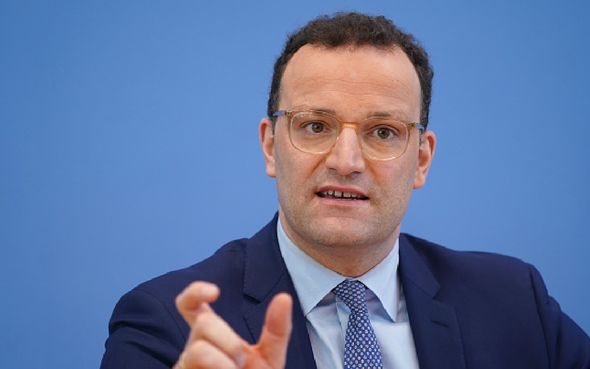 “That, I believe, is an attribute that we as Germans perhaps need to learn a little bit more, alongside our tendency towards perfectionism.”

But confidence in the vaccine programme is low after Germany joined other EU nations in temporarily suspending the use of the AstraZeneca shot over safety concerns.

And support for Ms Merkel’s ruling coalition has taken a hammering in the opinion polls as a result with the Greens closing in to just two points behind them ahead of a national election in September.

Support for the Christian Democrats (CDU) and their Bavarian CSU sister party – together dubbed the “Union” – has plunged to 25 percent, according to a Kantar poll published in May.

The fall of two percentage points from the previous week was the fourth consecutive decline in support for the conservative alliance to a level not seen since early March last year.

Bavarian premier and CSU leader Markus Soeder, a possible contender to replace Ms Merkel as chancellor in September, said: “There is a change of mood in the country.

“The Union must show that it still has strength and ideas and is not exhausted and worn out.