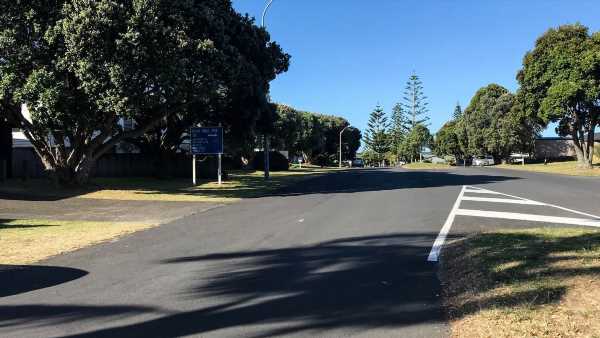 Police are continuing investigations into a New Year’s Day tragedy that left a teenager dead.

Authorities say more details may be released today in relation to an incident in Omaha, north of Auckland, where a young man was struck and killed by a vehicle in the early hours of yesterday morning.

The Herald understands the teen was a student at Auckland Grammar School and that a school counsellor travelled to Omaha to support the victim’s fellow students after the incident.

It is also understood that parents from the school community rallied to be there too.

A police spokeswoman said there is no official update on the crash itself and that the incident remains under investigation.

However, whether or not the victim’s name will be made public soon will be known later today, she said.

Emergency crews were called to Omaha Dr about 4am yesterday where a teenage boy was found dead, police said.

The driver of the vehicle involved is known to the victim.

“The driver of a vehicle is speaking with Police and assisting us with our inquiries,” a statement said yesterday.

“The Serious Crash Unit is investigating to establish the circumstances of how this tragedy has occurred.”

A resident in the area said she woken up by flashing lights in the early hours of yesterday and wondered what was happening outside.

She spotted four police cars on the street and which remained there throughout yesterday.

The woman told the Herald one of the distinct images she had in her mind was seeing a police officer at the scene holding on to a tree, seemingly for support.

One dead in crash with parked car in New Plymouth

The incident and another fatal crash about an hour later made for a grim start to the start to 2022.

A person was killed after the vehicle they were in smashed into a parked vehicle in New Plymouth.

Emergency services were called to St Aubyn St, at the intersection with Calvert Rd, just before 5am yesterday.

The incident resulted in long delays on State Highway 44 as emergency staff worked at the site.

Locals were advised to expect the area to be closed for several hours and to use alternative routes.

Another road death was recorded in the early hours of this morning after a motorcyclist was killed in a crash in Northland.

Emergency staff were sent to SH12 in Kaihū, in the Kaipara District, just before 12.30am after reports of an accident.

The male motorcyclist was pronounced dead at the scene, authorities said.

A pillion passenger suffered moderate injuries in the crash and was taken to WhangāreiHospital for treatment.

The circumstances of the crash are now being investigated by the Serious Crash Unit.

A total of 11 people have died in during the Christmas-New Year period. It is currently equal to last year’s road toll total, with three days to go.