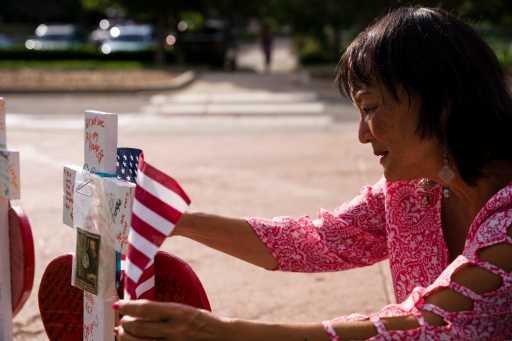 Ten years have passed since a gunman slipped into a midnight screening of “The Dark Knight Rises” at the Century 16 cineplex and opened fire into the crowd, ending 12 lives, leaving 70 others injured and forever linking the city of Aurora to America’s litany of shocking mass violence.

Among those killed on July 20, 2012: a 27-year-old celebrating his birthday with co-workers by catching the latest Batman movie. A high school football player. A Navy officer. A 6-year-old girl whose mother survived bullets to the neck and abdomen. An aspiring sports journalist.

The Aurora theater shooting, coming more than 13 years after the massacre at Columbine High School, once again threw Colorado into an unwanted spotlight as the site of another horrific mass shooting — and not, it would turn out, for the last time.

The loved ones of the moviegoers killed and injured that summer night were left to deal with the aftermath, forced to relive the worst day of their lives over and over as the prosecution of the gunman dragged on for years — including a 4-month-long trial — until he finally was given 12 life sentences plus 3,318 years in prison in August 2015.

On Wednesday, Coloradans once again remember the lives lost in Aurora that night a decade ago in one of the state’s most devastating mass shootings.

The lives lost in the Aurora theater shooting