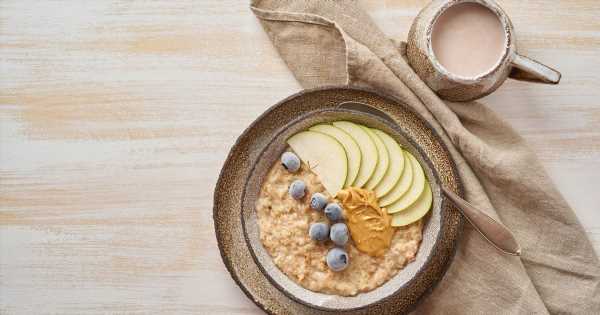 A quarter of adults skip breakfast at least four times a week – because they are too busy or have nothing ‘appealing’ to eat.

A study of 2,000 adults found 15 per cent claim they simply don’t have time to sit down and eat the first meal of the day.

But 14 per cent skip the meal because they have nothing in the cupboards that they feel like eating.

It also emerged even those who do attempt to start the day the right way might not be fuelling up adequately.

The study commissioned by McDonald’s UK found 74 per cent consider a single slice of toast to be ‘sufficient’.

Others make do with a cup of tea (42 per cent) or coffee (44 per cent) to get them ready for the day ahead.

Despite this, 55 per cent consider breakfast to be the most important meal of the day, while 73 per cent enjoy it – rather than see it as simply a necessity.

But 28 per cent rarely have what they really want for breakfast.

It also emerged those who skip breakfast only last until an average of 10:26am before they start to feel tired.

And 22 per cent get less done at work and to a lesser standard when they’ve had nothing to eat first thing.

But 45 per cent would be less likely to go without if they could get breakfast delivered to their home or place of work.

Just over a fifth also like to have something sweet for breakfast, while 38 per cent prefer savoury.

The study, carried out via OnePoll for McDonalds, which offers contact-free ordering via the My McDonald’s App as well as McDelivery, also found one in 10 adults have been known to post pics of their breakfast on social media.

And 15 per cent of those who have done so, have actively sought out a breakfast which will look good on the likes of Instagram – in order to secure likes.