Home » World News » ‘One of the nicest people ever’: Shock after arrest of pilot over missing campers

Friends of a man arrested over the mysterious disappearance of campers Russell Hill and Carol Clay say they’ve been left scratching their heads at his potential involvement, as the wider aviation industry is left reeling from the airline pilot’s dramatic arrest.

Extensive questioning of Gregory Lynn, 55, of Caroline Springs, was expected to continue on Wednesday, after special operations group police descended on his remote campsite at Arbuckle Junction, north of Sale, via helicopter about 5.30pm on Monday.

The pilot was wanted for questioning over the disappearance of Mr Hill and Ms Clay, who vanished from the remote Wonnangatta Valley in the high country in March last year.

No charges have been laid.

My Lynn’s childhood friend Adrian Bootes warned people on Wednesday not to jump to conclusions while the case remained under investigation.

“Greg was a close friend till age 19. I am incredulous at the report,” he said. 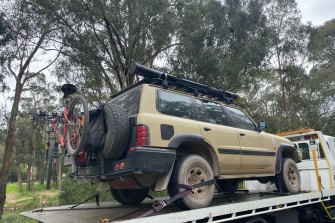 The vehicle seized by police in Gippsland.Credit:Nine News

People who worked with My Lynn, who was formerly employed by major airlines including Qatar and Jetstar, were told on Wednesday they were no longer allowed to publicly comment.

The advice came hours after Jetstar released a statement saying Mr Lynn had been officially removed from duty as a result of his arrest.

One Jetstar employee, who asked for her name to be withheld for fear of losing her job, said Mr Lynn came across as nice. Others questioned whether police had the wrong man.

“I have flown with him a number of times. He is the most amazing pilot. Greg is one of the nicest people ever. I don’t know what happened,” she said.

Almost two days after his arrest at the rural campsite, Mr Lynn remains in custody as investigators work to piece together their case.

At his home in Caroline Springs, in Melbourne’s west, the blinds remained drawn and the driveway empty.

One neighbour, Chahn, who asked for her surname to be withheld, said Mr Lynn would share vegetables grown in his garden and fish caught in Victoria’s high country when he returned from camping trips.

The resident said she had made arrangements to visit their home before his arrest.

“He’s very calm and friendly. Every time I see him he’d say hello,” she said.

Neighbour Amin Khandakar said Mr Lynn, like most pilots, was grounded when COVID-19 hit and had been out for work for some time.

He said he first became aware of police activity at the home on Monday when several unmarked police cars and forensics teams parked outside the house.

“He’s a bit of a closed man,” Mr Khandakar said. 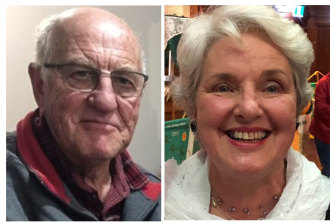 John Vella, who lives around the corner from Mr Lynn, said he noticed the man’s car had recently been repainted.

Online, Mr Lynn – a keen camper, fisherman and beekeeper – appeared smiling in pictures with his family in the months following Mr Hill and Ms Clay’s disappearance. 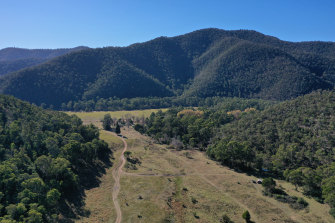 An aerial view of the Wonnangatta Valley.Credit:Jason South

He camped with others at Lake Cobbler, in the Alpine National Park east of Mansfield, in April this year and canoed along the Glenelg River in January.

They also fished in Walhalla, a small Gippsland town, where Mr Lynn filmed himself four-wheel-driving through a teeming Thomson River.

Mr Lynn’s Nissan Patrol has since been seized by police and taken for forensic examination.

A Victoria Police spokeswoman said the investigation was ongoing.