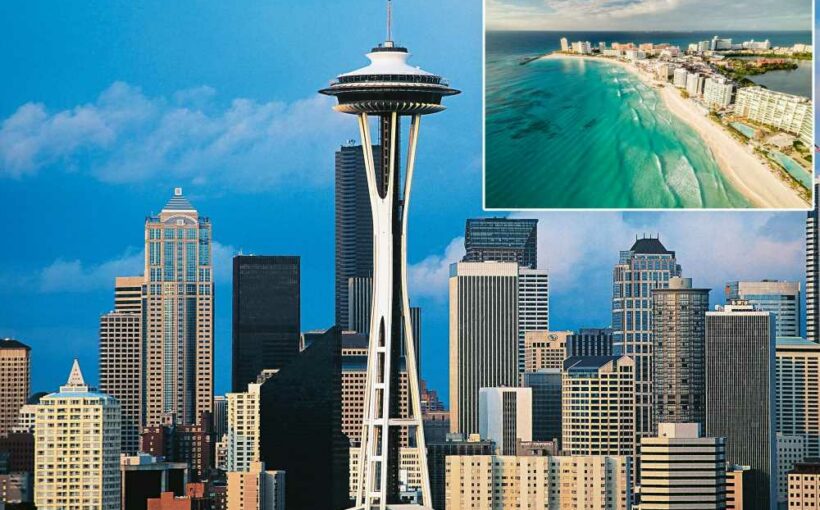 Move over Mexico! If you want to bake in North America’s hottest region this weekend, book a trip to Seattle or Vancouver.

An “unprecedented” severe weather system is expected to send the mercury “skyrocketing” into the triple digits across the northwest, and possibly shatter records early next week, meteorologists said.

“There’s going to be a really intense ridge of high pressure that is going to build across the Pacific Northwest from Oregon, Idaho, British Columbia and Alberta, Canada,” John Feerick, Accuweather senior meteorologist told The Post Wednesday night.

“It’s going to be one for the record books for sure. There will be places that set their all-time record high for any date, period,” Feerick added.

That includes the nation of Canada, whose all-time record high of 113 could be in jeopardy, as scorching temps are expected to extend all the way north to the Yukon Territory, experts predicted.

“Seattle for example, probably will get over 100 as we head into Sunday. Portland is going to be over 100 both days this weekend. There’s going to be some places across the interior that will climb over 110 for the weekend into early next week,” Feerick warned.

A lack of water in the region is expected to make things worse, the forecaster said.

“There’s been a lot of dryness out west and a long term drought, which helps to fuel the heat. When you have dry ground it’s easier to heat things up,” Feerick said.

“It’s pretty rare… this is one that is going to significantly impact the record books.”

Katharine Hayhoe, a climate researcher and the chief scientist for the Nature Conservancy, partially attributed the wild weather to climate change, in an interview with CNN.

“We always have a chance of extreme heat, particularly in the summer: But as the world warms, we see that summer heat waves are coming earlier, lasting longer and are becoming hotter and more intense.”

Feerick agreed that weather patterns are becoming less stable, but said conclusions can’t be drawn from a singular event.

“Certainly extremes seem to be happening more frequently… but to blame one specific weather event on climate change is kind of speculative,” the meteorologist explained. “Weather happens.”

New York City and the rest of the northeast are expected to escape any type of severe weather during the first weekend of the summer.

“It’s going to be kind of your normal summertime heat and humidity.”