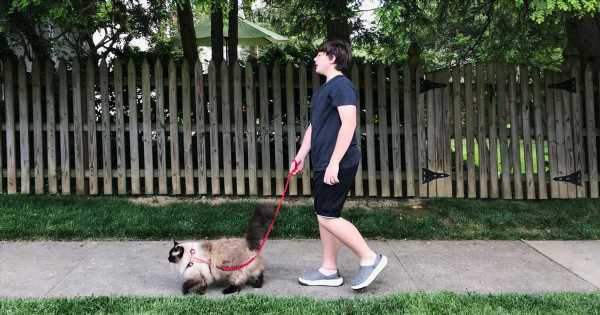 A major city has plans in the works to ban pet cats from being allowed outside without being on a leash.

A motion has been submitted to Toronto City Council in Canada, with some environmentalists arguing that roaming cats pose a threat to local ecosystems as well as bird and rodent populations.

There are also concerns around cats endangering themselves, either being hit by vehicles or attacked by other wildlife.

The proposals are looking to alter an amendment to the city's bylaws. Currently, a proposed change seeks to prohibit pets from being allowed to roam "at large" with the exception of cats and domesticated pigeons, according to CP24.

A new motion, filed by Councillor Shelley Carroll, seeks to remove the exception for cats (although cats on a lease will be allowed).

Councillors on the city’s economic and community development committee voted in favour of Carroll's motion.

“It is horrendously traumatic when you find a cat that has met with misfortune.”

Addressing the committee on Wednesday, Nathalie Karvonen – Executive Director of the Toronto Wildlife Centre – cited a 2013 study from Environment Canada stating that roughly 200million birds are killed by cats in Canada each year.

However, the bylaw that Carroll is seeking to change hasn't yet been approved.

It did not feature on a staff report regarding changes to the city's municipal code dealing with animals this week, and still requires the approval of the majority of Toronto City Council.

Arguing against the motion, Carleton Grant, executive director of Toronto's licensing and standards division, slammed it as “impossible” and “problematic.”

This comes after a council in Australia approved a law banning roaming cats in November last year.